What Avika Gor, Manish Raisinghan Say About 'Sick' Rumours Of Them Dating 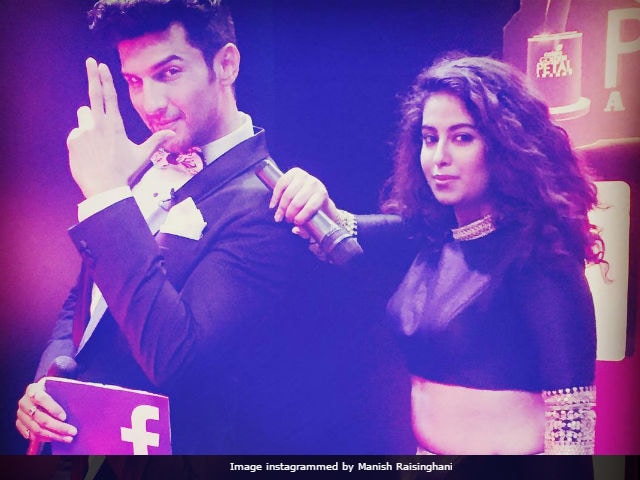 New Delhi: Actress Avika Gor was only 13 when she met actor Manish Raisinghan on the sets of Sasural Simar Ka, on which they were cast as a married couple. Manish, now 37, is 19 years older than Avika - despite the age difference, the actors played Roli and Siddhant Bharadwaj on Sasural Simar Ka and the chemistry between them was noted by the audience. Showbiz gossip insisted Avika and Manish were dating for real, rumours that the screen jodi have always denied. Now, both have spoken to Times Of India, clarifying their relationship status or lack of it. Avika Gor, now 19, told Times Of India that Manish is "just a few years younger than (her) father, so there is no scope for any romantic involvement." Manish Raisinghan said that "it came as a shock" when rumours of their alleged affair started doing the rounds. He reportedly "distanced" himself from Avika after hearing of the rumoured romance.

Manish Raisinghan told Times Of India, "The gossip affected me in the beginning and I was stupid enough to maintain a distance from Avika. I became conscious and irritable during that phase. The rumour made me sick. I have never dated her; she is almost half my age." They are plainly "compatible," given their screen chemistry, but Manish has "never seen Avika that way".

Avika insisted that she and Manish are great friends. She said, "We share a unique bond of friendship, which is inexplicable. It is based on understanding, respect, honesty and maturity. We are BFFs and he is a strong support system," the actress told Times Of India. The actors have names for each other - Avika calls Manish 'Shin Chan,' and Manish calls her 'Mitzi.'

Promoted
Listen to the latest songs, only on JioSaavn.com
Avika Gor and Manish Raisinghan are gearing up for their second outing at the Cannes Film Festival with their short film, I, Me, Myself. The film, written by Avika, deals with the lives of teenagers. Last year, Avika and Manish's short film Ankahee Baatein was selected for the Short Film Corner at the Cannes Film Festival.

Avika Gor, who played the young Anandi in Balika Vadhu, will make an appearance as a celebrity guest on a comedy show in Kazakhstan next.