Alia Bhatt said: "I would rather remember how much she had praised me after watching Raazi" 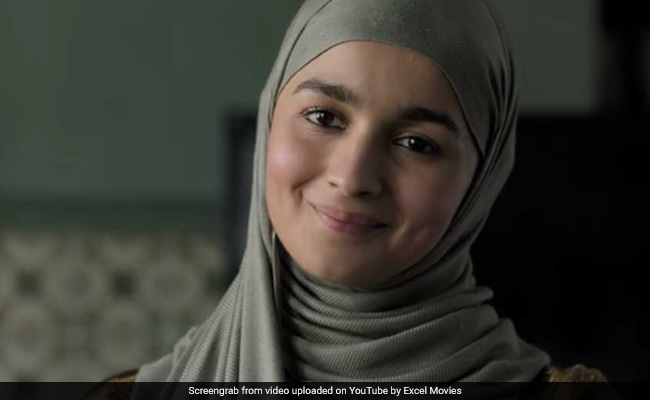 Actress Kangana Ranaut recently said that she was 'embarrassed' that Alia Bhatt in Gully Boy was considered her competition, to which the Student Of The Year actress said that she "respects her opinion," reports Pinkvilla. "I respect Kangana's work a lot and I respect her opinion. If she feels a particular way she must have reason to feel that way. I would rather remember how much she had praised me after watching Raazi. And I'd just like to focus on my work. Maybe she will appreciate me again if I work hard enough," she said. Alia Bhatt is currently promoting Kalank, which is slated for April 17 release.

BollywoodLife conducted a poll for Best Actress for 2019 (so far), in which Kangana emerged victorious for her role Manikarnika: The Queen Of Jhansi. After winning the poll, Kangana Ranaut said: "I am embarrassed...What is there to beat in Gully Boy performance... Same snappy muh-phat (outspoken) girl... Bollywood's idea of a fiery girl, woman empowerment and good acting, spare me this embarrassment, please. Media has taken filmy kids love too far... Stop pampering mediocre work or else bar will never be raised."

This is not the first time Kangana targeted Alia Bhatt in her interviews. She told Pinkvilla in February that Alia Bhatt "grows some spine" and supports films about woman empowerment and nationalism. She also said: "I hope she understands the true meaning of success and her responsibilities... nepotism gang life is simply restricted to giving and taking favours, hope she rises above that."

Kangana Ranaut is currently filming Panga and her other upcoming projects are Mental Hai Kya?, the Jayalalithaa biopic and an action film, which she will direct.