What Alia Bhatt Posted A Day Before Her Birthday

Alia Bhatt, may you get all the cake you want on your birthday 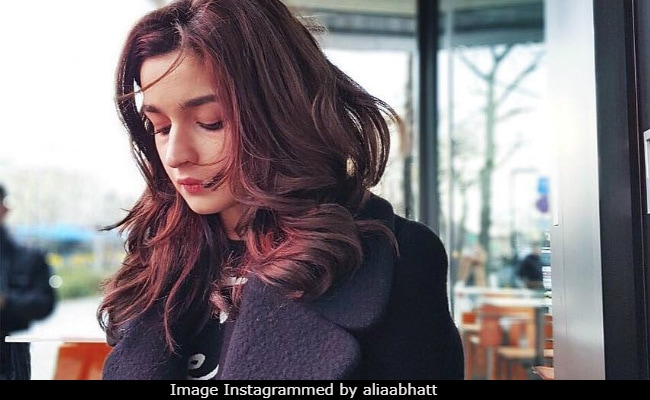 New Delhi: Have you seen Alia Bhatt's new post on Instagram? It's so pretty! It's yet another entry to Alia Bhatt's Bulgaria diaries on Instagram. The actress is in Bulgaria for filming Ayan Mukerji's Brahmastra and will reportedly have a working birthday on Thursday. But ahead of that, here's how she's making Instagram look so pretty. Posting a photo of herself, she borrowed the lyrics of the song Lemon Tree by Fool's Garden and wrote: "I wonder how, I wonder why." The last time Alia captioned a photo with song lyrics is for a similar click also from Bulgaria. That time it was U2 helping her out with Beautiful Day.

See her new and old posts:

I wonder how, I wonder why

its a beautiful day, don't let it get awayyy

Here are some other posts made by Alia Bhatt all the way from Bulgaria.

in the maze of her imagination

Promoted
Listen to the latest songs, only on JioSaavn.com
Now, about her birthday, a Mumbai Mirror report states that the Brahmastra schedule is so tight that the actress can't even get a full day off for birthday celebrations. "Alia will spend her day shooting. It's a hectic schedule so she can't afford a day off but there will definitely be a celebration on set," Mumbai Mirror quoted a source as saying. Alia Bhatt is in Bulgaria with her Brahmastra co-star Ranbir Kapoor and director Ayan Mukerji. Karan Johar also reportedly had plans of joining his Student Of The Year in Bulgaria but had to drop them as he plans to host a gala birthday bash for his mother Hiroo Yash's 75th birthday.

Brahmastra also stars Amitabh Bachchan (who is currently shooting for Thugs Of Hindostan in Jodhpur) and Mouni Roy (who plays a villain). Brahmastra is a trilogy produced by Karan Johar, the first part of the movie is expected to release next year. Alia Bhatt also has Meghna Gulzar's Raazi and the Sanjay Dutt biopic in the pipeline.
Comments
Alia BhattAlia Bhatt birthday