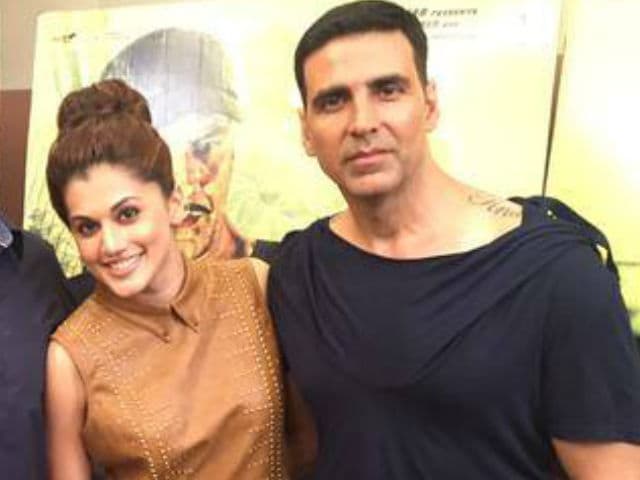 This image was posted on Facebook by Baby The Film

Mumbai: The shooting for the upcoming sequel of the 2015 film Baby titled Naam Shabana has begun, shared actor Akshay Kumar.

Akshay, who will reportedly make a special appearance in the film, took to Twitter to share a photograph of the film's clapboard. It is being helmed by filmmaker Shivam Nair and will be produced by Shital Bhatia.

A unique attempt,for the very 1st time in Indian cinema.Get ready 2 be surprised, #NaamShabana coming ur way next yr pic.twitter.com/PIkawLcEQr

"A unique attempt, for the very first time in Indian cinema. Get ready to be surprised, Naam Shabana coming your way next year," the Khiladi star captioned the image.

The film stars Taapsee Pannu in the titular role.

"I am starting the next part of baby called Naam Shabana, where I play the title role," Taapsee told IANS over phone from Hyderabad.

Promoted
Listen to the latest songs, only on JioSaavn.com
Baby, directed by Neeraj Pandey, revolved around an elite team of the Indian intelligence system perpetually strives to detect and eliminate terrorists and their plots.