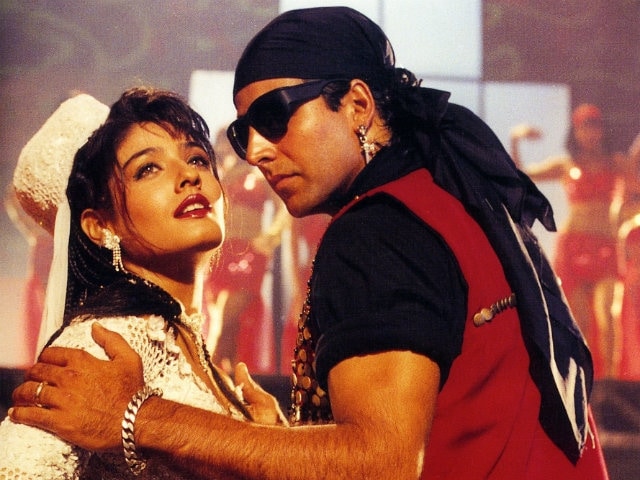 Akshay Kumar and Raveena Tandon in a still from the song

New Delhi: Remember Akshay Kumar and Raveena Tandon dancing to Tu Cheez Badi Hai Mast Mast in 1994 film Mohra? There will soon be a remake of the song and the Khiladi actor is "very happy" with the news, reported news agency PTI. The reprised version of the Mohra song will be made for director duo Abbas-Mustan's upcoming film Machine, which will also mark the acting debut of Abbas Burmawalla's son Mustafa. "Akshay is aware that we are recreating the song and he is okay with it. We need his blessings. He is our Khiladi. He is very happy. He said he will come and launch the song as well," Abbas told PTI.

Machine stars actress Kirara Advani along with Mustafa, both of who will feature in this year's remake of Tu Cheez Badi Hai Mast Mast . "We are yet to shoot for the song. We are very excited," Mustafa told PTI. It will be the latest in a series of recent remixes that included Amitabh Bachchan's Saara Zamana, Zeenat Aman's Laila and A R Rahman's Hamma Hamma.

Newcomer Mustafa issued a disclaimer, saying that the Machine version of the hit track should be considered on its own and not compared to the original one. "The song shouldn't be compared as it's difficult to get into Akshay Kumar's shoes. It's a small tribute to them," he told PTI.

Kiara Advani said that she and her co-star will definitely look forward to feedback from Akshay and Raveena. "We would most definitely want to show the song to them. The first people whose acceptance we want is of Raveena Tandon mam and Akshay Kumar sir," Kiara told PTI.

Promoted
Listen to the latest songs, only on JioSaavn.com
Last year, actress Alia Bhatt Instagrammed a clip of herself recreating Raveena Tandon's dance moves from another Mohra song Tip Tip Barsa ahead of the release of Akshay Kumar's film Rustom.

Machine is scheduled to hit screens on March 24. Meanwhile, Akshay Kumar was recently seen in Jolly LLB 2 and has movies like 2.0 and Toilet: Ek Prem Katha lined up for release.