"I had to pull up all my tricks out of the bag because even after 20 years, I still can't help but want to impress her," Akshay Kumar said 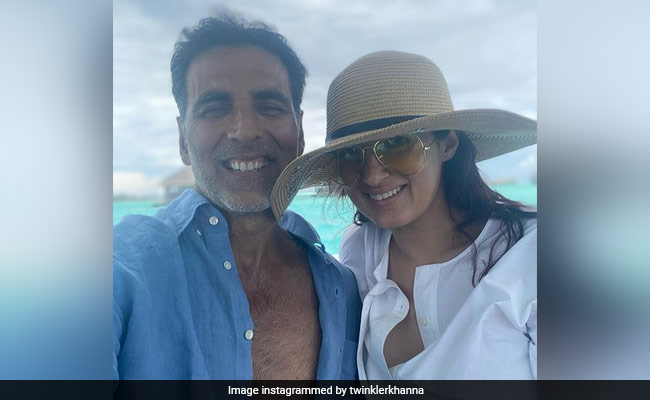 Ahead of the release of Akshay Kumar's upcoming film Bell Bottom, makers of the film unveiled a BTS video featuring Akshay performing some stunts in the jungle. The video also features some clips of Akshay, in which he can be seen talking about how he tried to impress his wife, actress-author Twinkle Khanna, with his stunts as she happened to be visiting the film's sets during the shooting of the sequences. In the video that both Akshay Kumar and Twinkle Khanna shared on Instagram, the 53-year-old actor said: "My wife happened to be visiting on the set when we shot this sequence in the jungle. So, I had to pull up all my tricks out of the bag because even after 20 years, I still can't help but want to impress her." He went on to share that while shooting the sequences, he always tried to beat "other boys" to impress Twinkle. "I had to do the most chin ups because there were other boys also but I had to do more than that. So that she always be impressed with me. Luckily my wife notices everything so it's never in vain," he said.

Akshay Kumar also shared the video on his Instagram profile and wrote: "Lights, camera, #BellBottom in action. Catch this behind the scene video! Releasing on the big screen also in 3D, on 19th August."

Twinkle Khanna and Akshay Kumar got married in 2001. The couple are parents to two children - Aarav and Nitara. They have worked together in films like International Khiladi and Zulmi.