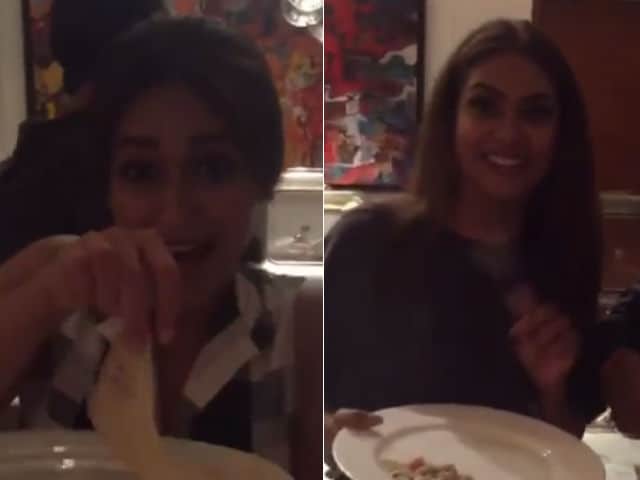 Stills from the video posted on Instagram by Asin

Asin, who married Micromax boss Rahul Sharma in January, hosted a dinner party for Akshay and his colleagues, Ileana D'Cruz and Esha Gupta, at her residence on Monday night.

In a video posted by her, Ileana looked particularly excited to be eating 'Rustom appams' for dinner.

Also present were Zenobia Kohla and Jennifer, Akshay Kumar's secretary and stylist respectively. A good time was had by all.

Akshay Kumar, who will be seen playing the eponymous naval officer of the title in Rustom, is not just close friends with Micromax co-founder Rahul, but has also worked with Asin in Khiladi 786. Akshay was 'Best Man' at Asin and Rahul's wedding.

The cast and crew of Rustom are currently on a promotional tour, with Gurgaon being their latest pit stop.

Rustom, which is based on the real life Nanavati case, will release on August 12.