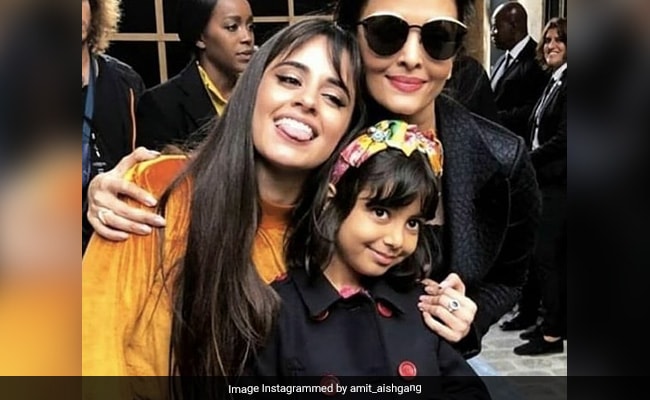 My Oh My is not merely the name of Camila Camello's album, it also pretty much sums up our reaction after seeing a throwback picture of Aishwarya Rai Bachchan and her daughter Aaradhya with the Senorita singer. The Internet, on Thursday, chanced upon one helluva throwback picture of the trio and we can't keep calm. The photograph appears to be from Paris Fashion Week 2019, where the Guru actress was accompanied by her daughter Aaradhya and singer Camila Cabello was one of the attendees. Aishwarya walked the ramp for ace designer Giambattista Valli at the fashion week. In the picture, the mother-daughter duo could be seen twinning in black outfits, while Camila wore a bright yellow top and blue jeans. The picture shared by several fan clubs is trending a great deal on social media.

Aishwarya Rai Bachchan, who has been representing the cosmetic giant L'Oreal for years, is also a regular at the Cannes Film Festival. Last year, the actress walked the red carpet in an iridescent yellow fish-cut gown from Jean-Louis Sabaji's couture. Her second red carpet appearance was in a white dress of tulle and feathers by Ashi Studio, accessorised with diamonds.

Check out her looks here: 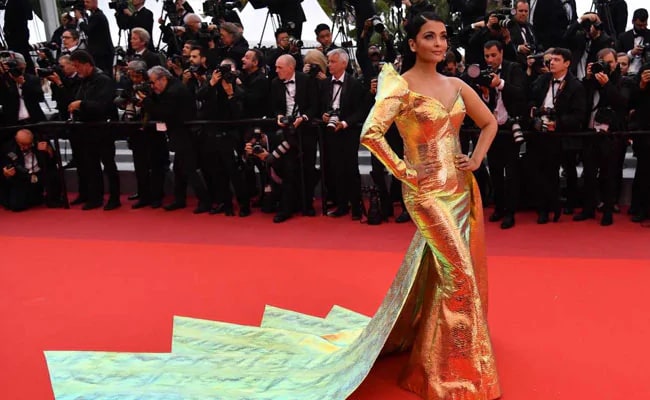 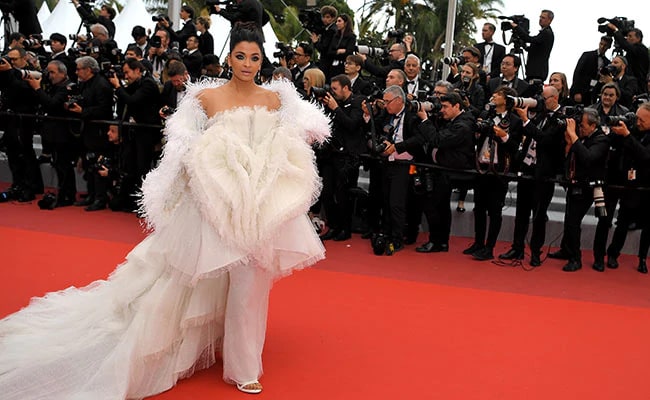 Aishwarya Rai Bachchan in an outfit by Ashi Studio.

Camila Cabello became a household name with Fifth Harmony and her debut single Crying In The Club released in May 2017. She is best-known for her tracks like I Know What You Did Last Summer, Bad Things, Havana and Never Be The Same among many others.