The Bachchan family returned to Mumbai after holidaying in Maldives 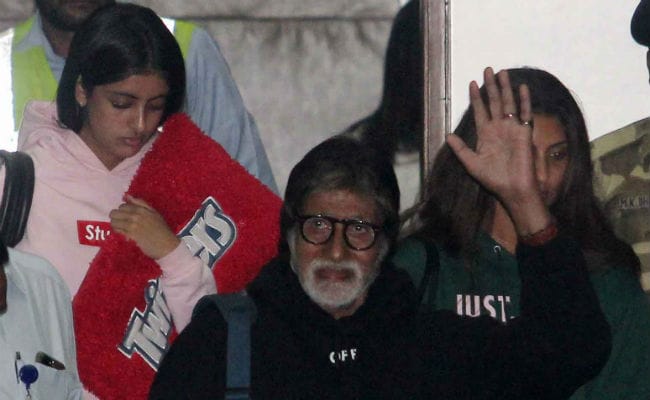 New Delhi: Megastar Amitabh Bachchan and his family returned to Mumbai on Friday night from their vacation in Maldives, where they celebrated Big B's 75th birthday. Amitabh Bachchan was photographed in Mumbai yesterday along with son Abhishek, daughter-in-law Aishwarya Rai and wife Jaya Bachchan. The Bachchans looked cheerful and happy while they smiled and waved at the paparazzi for some perfect pictures. Amitabh Bachchan's daughter Shweta Bachchan and granddaughter Navya Naveli Nanda also accompanied him. We also spotted little Aaradhya, who was with her mother Aishwarya inside the car. The Bachchans were dressed in track suits except Aishwarya, who looked pretty in a white suit. Here are pics of the Bachchans' arrival in Mumbai. 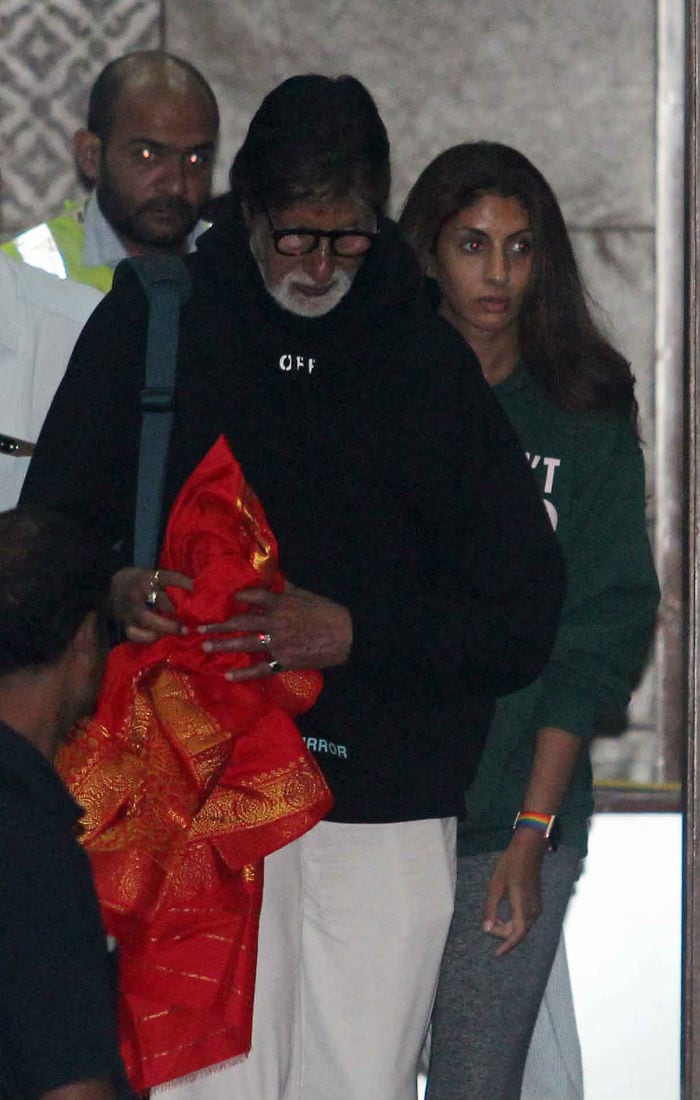 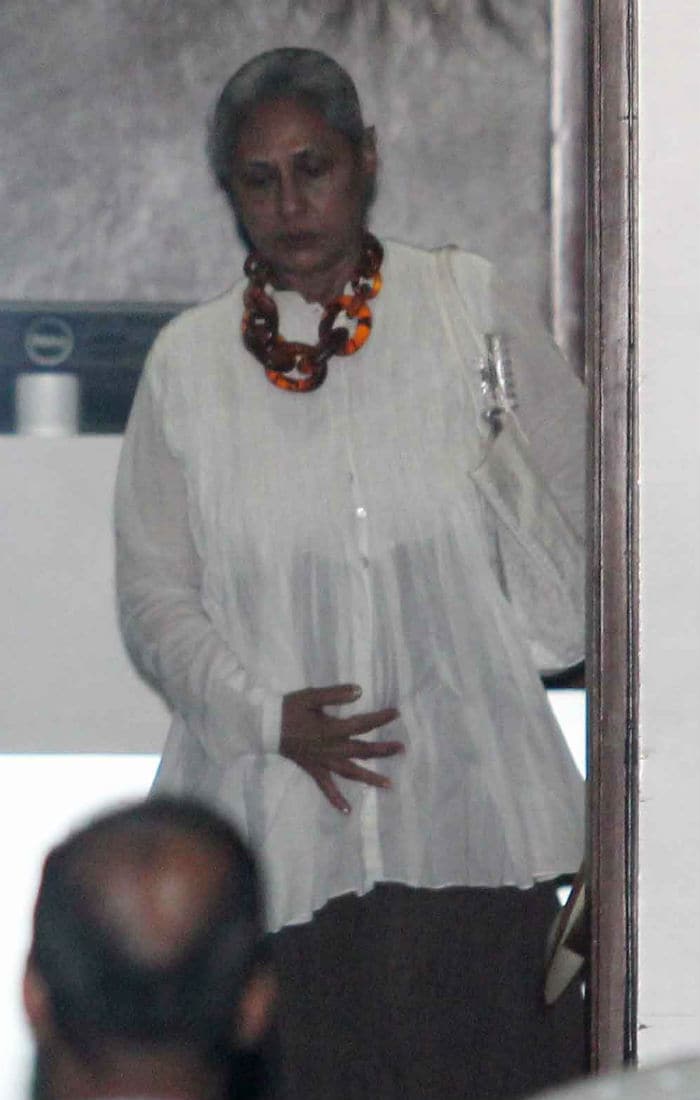 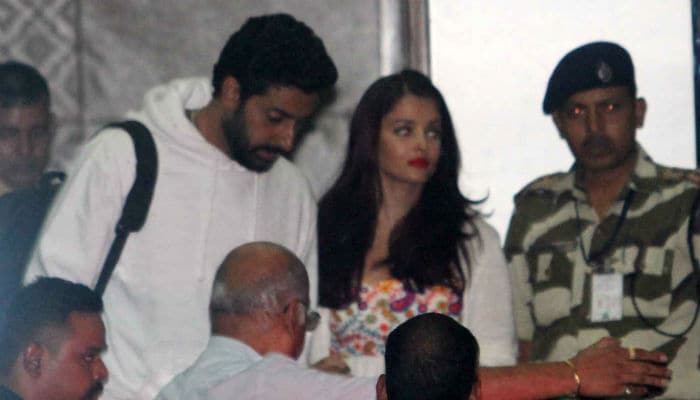 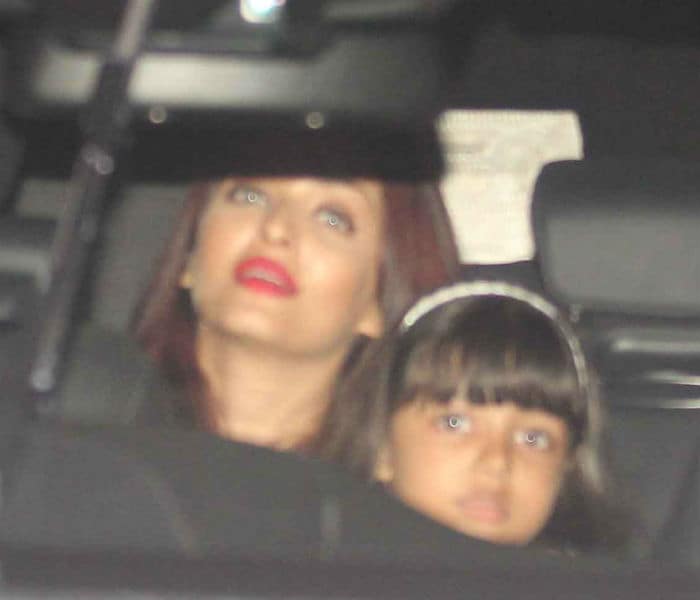 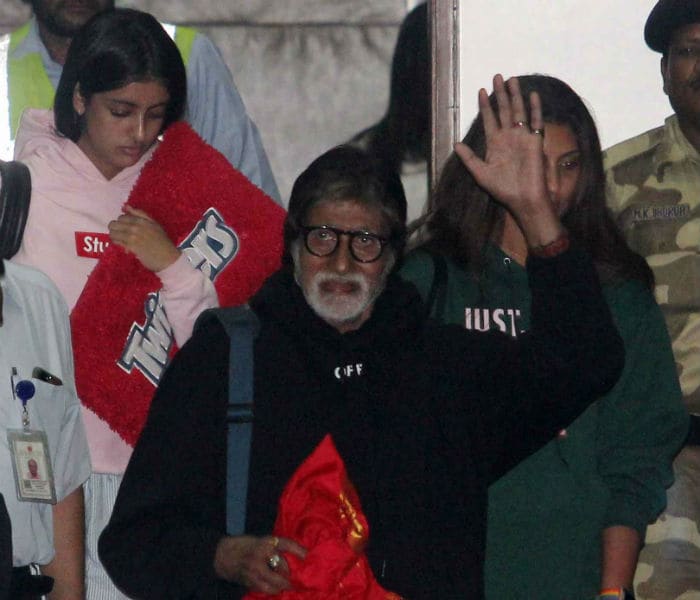 Amitabh Bachchan had decided to skip a grand birthday bash and had planned to spend some family time in Maldives on his birthday this year. Unlike his splendid birthday celebrations in 2012, this year Amitabh Bachchan holidayed with his loved ones in Maldives. It seems Maldives is Bachchan family's favourite holiday destination as in 2016, Abhishek's 40th birthday celebrations were also held in the exotic island country.

One of Amitabh Bachchan's friends had earlier told about Big B's birthday plans to mid-day: "They had enjoyed the Maldives trip so much that they decided to re-visit it. They will be putting up at the same hotel that they stayed in, during Abhishek's birthday. In fact, Abhishek has planned a yacht party for the whole family again. They have taken time off from their respective work commitments to be part of the celebrations. Aishwarya will shoot for Fanney Khan for a week before heading out on the break. Big B has also intimated the team of Kaun Banega Crorepati about his impending holiday."

Well, we are definitely sure that Big B must have had a great family time in Maldives on his special day.

Now, when Amitabh Bachchan is back from the holiday, he will resume his ongoing projects in Bollywood. Big B, who is currently hosting the 9th season of Kaun Banega Crorepati, will feature in Thugs Of Hindostan, co-starring Aamir Khan and Katrina Kaif while Aishwarya Rai Bachchan is prepping up for Rakeysh Omprakash Mehra's Fanney Khan, co-starring Anil Kapoor.

Earlier, it was also reported that Aishwarya might share space with her husband in Vashu Bhagnani's comedy drama titled Sundarkand, but both the actors have still not given any confirmation about it.
Comments
Amitabh BachchanAishwarya Rai BachchanAmitabh Birthday