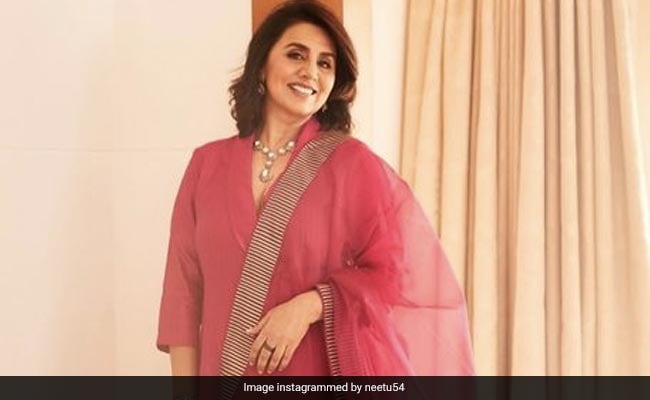 Neetu Kapoor needs no introduction in the world of Bollywood. The actress, who made her foray into the world of cinema as a child star, has continued to enthrall audiences over the decades with her fine acting prowess and charm. Now, Neetu Kapoor has made a comeback of sorts with a full-fledged role in Dharma Productions' latest offering JugJugg Jeeyo. Paired opposite Anil Kapoor, Neetu Kapoor plays the matriarch in the family comedy-drama that promises to be a fun ride. If Neetu Kapoor's spirited performance in the film has left you asking for more, we recommend you take a look at the actress' extensive filmography to find some more gems.

To make your job easier, we have curated a list of five such films that will make you weekend binge a lot more entertaining.

This film stars Neetu Kapoor with her husband, the late Rishi Kapoor and the couple's onscreen chemistry is fiery to say the least. Watch it for the amazing story and the banger music album including hits like Ek Main Aur Ek Tu and Khullam Khulla Pyaar Karenge.

This 2010 release features Neetu Kapoor and Rishi Kapoor as a married couple, dealing with the various challenges life throws at them. The Habib Faisal film is a comedy that will leave you asking for more and Neetu Kapoor's subdued performance is worthy of your attention.

Another Neetu Kapoor starrer that features her opposite Rishi, Kabhi Kabhie is a celebration of love, both young and old. The film boasts an ensemble cast including Waheeda Rehman, Amitabh Bachchan, Rakhee Gulzar, and Shashi Kapoor but Neetu Kapoor holds her own among the stalwarts.

This Manmohan Desai masterpiece features Neetu Kapoor opposite – you guessed it right – Rishi Kapoor. Another multi-starrer, this film is bound to make you laugh, cry and swoon a little.

This Bollywood classic headlined by Amitabh Bachchan, features Neetu Kapoor in a prominent role. She is paired opposite Shashi Kapoor's Ravi Verma and is a breath of fresh air in the movie that cemented the "angry young man" troupe in Hindi films.

Tell us which of these movies you will be binge-watching this week.