"We Were Dealing With Corona And Kareena:" Aamir Khan On The "Complications" While Filming Laal Singh Chaddha

"We are like one more gust of wind has pushed us in another direction," said Aamir Khan 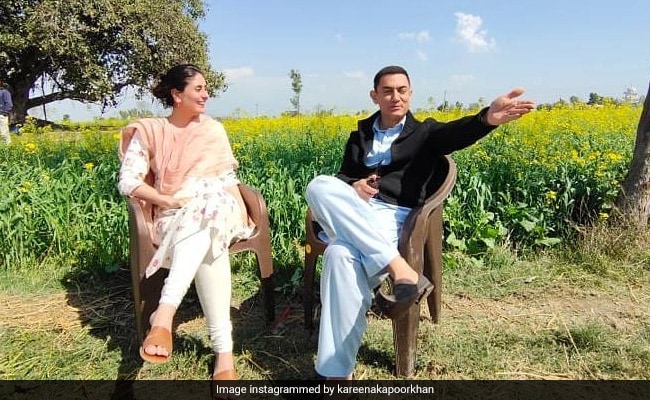 Aamir Khan, who is officially a social media recluse now, started trending after a snippet from an interview  was shared by a fan club dedicated to the actor on YouTube recently. In the video, the actor, along with his filmmaker wife Kiran Rao, can be seen talking about his forthcoming project Laal Singh Chaddha, a Hindi remake of the 1994 classic Forrest Gump, which starred Tom Hanks in the titular role. In the video, Aamir Khan can be seen talking about the "complications" that they had during the shooting of Laal Singh Chaddha. Referring to his co-star Kareena Kapoor's pregnancy during the shooting of the film, Aamir Khan said, "While the rest of the world was dealing with Corona, we were dealing with Corona and Kareena who was the heroine of the film, she got pregnant, another complication, so we are like one more gust of wind has pushed us in another direction."

The actor added that the film's director Advait Chandan and he would often joke that "when we took on this film, our lives have become like a feather - different winds are pushing us in different directions, and we are just kind of flowing with it and we are just going to figure out where we land up by the end of the film."

Kareena Kapoor, who shot for the film during her pregnancy last year, shared a picture with Aamir and she wrote in her post: "And all journeys must come to an end. Today, I wrapped my film Laal Singh Chaddha...Tough times... The pandemic, my pregnancy, nervousness but absolutely nothing could stop the pass on with which we shot, with all safety measures of course."

Laal Singh Chaddha is Aamir Khan's second project with Kareena Kapoor after the 2009 hit 3 Idiots. The film also stars Mona Singh. The film has been produced by Aamir Khan Productions.