"We Celebrate You Today," Writes Mandira Bedi In Birthday Post For Daughter Tara

"One year today since you came into our lives, sweet, sweet Tara," wrote Mandira Bedi 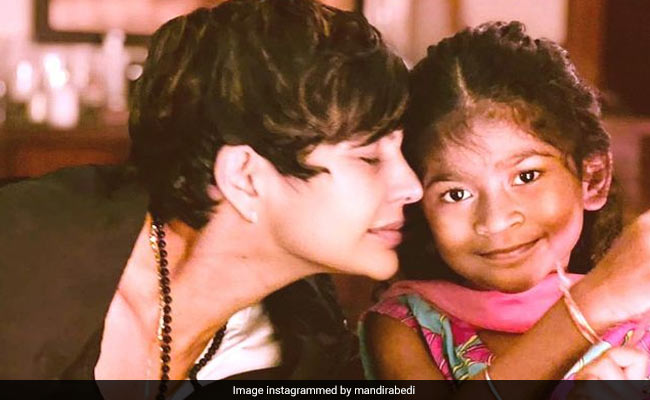 Mandira Bedi, who adopted daughter Tara last year on this date, shared a special post dedicated to her on Instagram. Posting a set of pictures with her daughter Tara, she added an equally adorable caption that read: "28th July! One year today since you came into our lives, sweet, sweet Tara... And so we celebrate you today...It's your 5th birthday, my baby. I love you so much." The actress added the hashtag #beginagain to her post. Mandira Bedi and her late husband Raj Kaushal, who previously revealed they wanted to adopt a daughter, welcomed Tara into the family in July last year. Mandira Bedi married Raj Kaushal in the year 1999. Their son Vir, 10, was born in 2011.

Actress Vidya Malavade, who was also present at Raj Kaushal's prayer meet earlier this month, wrote in the comments: "Aww... God bless our angel Taroooo and her beautiful mommy. Sending an ocean of love to you my M." The comments section was filled with greetings for the family.

Mandira Bedi's husband Raj Kaushal died at the age of 49 earlier this month. He was a writer, producer and a director and he had backed several films, including Onir's 2005 movie My Brother... Nikhil... He had also directed films such as Pyaar Mein Kabhie Kabhie, Shaadi Ka Ladoo (also featuring Mandira Bedi) and Anthony Kaun Hai. He started his career as a copywriter. Raj Kaushal also started his own advertising production company in 1998 and went on to direct over 800 commercials.