"Was Shaking, Dizzy": Gal Gadot Recalls How She Felt When Joss Whedon "Threatened" Her

"You're dizzy because you can't believe this was just said to you," Gal Gadot said 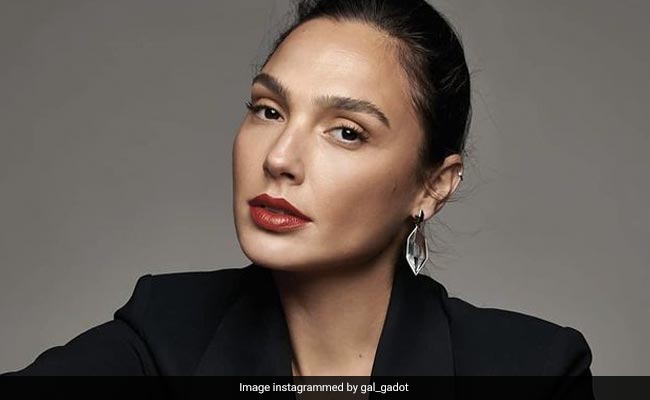 Wonder Woman star Gal Gadot, who, earlier this year, had alleged that filmmaker Joss Whedon had "threatened" her career during the shoot of the 2017 DC film Justice League after Zack Snyder stepped down, opened up about how the filmmaker's alleged actions impacted her in a recent interview with  Elle magazine. The actress told the publication, "Oh, I was shaking trees as soon as it happened. And I must say that the heads of Warner Brothers, they took care of it... Going back to the sense of righteousness that I have... You're dizzy because you can't believe this was just said to you and if he says it to me, then obviously he says it to many other people. I just did what I felt like I had to do. And it was to tell people that it's not okay."

Gal Gadot also said during the interview that she wonders if Joss Whedon's attitude towards her might have been different if she were a man. "I would've done the same thing, I think, if I was a man. Would he tell me what he told me had I been a man? I don't know. We'll never know. But my sense of justice is very strong. I was shocked by the way that he spoke to me. But whatever, it's done. Water under the bridge," she told Elle.

In an interview with Israel's N12 News in May this year, Gal Gadot said, "What I had with Joss basically is that he kind of threatened my career and said if I did something he would make my career miserable. I handled it on the spot."

A witness on the Justice League told The Hollywood Reporter, "Joss was bragging that he's had it out with Gal. He told her he's the writer and she's going to shut up and say the lines and he can make her look incredibly stupid in this movie."

Joss Whedon is facing a reckoning within the industry after complaints of abusive behaviour from Gal Gadot's Justice League co-star Ray Fisher who played Cyborg. The actor called Mr Whedon out in a tweet last year, writing: "Joss Whedon's on-set treatment of the cast and crew of Justice League was gross, abusive, unprofessional, and completely unacceptable. He was enabled, in many ways, by Geoff Johns and Jon Berg. Accountability>Entertainment."

Joss Wheadon's on-set treatment of the cast and crew of Justice League was gross, abusive, unprofessional, and completely unacceptable.

He was enabled, in many ways, by Geoff Johns and Jon Berg.

Ray Fisher's allegations prompted an investigation into the director's conduct; his character also received significantly greater screen time in the Justice League cut released by Zack Snyder this year - Mr Snyder, the original director of the film, was replaced by Joss Whedon after quitting the production.

Joss Whedon has also been hit by allegations of "inappropriate" by actress Charisma Carpenter whom he directed in Buffy The Vampire Slayer and its spinoff Angel. Ms Carpenterr, who was pregnant while filming Angel, tweeted about alleged "passive-aggressive threats" from Mr Whedon and added that he was "mean and biting, disparaging about others openly, and often played favorites, pitting people against one another to compete and vie for his attention and approval."

Gal Gadot, best-known to fans of DC cinematic universe as Wonder Woman, will soon be seen in Death On The Nile, an adaptation of Agatha Christie's novel of the same name. The film also stars Kenneth Branagh, Armie Hammer, Tom Bateman, Annette Bening, Russell Brand, Dawn French, Rose Leslie, Sophie Okonedo, Jennifer Saunders, Letitia Wright and Bollywood actor Ali Fazal. She will also star as Cleopatra in an upcoming Hollywood film, the details of which have not been revealed as of now.

Gal Gadot, a former beauty queen, has starred in films such as the Fast And Furious series, Justice League, Criminal, Keeping Up With The Joneses, Batman v Superman: Dawn Of Justice, Kicking Out Shoshana and Triple 9, to name a few.