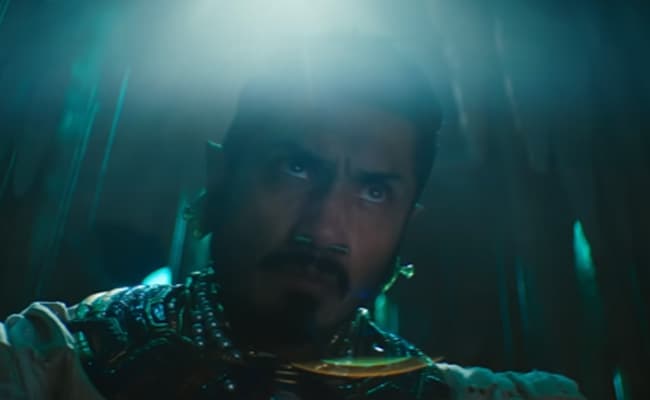 Marvel Studios has finally shared the much-awaited teaser of Black Panther: Wakanda Forever at the San Diego Comic-Con on Saturday. Helmed by Ryan Coogler, the teaser introduces Namor (played by Tenoch Huerta) the king of the underwater. In the movie, he will go up against the Wakandans. Angela Bassett returns as Queen Mother Ramonda to save her empire from intervening world powers post king T'Challa's (played by Chadwick Boseman) death. The teaser also offers a glimpse into the characters of Nakia (Lupita Nyong'o), Okoye (Danai Gurira) and Shuri (Letitia Wright). It also introduces Riri Williams / Ironheart (played by Dominique Thorne). Towards the end of the teaser, the makers teased the fans with a glimpse of the next Black Panther.

The teaser is an emotional tribute to the late actor Chadwick Boseman, who played the titular role of Black Panther. The actor died of colon cancer,  leaving his fans across the world in grief.

Black Panther's official Instagram page also shared the teaser and captioned it as: "WAKANDA FOREVER". Soon after, the fans flooded the comment section. A user wrote, "I can't begin to imagine how hard it was for the cast to film this without Chadwick." "That Last Scene," wrote another. A fan commented, "Long live Chadwick". "Salute to the cast/directors, everyone who still made this movie happen. Can't even begin to imagine how hard it must've been for everyone involved. #foreverourking #ripchadwickboseman," a fan wrote.

Black Panther: Wakanda Forever is slated to hit the theatres on November 11 and will serve as the conclusion to Phase 4.