Shah Rukh Khan Or Amitabh Bachchan, Who Will Host Badla Party? They Are Passing The Buck On Twitter 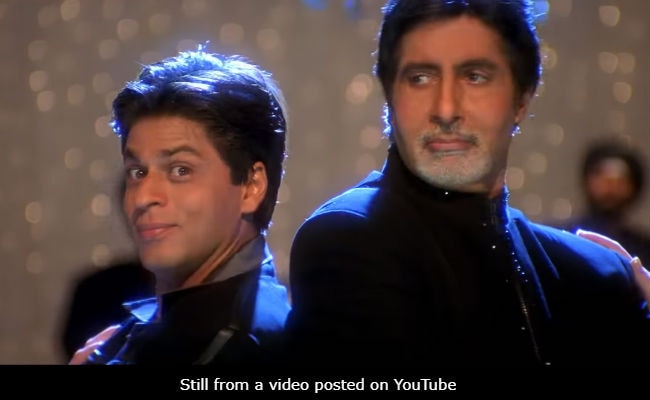 Amitabh Bachchan complained that the industry and the team of Badla neglected the film's success, to which Shah Rukh Khan (one of the producers of Badla) said that they were hoping that Mr Bachchan hosted a success bash. Now, hours after their Twitter exchange topped the list of trends, the Kabbhi Khushi Kabhie Gham co-stars are passing the buck on social media trying to decide who should host a success party. "Oye... I acted in the film, you produced it, we selflessly contributed to the promotions and now I should throw a party?" Mr Bachchan tweeted, to which Shah Rukh replied: "Sir this is your film... your acting... It's a hit because of you... The film wouldn't be without you. Toh party...bhi??" Shah Rukh Khan has produced Badla through his Red Chillies Entertainment.

Earlier, Shah Rukh Khan tweeted, "Sir hum toh wait kar rahein hain ki aap party kab de rahein hain hum sabko! We are waiting outside Jalsa every night!" after Mr Bachchan posted: "About time someone started talking about this silent success... because neither the producer, nor the distributor, nor the on line producer, or any else in the industry, in general has even spent a nano-second to compliment the success of Badla."

Badla, made on a budget of reportedly Rs 10 crore, collected over Rs 100 crore worldwide. The film is one of 2019's sleeper hits but its game is not bigger than Uri: The Surgical Strike, which was made in apparently Rs 45 crore and it went to collect over Rs 200 crore.

Badla opened to fabulous reviews in March. Film critic Saibal Chatterjee gave the film a three-star rating and wrote: "... the quality of the acting and the technical finesse on show make Badla an unmissable film."

Badla is an adaptation of Spanish film Contratiempo and it also starred Taapsee Pannu in the lead role. The interrogation drama also featured Amrita Singh and Tony Luke in pivotal roles. In Badla, Amitabh Bachchan plays the role of a defence lawyer Badal Gupta, who has been assigned to prepare Naina (Taapsee Pannu), accused of murdering her paramour, for her trial.