Badla Movie Review: Amitabh Bachchan and Taapsee Pannu's film is spellbinding all the way through. It is unmissable. 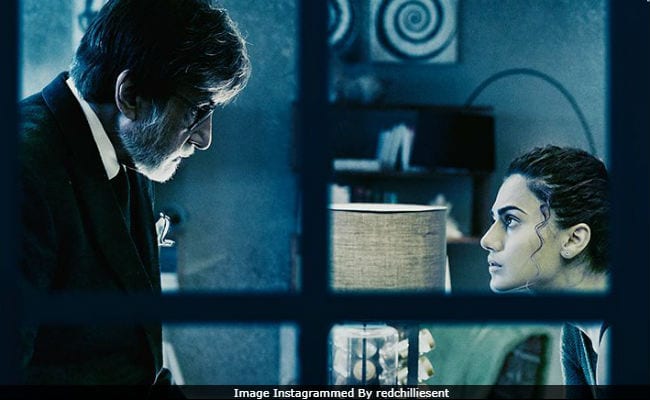 Badla Movie Review: Amitabh Bachchan and Taapsee Pannu in a still from the film (Courtesy: Instagram)

A gripping whodunit cast in the classical mould, Sujoy Ghosh's Badla - a gender-reversed remake of the 2016 Spanish box-office hit Contratiempo - frequently invokes ideas and dictums from the Mahabharata. A genre film is thus turned into a cinematic treatise on crime and punishment, culpability and vengeance.

The references to Lord Krishna, Arjuna, Draupadi, Dhritarashtra and Sanjaya are made in the course of the film's central encounter between a retired advocate (Amitabh Bachchan) who has never lost a case in a 40-year career and an out-on-bail murder suspect (Taapsee Pannu), a hotshot businesswoman who has reason to believe that she is being implicated in a crime she hasn't committed. 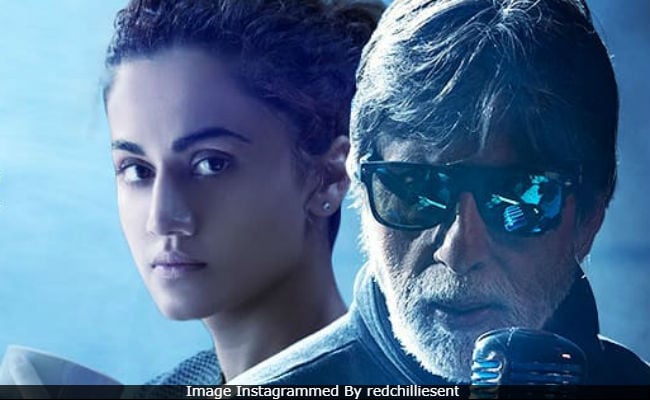 Badla Movie Review: Amitabh Bachchan and Taapsee Pannu in a still from the film

The interrogation, aimed at building a watertight case that could keep the woman out of the slammer, evokes memories of classic two-handers like Joseph L. Mankiewicz's Sleuth and Louis Malle's My Dinner with Andre. Badla isn't, however, a two-hander at all. Apart from the man who ends up dead in an out-of-the-way hotel in the Scottish countryside, the film has several other significant characters, including an overworked attorney (Manav Kaul in a special appearance), who draws the aforementioned lawyer out of retirement for one final hurrah, and an ageing theatre-loving couple who live in a home in the woods (Amrita Singh and Tanveer Ghani). That apart, Badla has its share of cops and detectives (including Denzil Smith as a non-nonsense lawman who appears in two-and-a-half scenes).

The legal eagle and the woman play what quickly begins to assume the form of a cat-and-mouse game between a person who knows the truth inside out and another who knows only bits and pieces of it. As the conversation between the two characters progresses over a period of three hours, which is the time that is left before a surprise prosecution witness is scheduled to appear before the police and a judge with a damning deposition, the film goes back and forth over the murder mystery in question and lays various versions of the truth on the table, swinging from one perplexing perspective to another.

After a great deal of the story has unspooled, the wizened advocate asserts that a person who knows only the truth is a fool. It is just as important, he asserts, to know the difference between truth and falsehood. The woman retorts: Now don't tell me this, too, is from the Mahabharata. It is, he replies nonchalantly: Lord Krishna uttered these words to Arjuna. Somewhere between the truths and the web of lies that the two principal characters peddle lies many a tantalizing half-truth. Wrapping one's head around the information dovetailed into the plot isn't easy. This is what makes Badla spellbinding all the way through. 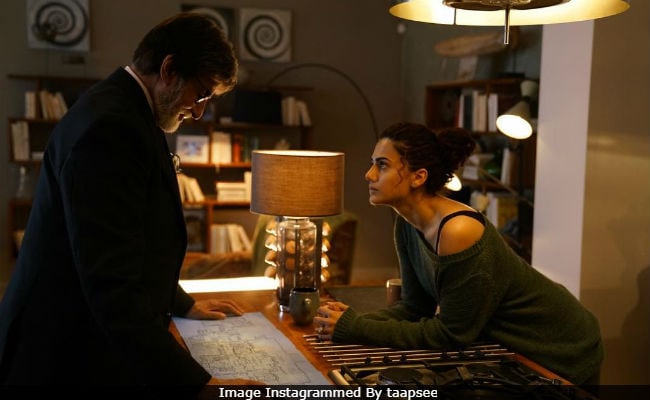 Badla Movie Review: Amitabh Bachchan and Taapsee Pannu in a still from the film

An intriguing premise delivered in a taut package bolstered by unblemished screen performances, the two-hour film comes up with a startling twist literally every five minutes as the lawyer and his client engage in a battle of wits aimed (on the former's part) at extracting "the truth, the whole truth and nothing but the truth" and (on the latter's) at obfuscating the real chain of events that led to abrupt bloodshed and the loss of two lives, one on a remote forest road, the other in a hotel room not far from the spot. A wily search for alibis and convenient twisting of facts drive the exercise, pushing the film towards a series of reveals, big and small, that shifts the focus sometimes towards, sometimes away from what really transpired on the fateful night of the murder committed by a person who arrived at the scene of the crime and left without a trace.

Catalan writer-director Oriol Paulo's original plot, which is not only followed in Badla down to the last detail but is also duly acknowledged upfront, was understandably set in Barcelona and Bierge. Ghosh, not so understandably, relocates the story to Glasgow and Aviemore in Scotland and replaces the male entrepreneur-protagonist with a sharp-witted married lady who has an affair with a photographer (model and actor Tony Luke in his first Hindi film) with a British wife. The forbidden liaison sparks a crisis that threatens to destroy everything that the woman has built for herself: a cushy life, a loving family, and a super-successful corporate outfit on the verge of swinging a major Japanese deal.

It is a bit odd when every key character in a part of the world so far away from home is of Indian origin and speaks fluent Hindi, with the exception of one actor who delivers his lines with a pronounced South Indian accent. Another character breaks into Hindi as she runs into the above-mentioned individual and then apologises for what she herself describes as "a bad habit". This aspect of Badla isn't particularly convincing, but owing to the sure-handed, layer-by-layer exposition that forms the crux of the film, these little niggles cease to matter in the end. The exchanges between the legal eagle and the businesswoman go back and forth between the playful and the grim in a manner that never allows the film's grip on the audience to slip.

In a role that is right up his alley, Amitabh Bachchan is classy. Taapsee Pannu is right on the button as a cornered woman on the brink of a catastrophe, as is Amrita Singh as an aggrieved mother who has nothing to lose.

Badla is a crime thriller that lifts itself out of the limitations of the form by spotlighting questions of guilt and retribution without diluting its edgy quality. The film's multiple twists and turns will work best if you haven't seen Contratiempo. But even if you have, the quality of the acting and the technical finesse on show - Avik Mukhopadhyay's unobtrusive yet effective camerawork is especially noteworthy - make Badla an unmissable film.