Badla Preview: Amitabh Bachchan And Taapsee Pannu Are Back With An Edgy Suspense

Taapsee plays the role of Naina, who has been accused of killing her paramour while Amitabh Bachchan plays her defence attorney 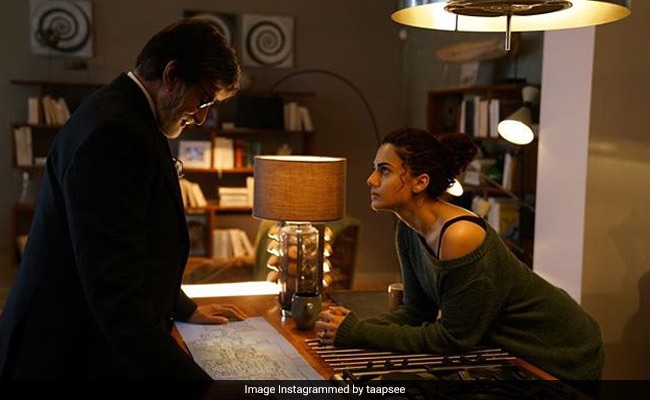 Badla, an intense thriller starring Amitabh Bachchan, produced by Shah Rukh Khan and directed by Sujoy Ghosh, is set to open in cinemas tomorrow. Badla reunites Mr Bachchan with her Pink co-star Taapsee Pannu. Like in the National Award-winning film, Mr Bachchan plays Taapsee's onscreen lawyer. This time her character has been accused of murder but she pleads not guilty. Taapsee plays the role of Naina, who has been accused of killing the man she was having an affair with. Defence lawyer Badal Gupta (played by Amitabh Bachchan), who holds the record of not having lost a single case in his 40-year-old career, is Naina's only hope.

After hearing Naina's version of the events leading up to her paramour's mysterious death, Mr Gupta finds three loopholes. Naina claims she's innocent but is she really being framed for a crime she didn't commit?

Badla brings director Sujoy Ghosh to the genre which can be best described as his comfort zone. He's received critical-acclaim for making the thrillers like the Kahaani series and Ahalya.