Badla Box Office Collection: The Sujoy Ghosh-directed film has made over Rs 40 crore within a week 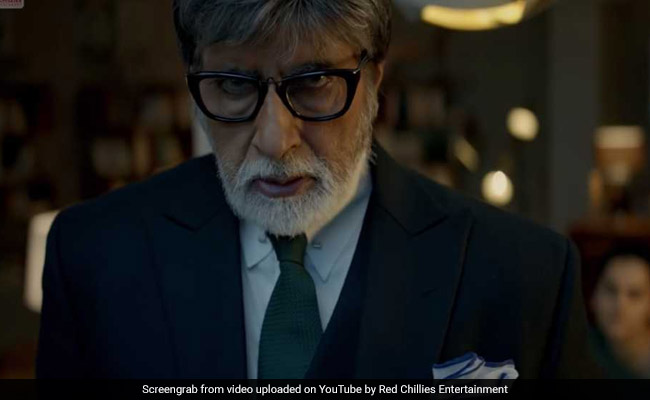 Sujoy Ghosh's latest film Badla, starring Amitabh Bachchan and Taapsee Pannu, 'refuses to slow down at the ticket window' and it has collected a little over Rs 40 crore as of Wednesday, tweeted trade analyst Taran Adarsh. "Badla refuses to slow down... Maintains a solid grip on day 6... Admirable trending on weekdays demonstrates the power of solid content... Badla's total India business is Rs 34.35 crore and the gross box office collection is Rs 40.53 crore," he tweeted. Badla, which is produced by Gauri Khan through Shah Rukh Khan-led Red Chillies Entertainment, is an interrogation drama based on Spanish film Contratiempo. The film also stars Amrita Singh, Tony Luke and Manav Kaul.

Badla opened to fabulous reviews on Friday and its primary contender at the ticket window is Hollywood film Captain Marvel, the latest superhero film from the Marvel Cinematic Universe. Captain Marvel, headlined by Brie Larson, has stuck a chord with MCU fans as they await the release of Avengers: Endgame. Captain Marvel has collected over Rs 50 crore.

Badla is the latest thriller in Sujoy Ghosh's resume which include critically-acclaimed films Kahaani and Ahalya. "Badla is a crime thriller that lifts itself out of the limitations of the form by spotlighting questions of guilt and retribution without diluting its edgy quality... The quality of the acting and the technical finesse on show make Badla an unmissable film," film critic Saibal Chatterjee wrote in his review for NDTV. He gave the film a three-star rating.