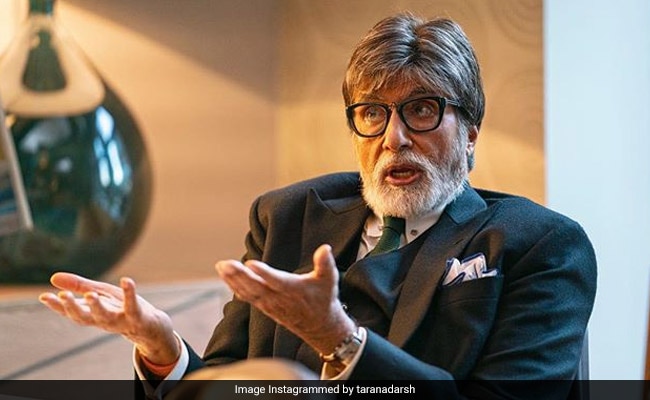 Amitabh Bachchan in a still from the film (Courtesy taranadarsh)

Amitabh Bachchan and Taapsee Pannu's Badla continues to rake in crores at the box office. On Tuesday, Badla performed a shade better than on Monday and added Rs 3.85 crore to the total, which is at Rs 30 crore (collections from theatres across India) in five days, reported trade analyst Taran Adarsh. If we include Badla's overseas collections, then the film's gross box office figure is at Rs 36.34 crore. Talking about Badla's collection figures in India, Taran Adarsh added that the film is expected to touch Rs 35 crore by the end of its first week. Here's what Mr Adarsh wrote about the film:

Badla is yet another crime-thriller by Sujoy Ghosh, who is best known for making Bollywood thrillers such as the Kahaani series and short film Ahalya. Taapsee Pannu and Amitabh Bachchan reunite on the big screen for the second time after Pink. Last Friday, the film opened to good reviews for the direction and much appreciation for the performances, something which generated increased footfall in theatres. Earlier, Mr Adarsh Instagrammed to say: "A healthy Monday is a clear indicator that the film is here to stay."

Badla clashed with Hollywood's superhero film Captain Marvel, which has stayed ahead of the Sujoy Ghosh-directed film from the beginning.