Badla Box Office: Badla is expected to surpass the lifetime collections of Pink 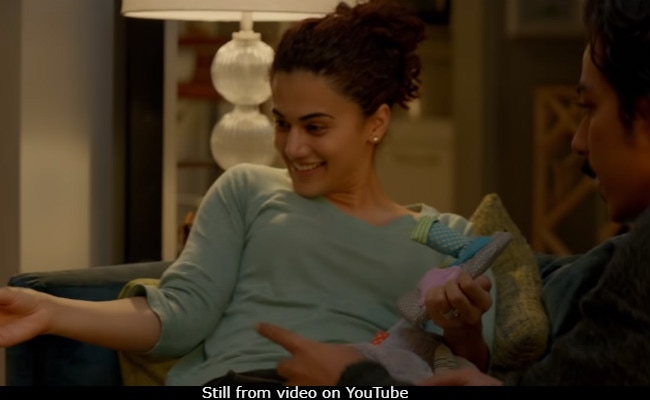 Amitabh Bachchan and Taapsee Pannu's Badlais having a great time at the box office. The film shows no signs of slowing down even in its second week and has already made over Rs 70 crore (gross collections), reported trade analyst Taran Adarsh. Badla is expected to surpass the lifetime collections of Pink - Big B and Taapsee's first film - in this week. Read Taran Adarsh's evaluation of Badla's box office pattern: "Badla is dominating the marketplace... Refuses to slow down on weekdays... Will cross *lifetime biz* of Pink in Week 2 itself... [Week 2] Fri 4.05 cr, Sat 6.70 cr, Sun 8.22 cr, Mon 2.80 cr. Total: Rs 59.77 cr. India biz. Gross BOC: Rs 70.52 cr."

After its first week in the theatres, Badla had even surpassed the opening week collections of Pink, making Rs 38 crore. This is what Mr Adarsh had tweeted then:

Last week, Badla was joined by films like Nawazuddin Siddiqui and Sanya Malhotra's Photograph, Tigmanshu Dhulia-directed Milan Talkies, Rakeysh Omprakash Mehra's and Mere Pyare Prime Minister but remain unaffected. However, Badla had some strong competition from Hollywood superhero film Captain Marvel, which managed to stay well ahead of the film.

Other than the film's intriguing storyline, one of the major contributing factors for Badla's impressive box office numbers is positive word of mouth. Badla is an interrogation drama based on Spanish film Contratiempo. Taapsee has been cast as a businesswoman, who gets embroiled in the murder mystery of her illicit lover. Amitabh Bachchan plays the role of a senior advocate, who deals with the case.