Wait, Is That Nick Jonas On Ranveer Singh's Nutella Jar? 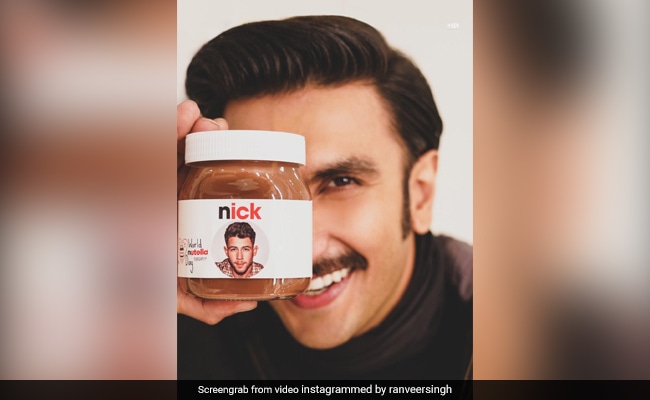 Ranveer Singh shared this on his Instagram story (courtesy ranveersingh) It all started when Nick Jonas left a few comments on Ranveer Singh's Nutella post. "So, what are the prizes?" Nick wrote in a comment while in another, he revealed his actual intention: "I'm gonna enter. I'm hoping I get one of those custom RANVEER jars." See Ranveer Singh's name in caps? That's how much of a Ranveer Singh fan Nick Jonas is. Nick Jonas' comment turned out to be hit with Ranveer's Instafam and garnered almost 2,000 likes in just a few hours.