"I'm hoping I get one of those custom RANVEER jars," wrote Nick Jonas 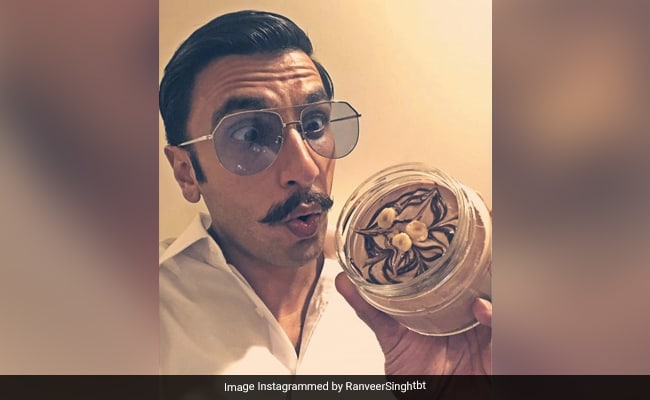 Ranveer Singh is a huge fan of Nutella but Nick Jonas is a much, much bigger fan of the Dil Dhadakne Do actor. Nick Jonas, who now follows several Bollywood stars on social media, courtesy his wife Priyanka Chopra, spotted one of Ranveer's posts about winning customised Nutella jars in a competition. "So, what are the prizes?" Nick wrote in a comment while in another, he revealed his actual intention: "I'm gonna enter. I'm hoping I get one of those custom RANVEER jars." See Ranveer Singh's name in caps? That's how much of a Ranveer Singh fan Nick Jonas is. Nick Jonas' comment turned out to be hit with Ranveer's Instafam and garnered almost 2,000 likes in just a few hours. 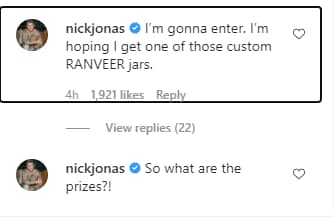 In 2019, Nick Jonas and his brothers Kevin and Joe, along with Priyanka Chopra and Sophie Turner, were spotted grooving to Ranveer Singh's Simmba song Mera Wala Dance in Miami. "Sucker vibes in Miami," Nick captioned a video in which when the song Sucker stops, the tunes of Mera Wala Dance begins to play but sadly, the video ends there.

In terms of work, Ranveer Singh will next be seen in Kabir Khan's '83, the release of which was postponed several times because of the pandemic. Ranveer Singh has also wrapped the schedule of Jayeshbhai Jordaar. He just signed the dotted line for Rohit Shetty's new film Cirkus.