Vogue Beauty Awards 2019: Malaika Arora And Amrita Share Hacks From When They 'Were Not Allowed Make-Up'

"She used to take beetroot and rub it on her cheeks," said Malaika. Amrita added to the conversation by saying: "Because we were not allowed make-up." 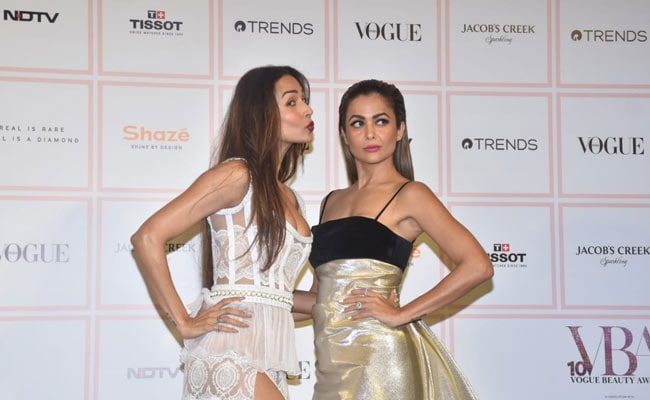 Malaika and Amrita on the Vogue Beauty Awards red carpet

Malaika Arora and Amrita Arora kept the shutterbugs busy and the flashbulbs popping on the Vogue Beauty Awards red carpet last night with their head-turning appearances. The Arora sisters also got chatty with Vogue India on the red carpet and shared a few make-up tricks from their younger days, when they were "not allowed make-up." Malaika revealed the one beauty hack she adapted from Amrita as a kid. Talking about her sister, Malaika told Vogue, "She swears by... even as a kid she used to do that... she used to pinch her cheeks just to get that rosy apple cheek glow. She used to do that and I was like 'What the hell are you doing?' She used to pinch herself and used to look amazing."

"Or she used to take beetroot and rub it on her cheeks. So, I still remember that hack from her and I used it even after," Malaika said when Amrita added to the conversation by saying: "Because we were not allowed make-up."

Amrita in turn, credits her sister for the mascara trick: "What I learned from her is the mascara... earlier back in the day. She had the longest eyelashes and she used to put like Vaseline on the top of her eyes so it looked kind of glossy even before it was a trend. It was quite talked about."

Malaika Arora (@malaikaaroraofficial) and Amrita Arora (@amuaroraofficial) share the beauty tricks they learned from each other over the years. #VBATurns10

Malaika Arora received the Fitspiration Award (Female) at the Vogue Beauty Awards last night and she was presented the honour by Amrita, who wrote on Instagram: "The moment I get to give my sister the fit inspiration of the year award at the Vogue Awards! Proud moment. Who run the world.... girls."

The moment I get to give my sister @malaikaaroraofficial the fit inspiration of the year award at the vogue Awards @vogueindia !!! Proud moment who run the world ....girlssss Make up by @mallika_bhat ,Hair by @priyanka.s.borkar ,Outfit by @gauriandnainika @vogueindia #10yearsofvogue

Malaika was bold and beautiful in a layered AADNEVIK ensemble whereas Amrita rocked the red carpet in a Gauri and Nainika number. 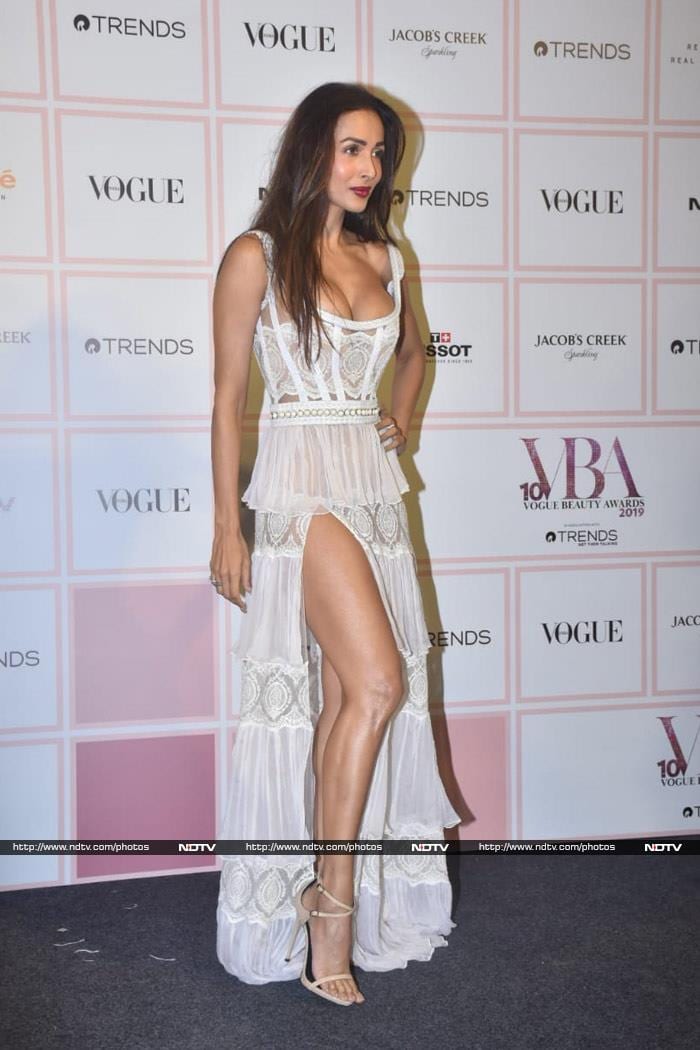 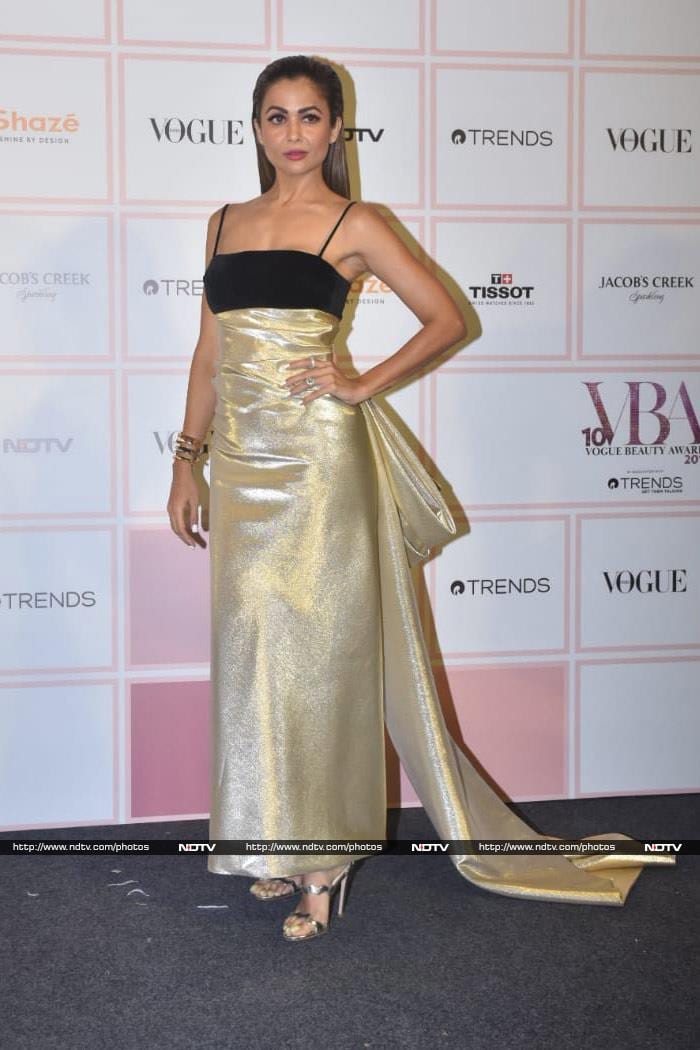 Apart from her stellar sartorial pick for last night, Malaika Arora trended all of Thursday morning for Arjun Kapoor's fiery comment on her Instagram photo.