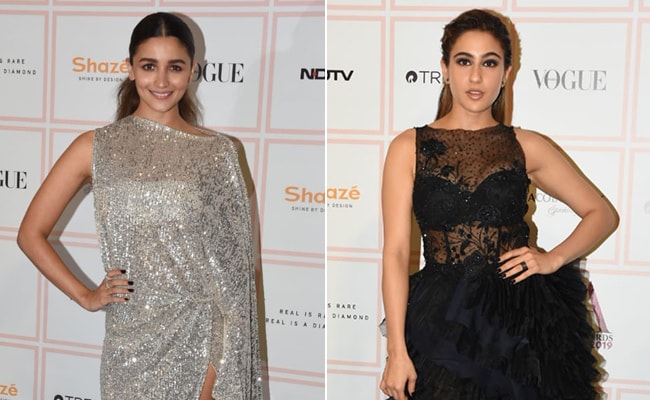 The red carpet for the 10th edition of the Vogue Beauty Awards couldn't have been more glam, with Alia Bhatt rocking a shiny disco ball dress by Michael Costello. Early check-ins were made by veteran actress Sharmila Tagore and her granddaughter Sara Ali Khan. Sharmila Tagore was elegance personified on the red carpet as she greeted the media with her signature smile. 24-year-old Sara Ali Khan was a vision in midnight-blue Shriya Som. There was a lot of drama going on with Sara's ensemble on the red carpet, which comprised a mesh top with a feathered skirt. Sara finished her outfit with black pumps and black studs. Metallic was a top trend - Shilpa Shetty looked fierce in a glittering dress. See pictures below. 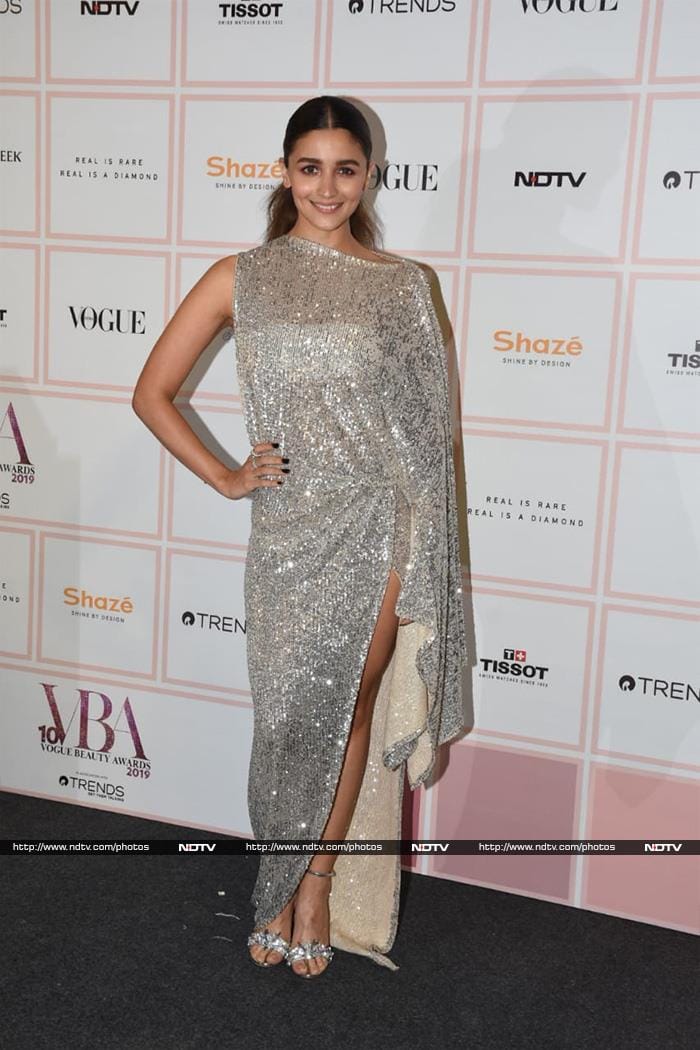 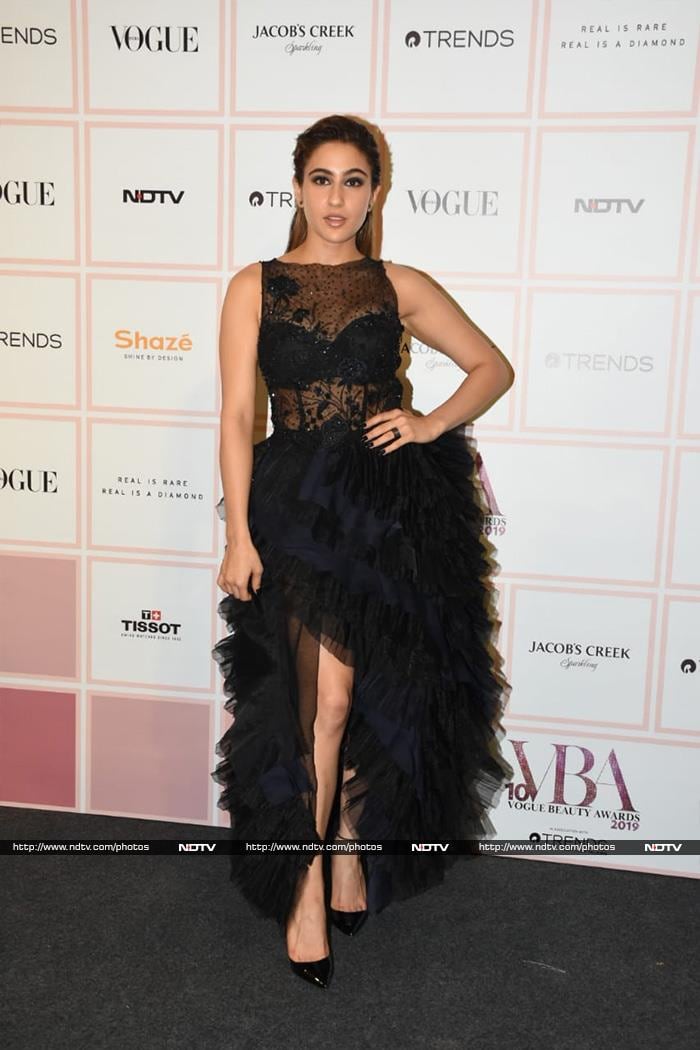 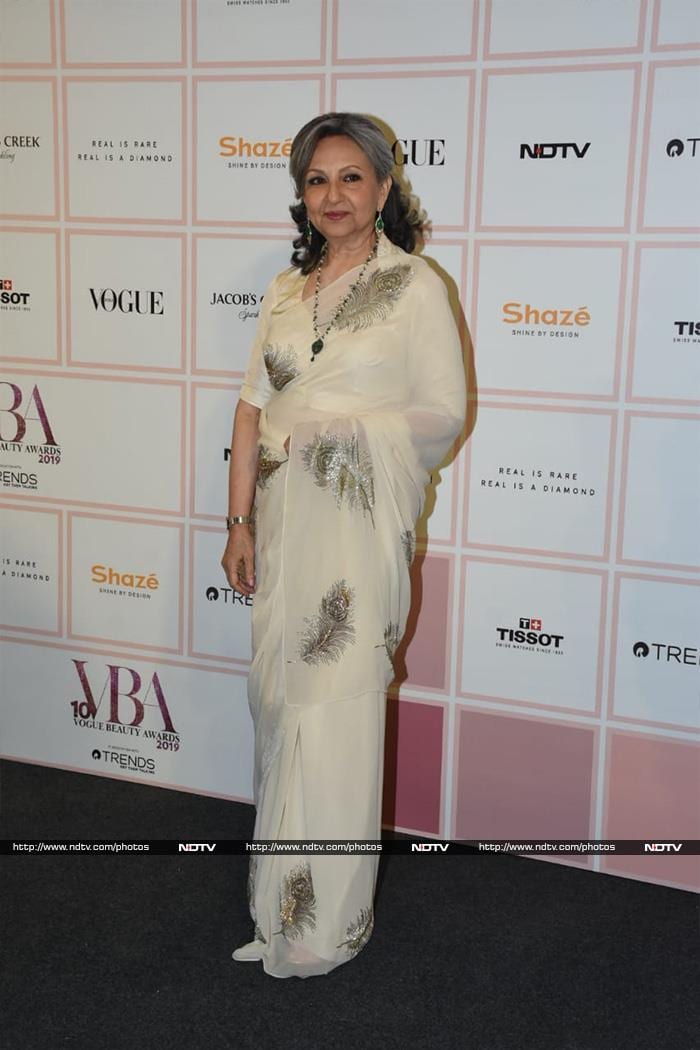 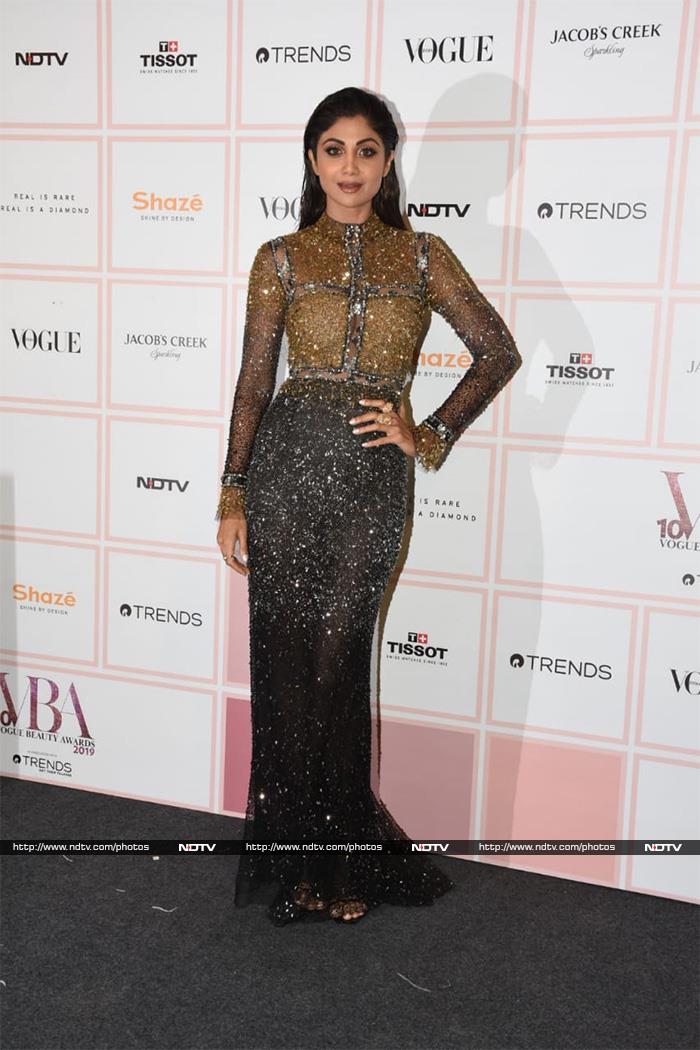 Malaika Arora left us speechless with her red carpet appearance. There can't be a better way to describe bold and beautiful. Malaika's layered ensemble is from the studios of AADNEVIK. Joining her on the red carpet was her sister Amrita Arora, chic and smart in black and gold. 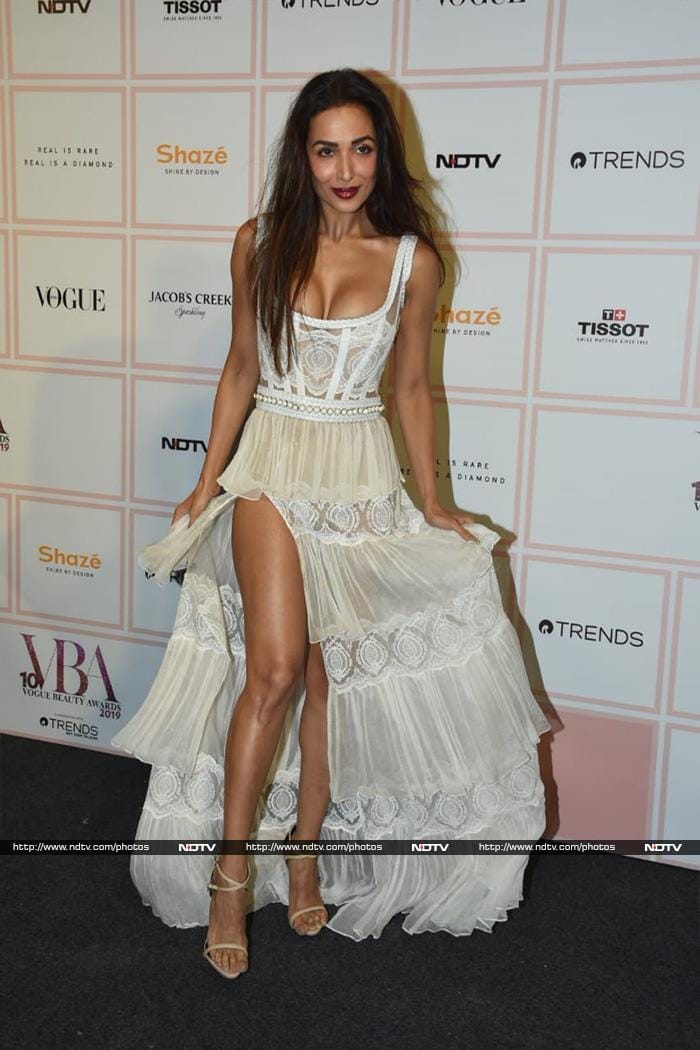 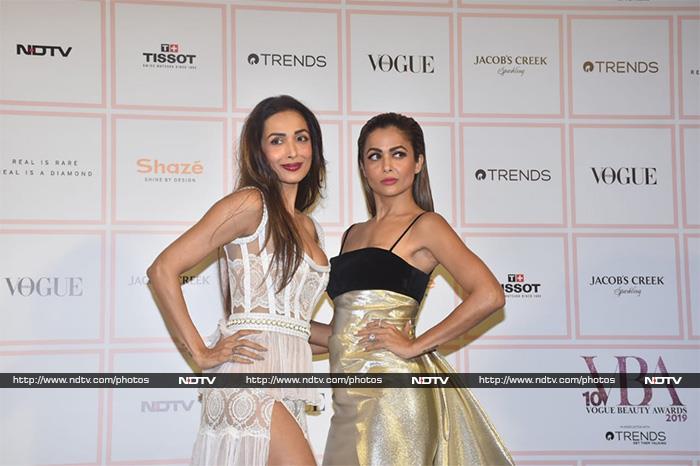 Actress Sonali Bendre sashayed down the red carpet but not without her plus one - husband Goldie Behl. She wore a shimmering black dress by Rebecca Vallance. 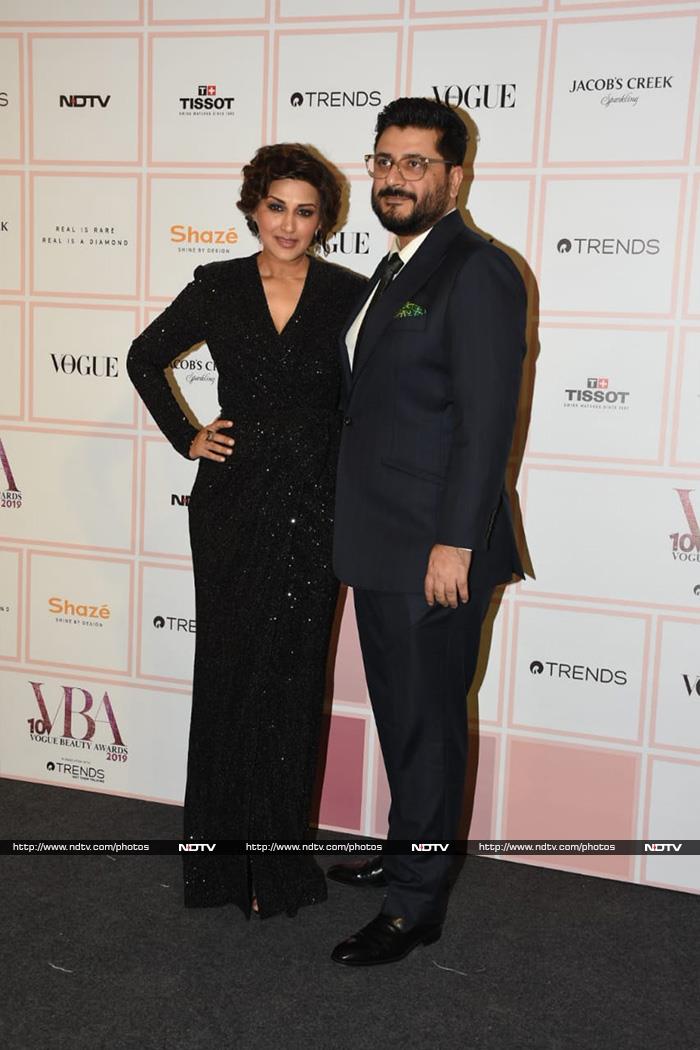 Shahid Kapoor was dressed to very much impress. Radhika Apte dialled it up in a sexy black dress while Kriti Sanon was pretty as a picture in a pink Monisha Jaising dress somewhere between wine and fuchsia. Kalki Koechlin picked a much paler pink. 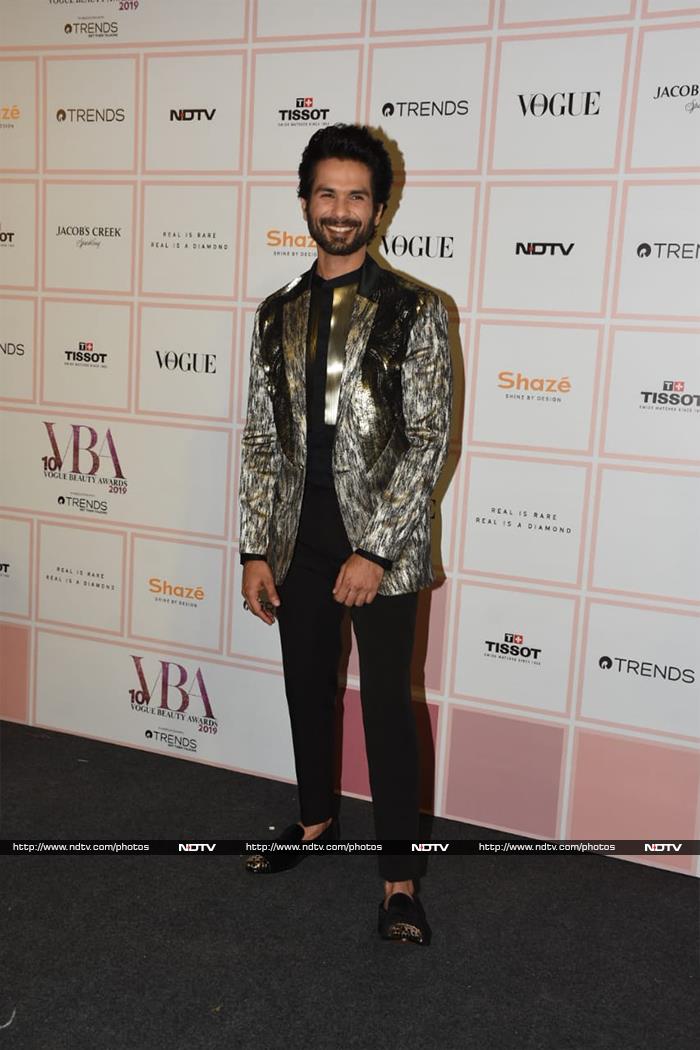 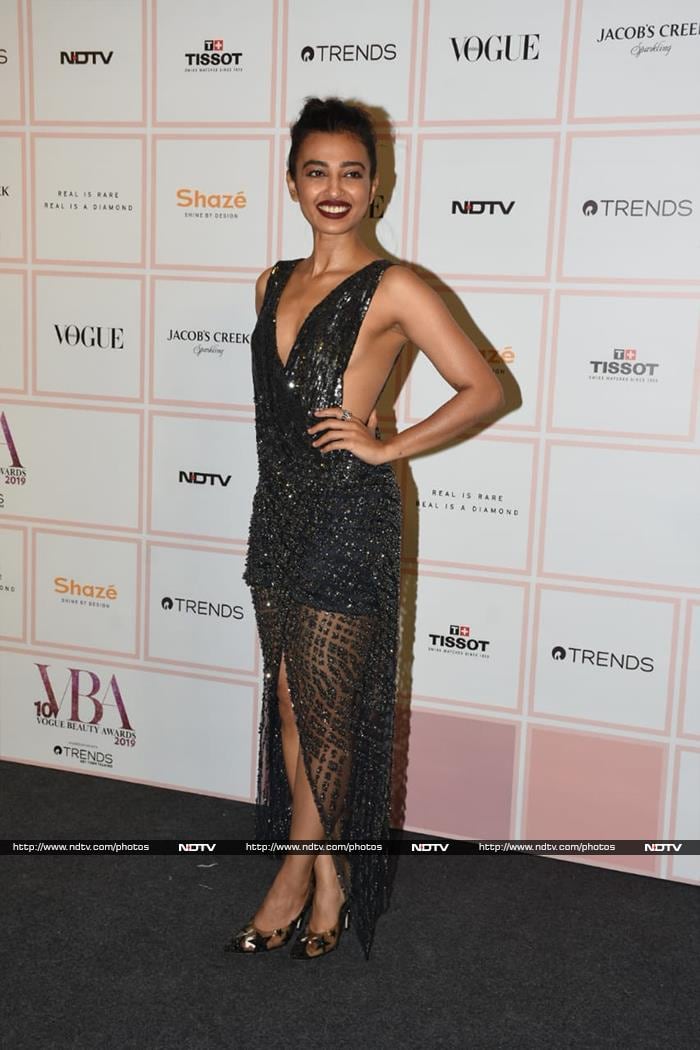 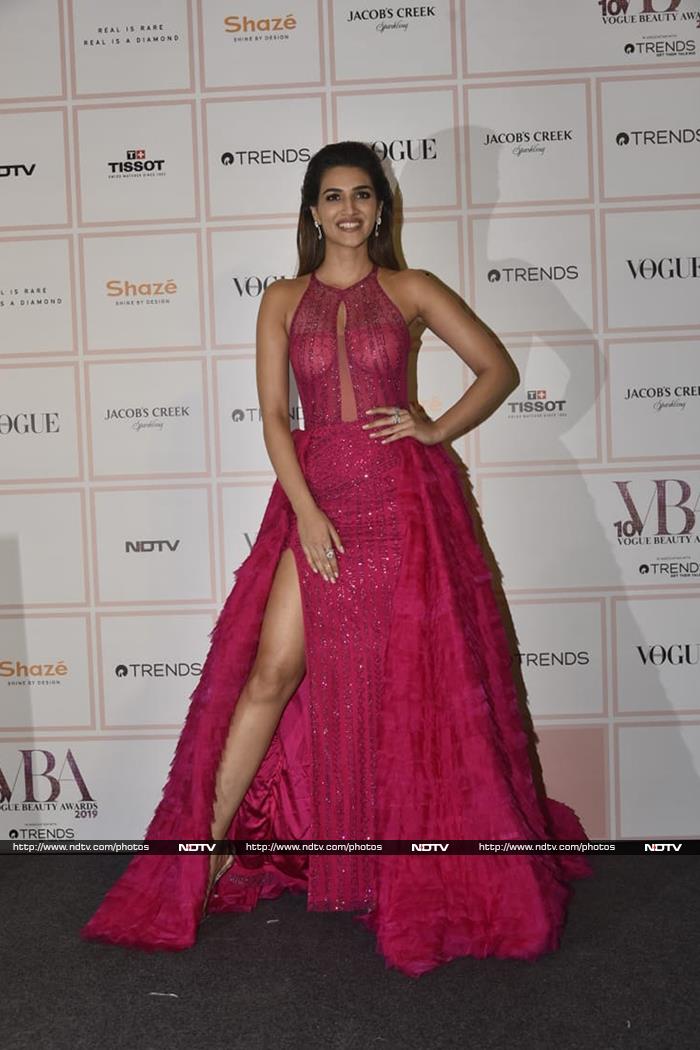 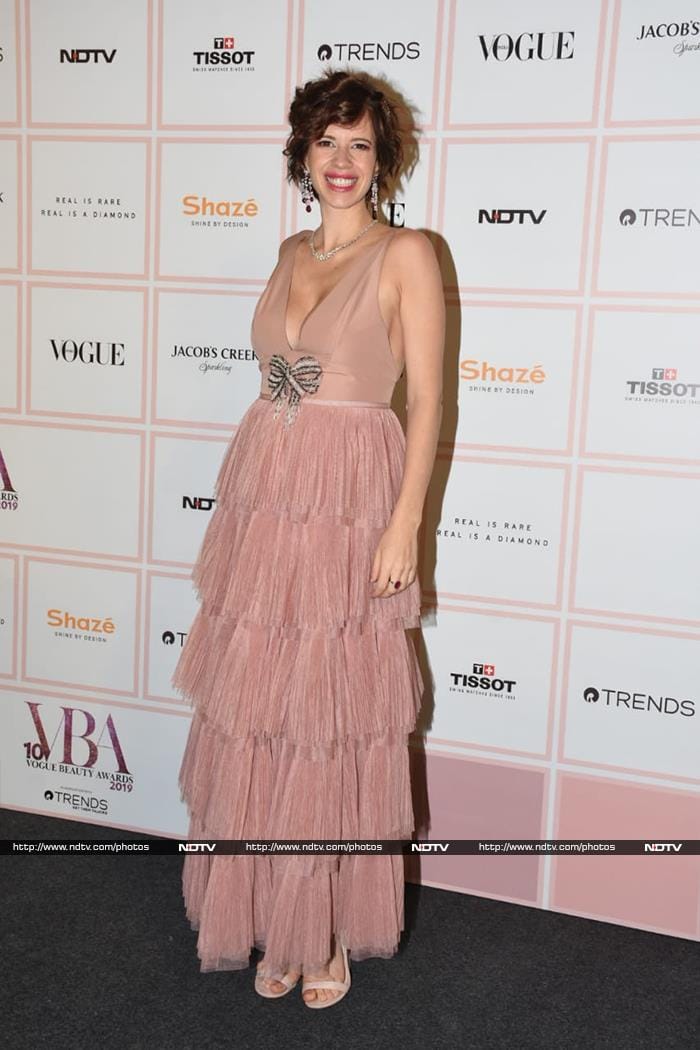 Sobhita Dhulipala, who is a jury member of the Vogue Beauty Awards, made a splash on the red carpet in a white, one-shouldered, floor-sweeping number by Toni Maticevski. Sunny Leone picked a silver Mark Bumgarner to shine in; Shibani Dandekar broke some rules in thigh high boots and a short peach number. 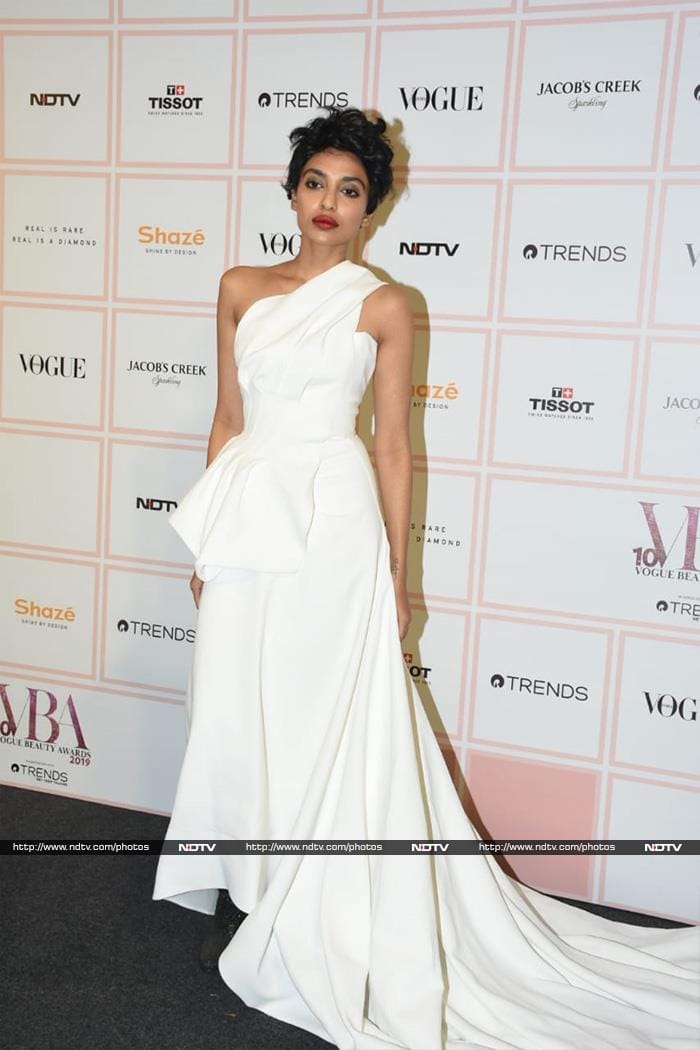 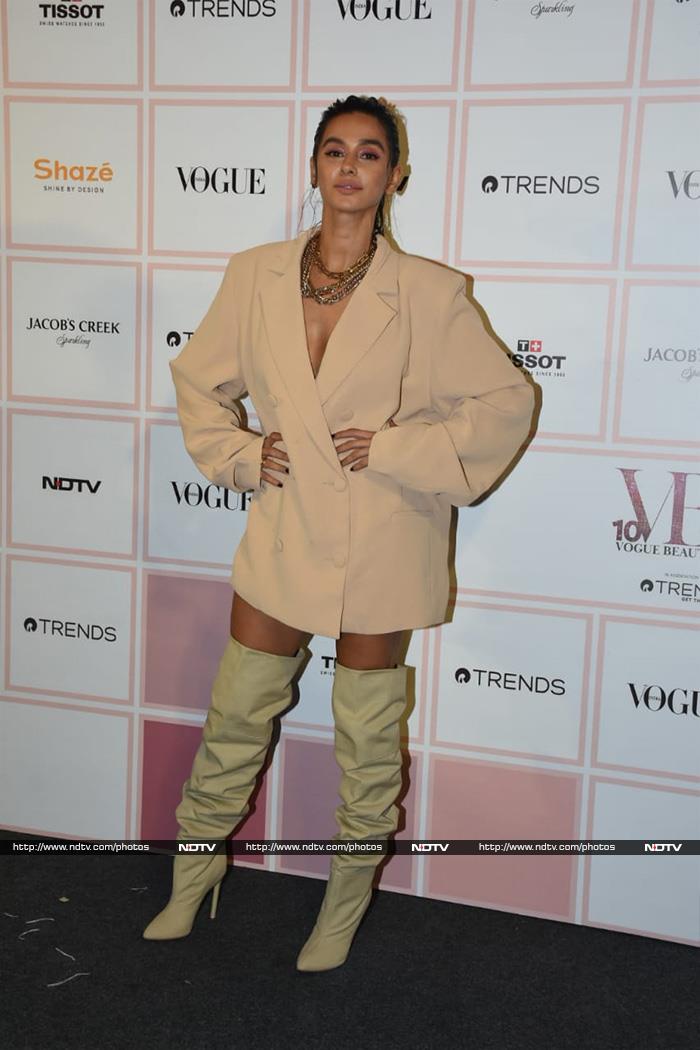 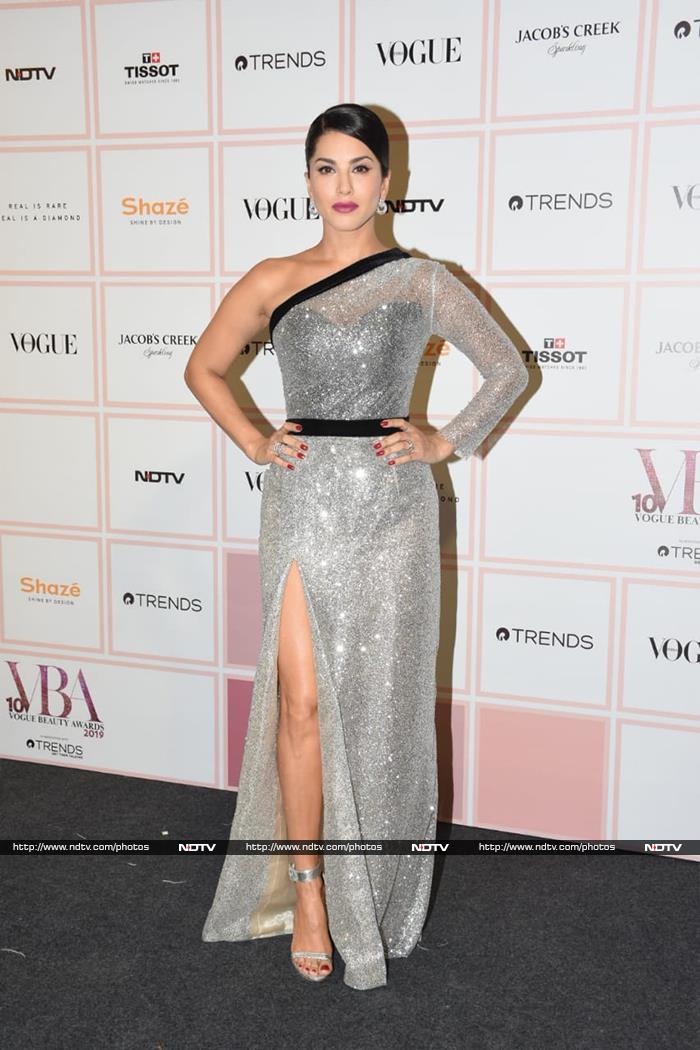 Bhumi Pednekar, who is also part of the Vogue Beauty Awards jury, was stunning in a bold Ziad Nakad outfit with a plunging neckline and exaggerated sleeves. How gorgeous. 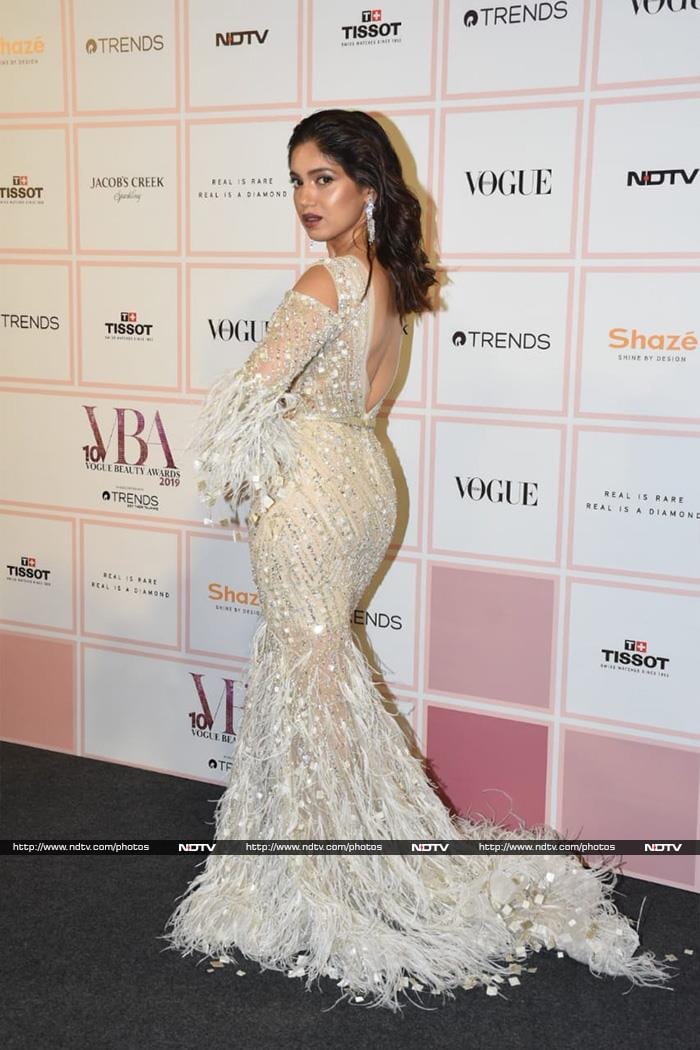 Vicky Kaushal, dapper in a suit, was one of the first guests to arrive. Looks like he had a lot to catch up on with Sara Ali Khan. 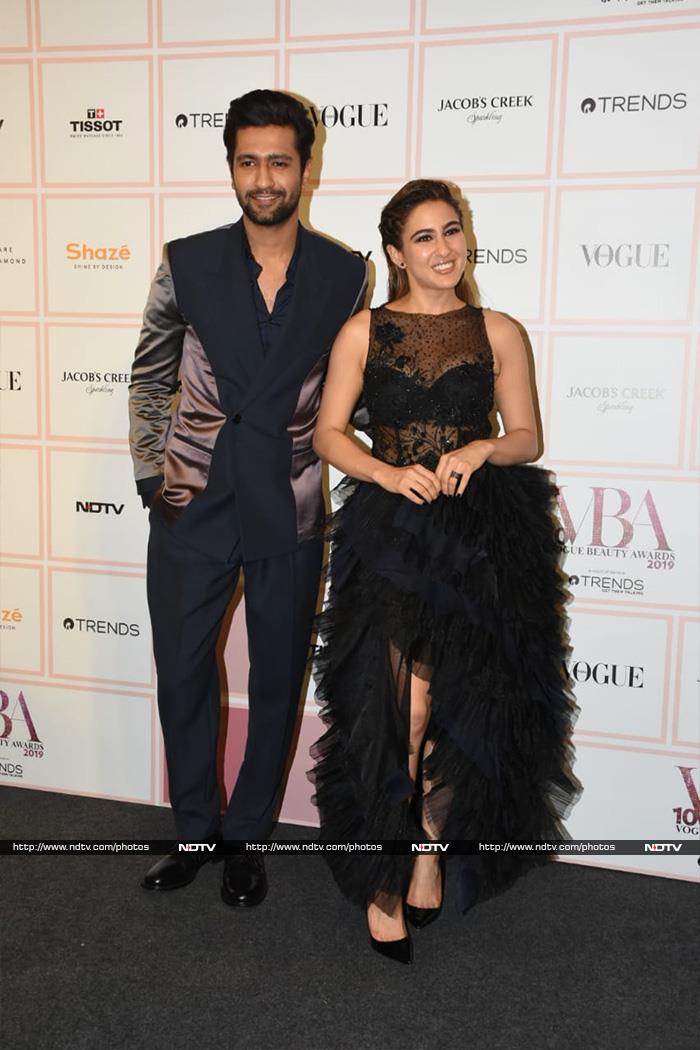 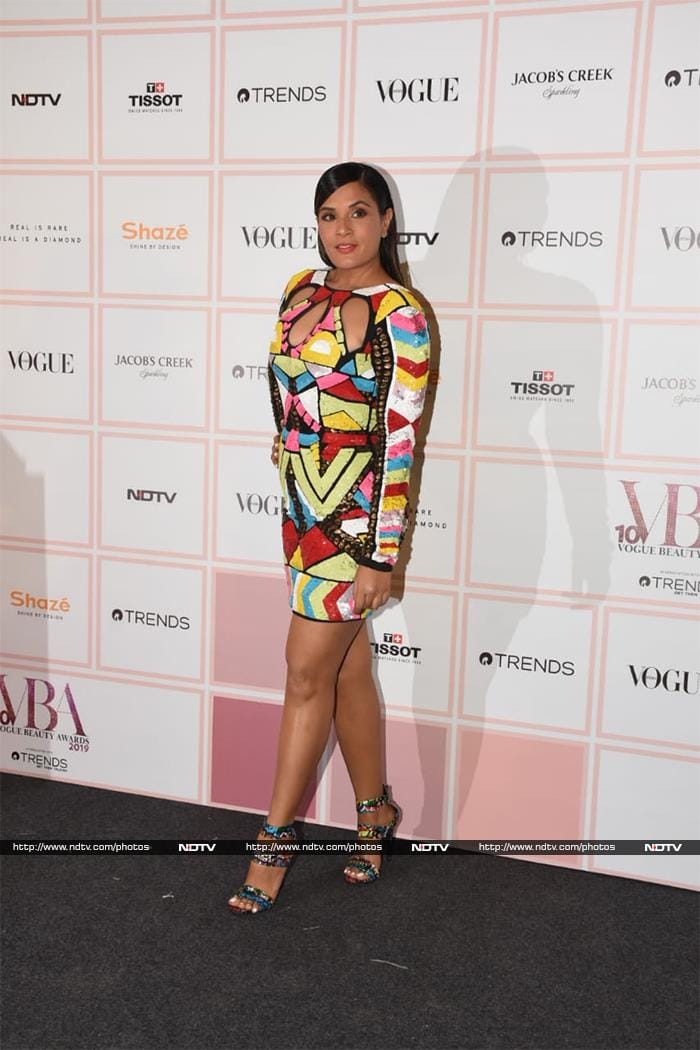 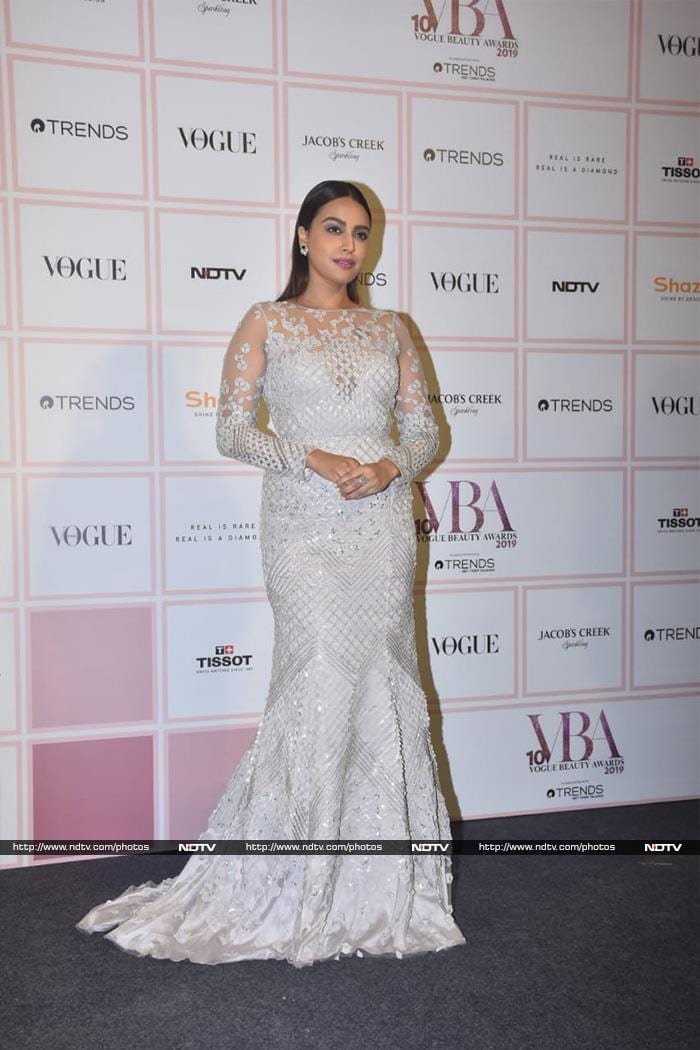 Gabriella Demetriades, who had a baby just months ago, Surveen Chawla and Kirti Kulhari put their most fashionable foot forward. 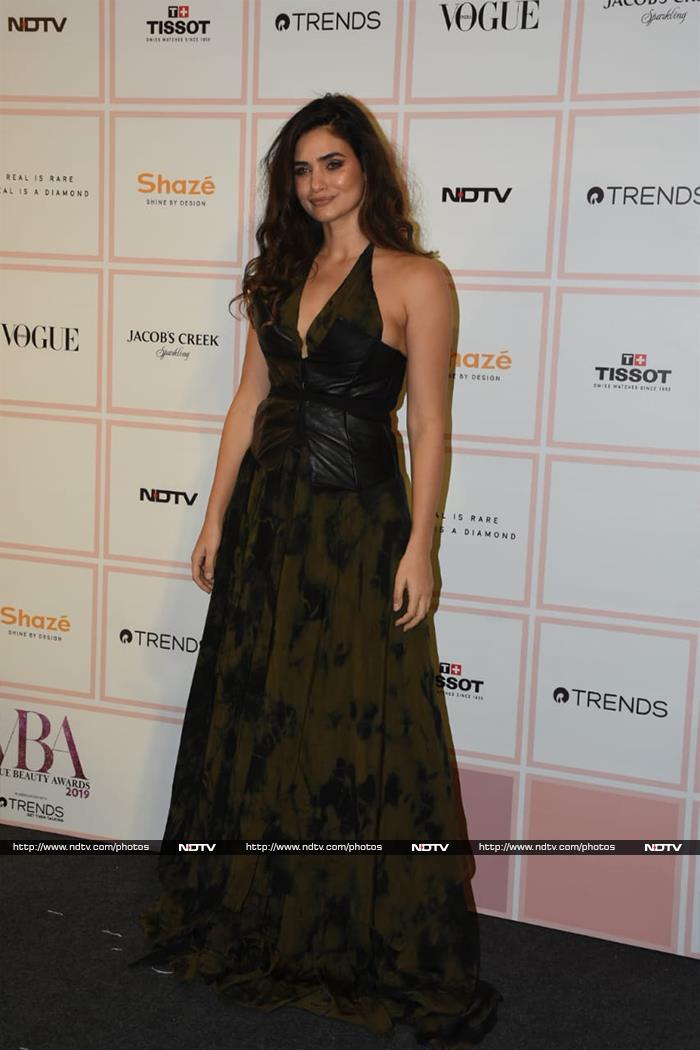 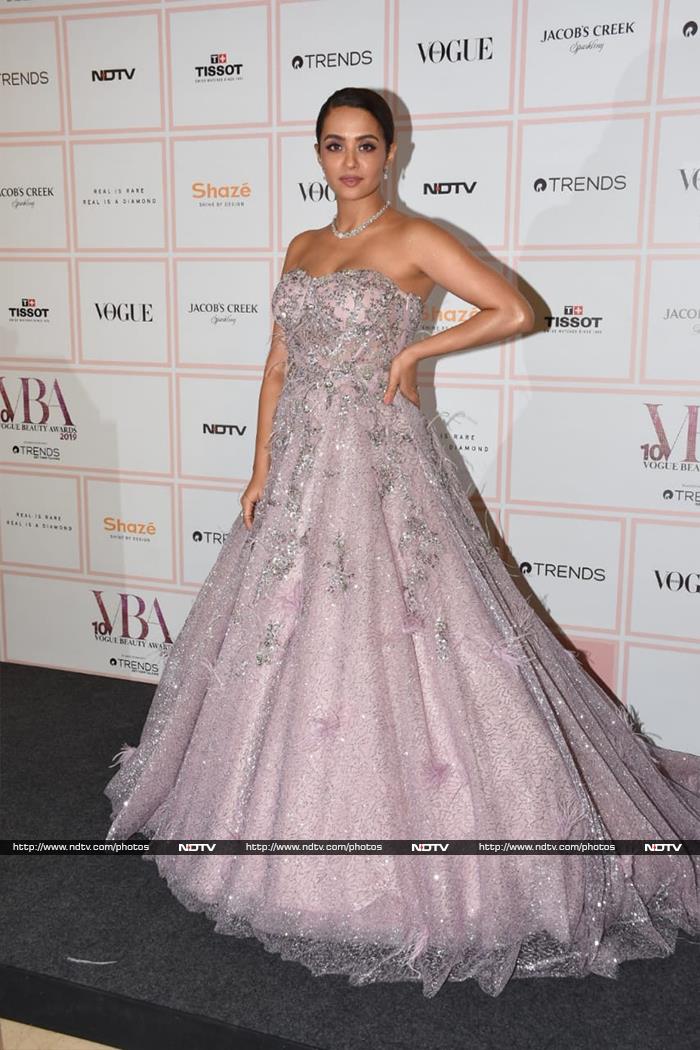 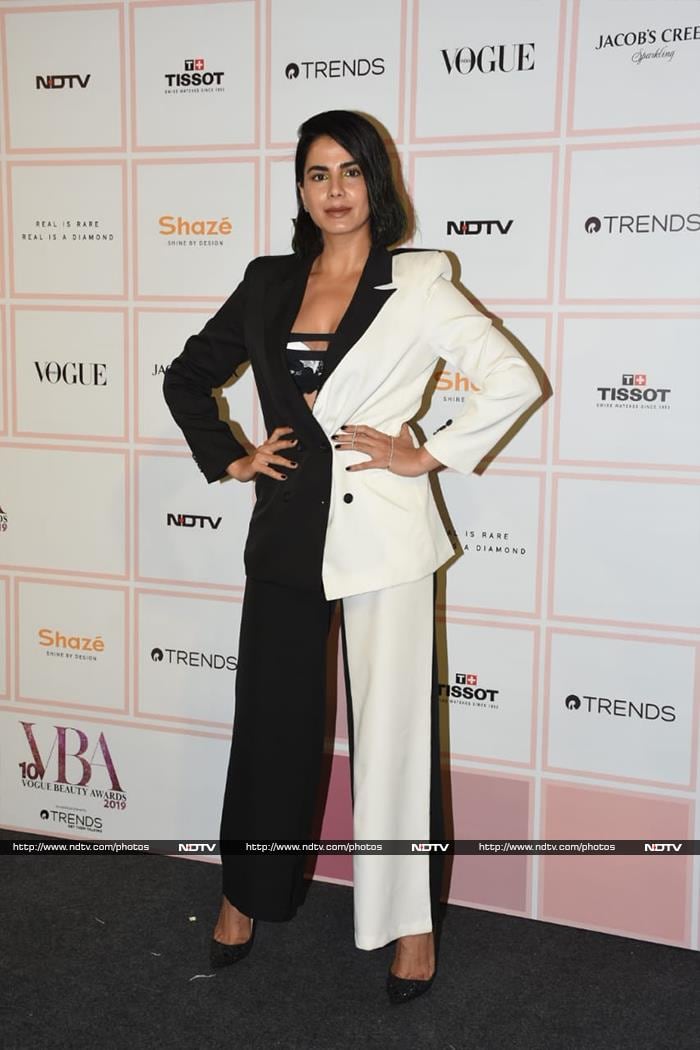 Sacred Games actress Kubbra Sait brought metallic vibes to the red carpet and how. And how much fun was Aparshakti Khurana having? 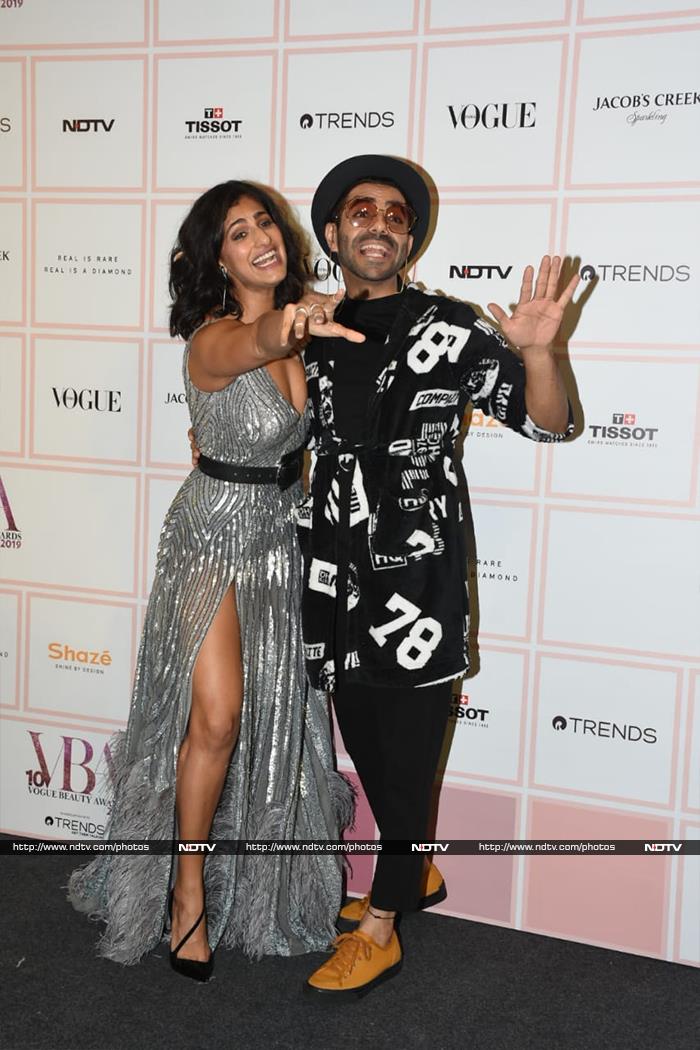 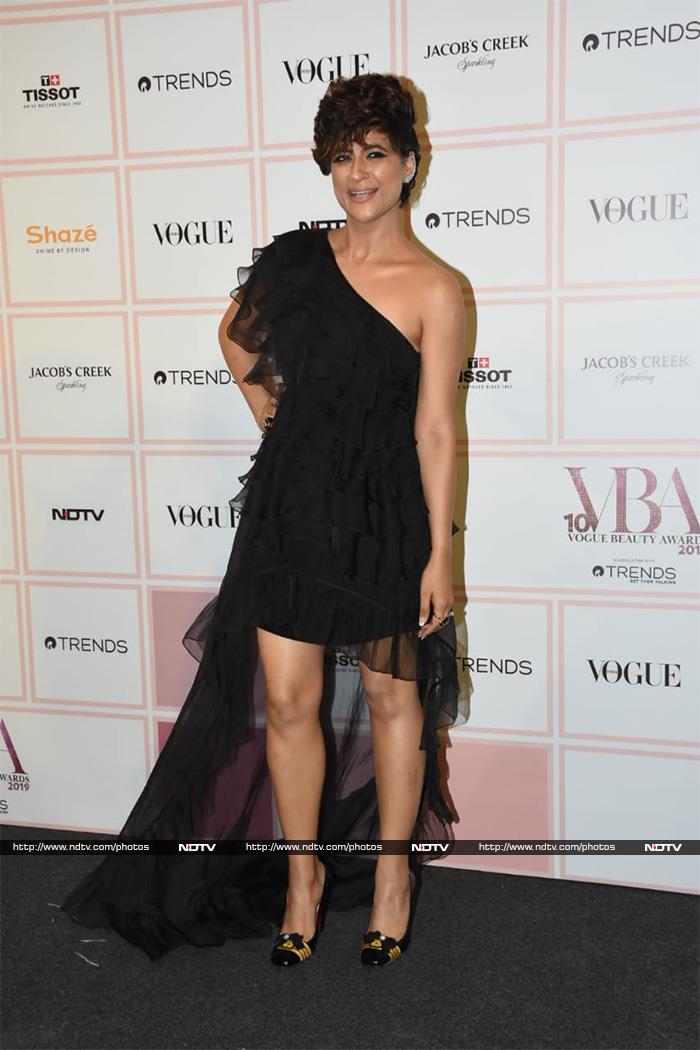 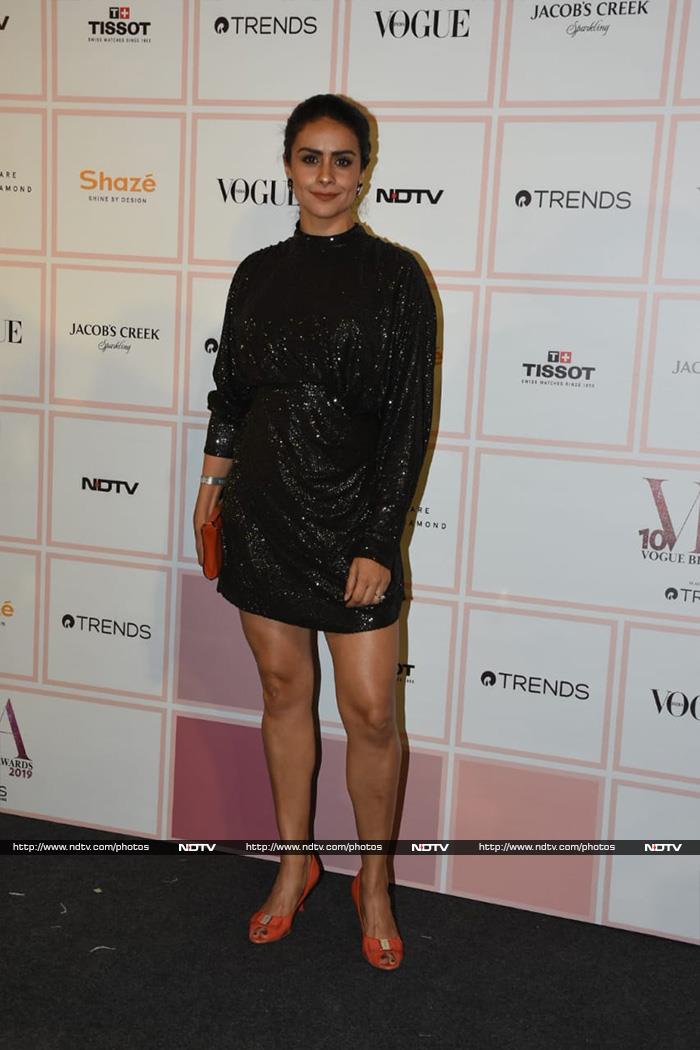 Patralekhaa brought sexy back in Jade; Radhika Madan stood out in a sea of noir and metallic in icy blue Jewellyn Alvares sheer gown. 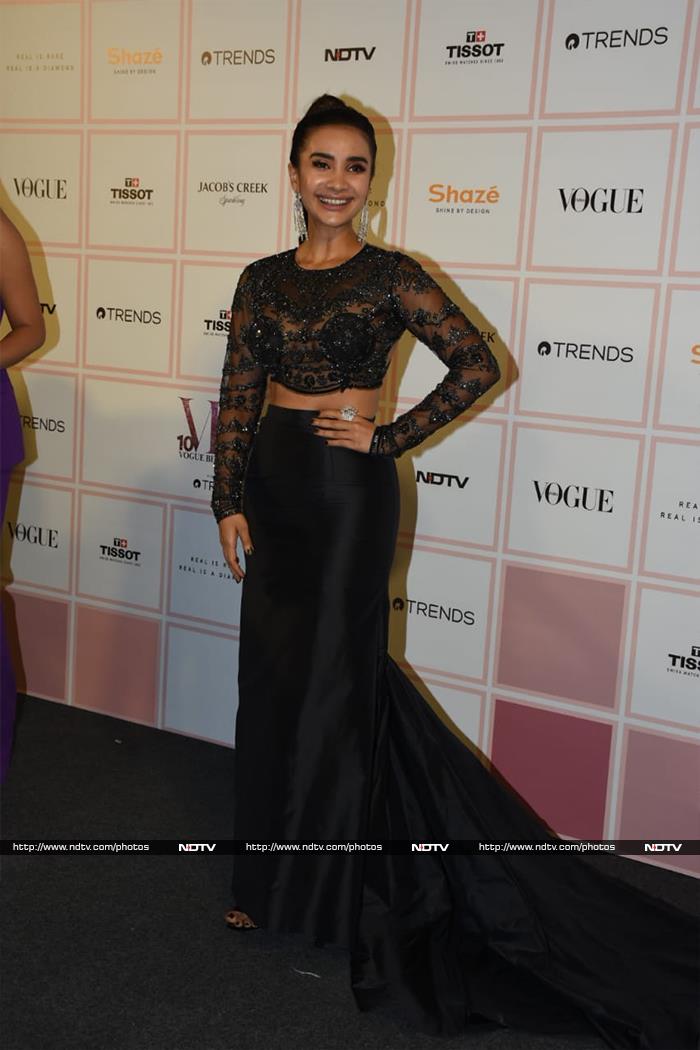 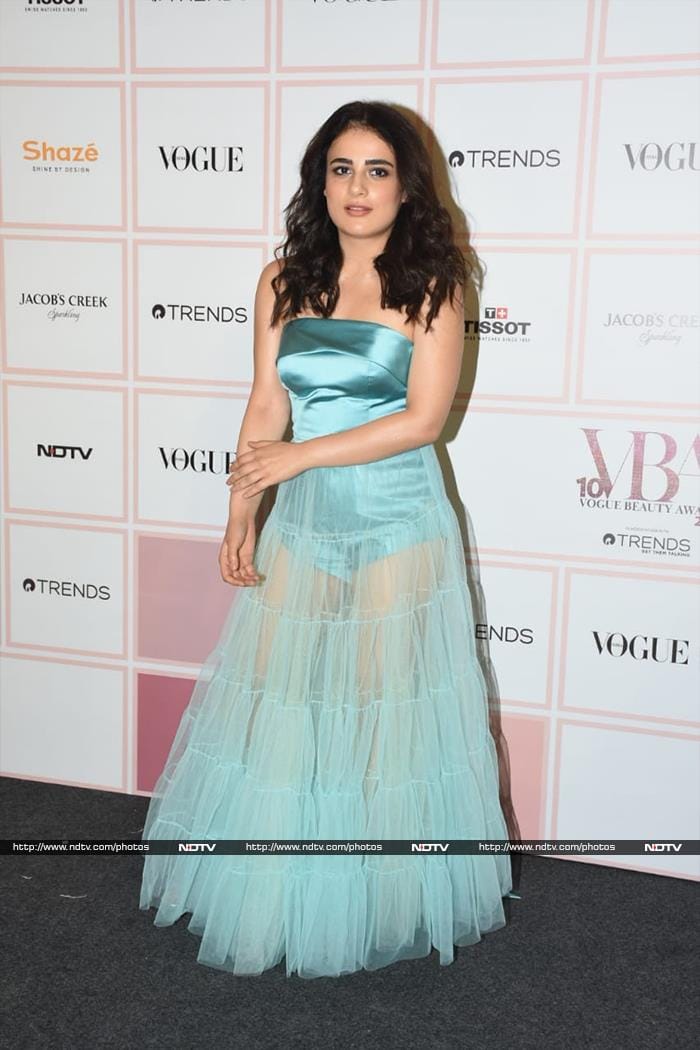 Rakul Preet Singh stood out in a scarlet, thigh-high slit dress by AADNEVIK, clearly the designer du jour. TV actress Karishma Tanna made a statement with her hair do on the Vogue Beauty Awards. Actress Shriya Pilgaonkar was also one of the early birds. 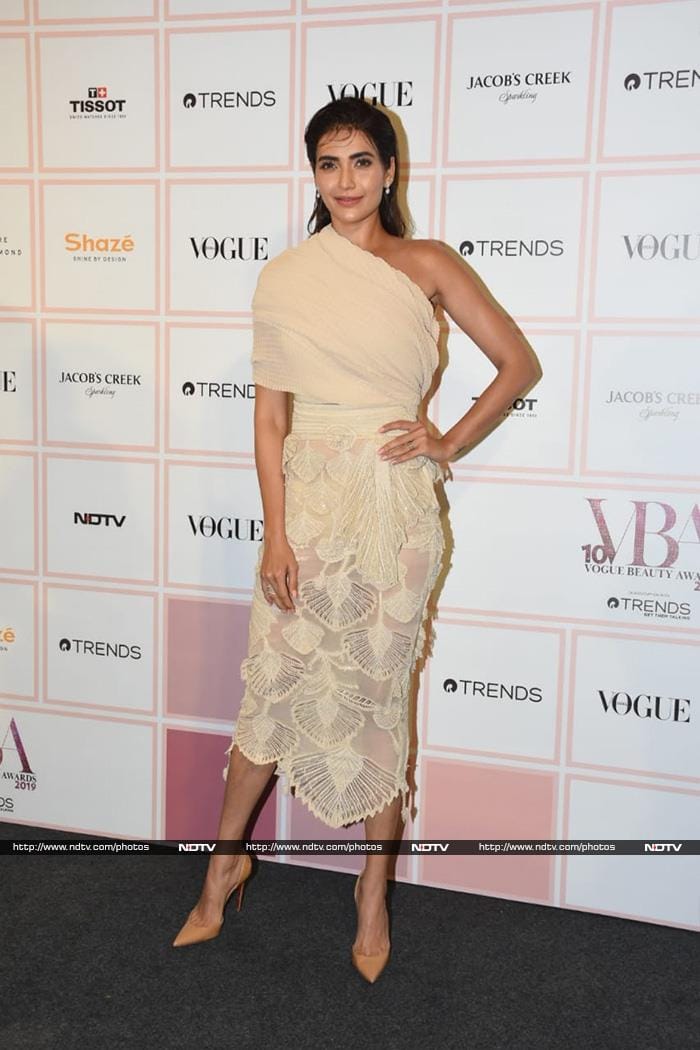 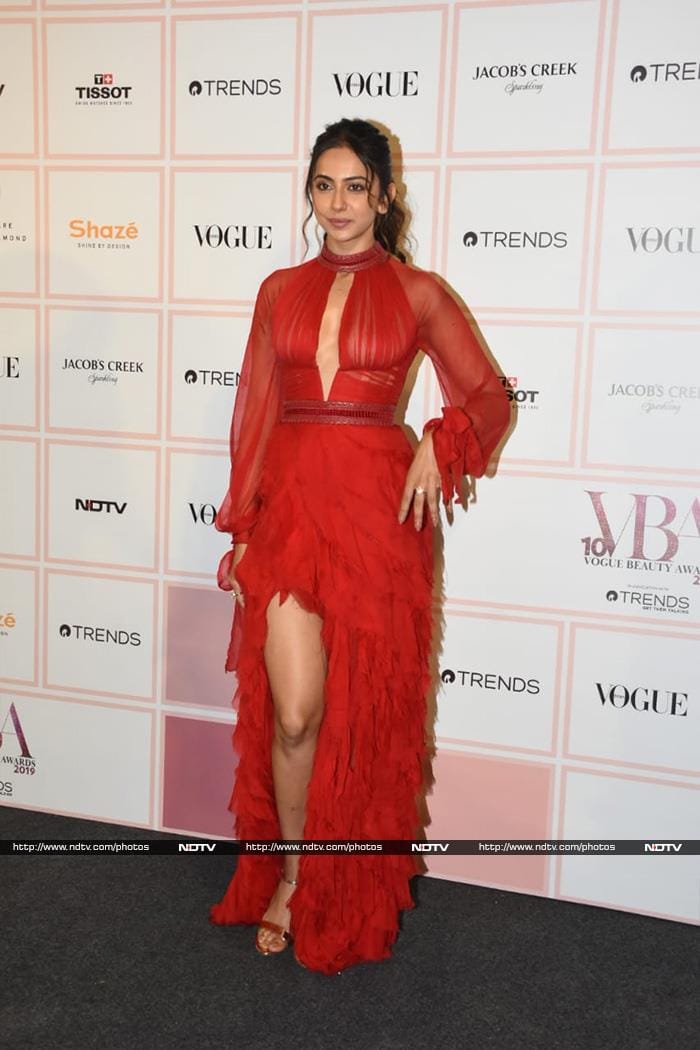 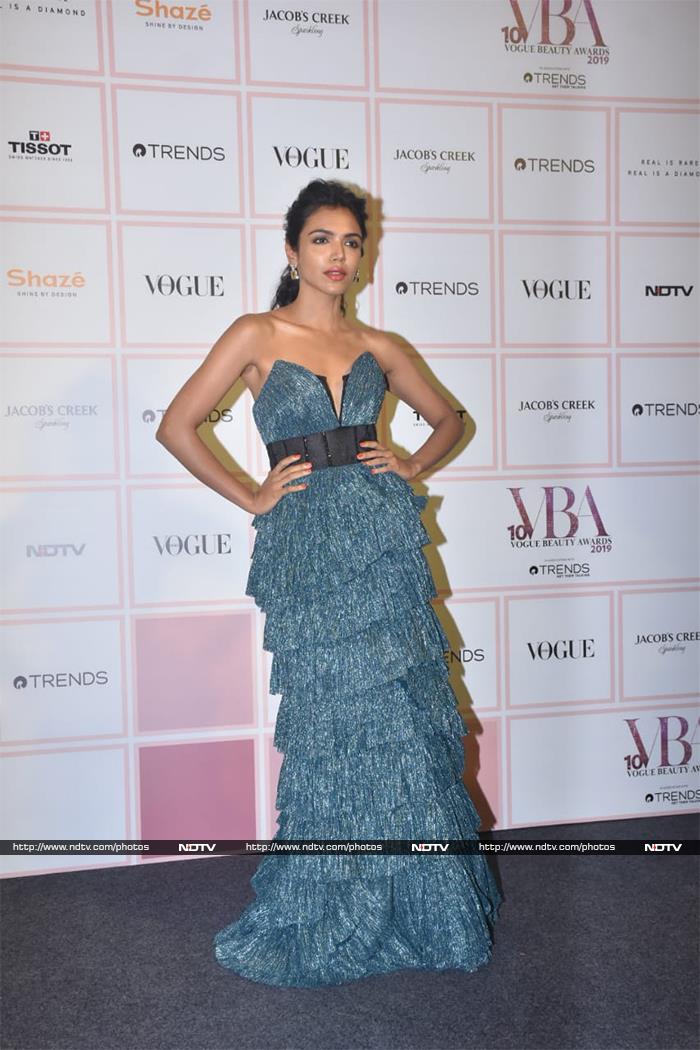 Which look from the Vogue Beauty Awards was your favourite?.