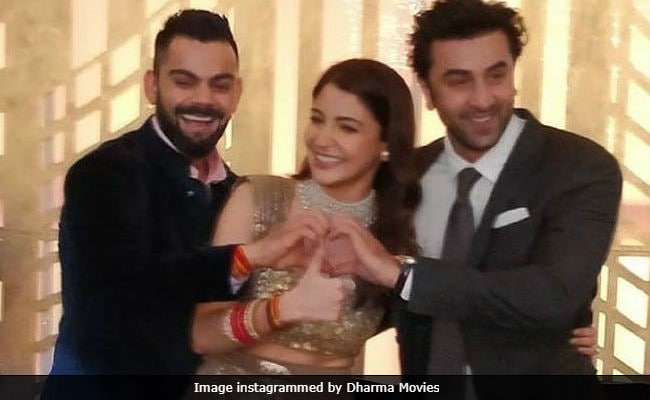 New Delhi: This picture of Ranbir Kapoor at Anushka Sharma and Virat Kohli's Mumbai reception is going viral. The photo of Anushka sandwiched between Virat and Ranbir who are making the heart symbol (rudely interrupted by Anushka's thumbs-up), is being shared and circulated by several fan clubs. It was originally shared by Karan Johar's Dharma Productions with the caption: "The return of Ae Dil Hai Mushkil and the epic ek tarfaa pyaar sign." Anushka Sharma and Ranbir Kapoor have made two films together - Bombay Velvet and the more recent Ae Dil Hai Mushkil. fans of the film and Ranbir and Anushka, simply loved Dharma's cheeky post and some even added comments like: "And Channa Mereya on playing."

Anushka Sharma and Virat Kholi married on December 11 in Tuscany Italy and soon after their wedding announcement, memes of Ranbir Kapoor at their Tuscan wedding flooded the Internet. One such meme was:

Promoted
Listen to the latest songs, only on JioSaavn.com
The Mumbai reception was an out and out Bollywood extravaganza with the Bachchans, Shah Rukh Khan, Priyanka Chopra, Kangana Ranaut, Sridevi and Madhuri Dixit in attendance. Of course, Virat's colleagues like Sachin Tendulkar, MS Dhoni, Zaheer Khan, Yuvraj Singh, Harbhajan Singh and Sourav Ganguly were also there.

Here's a glimpse of the attendees: 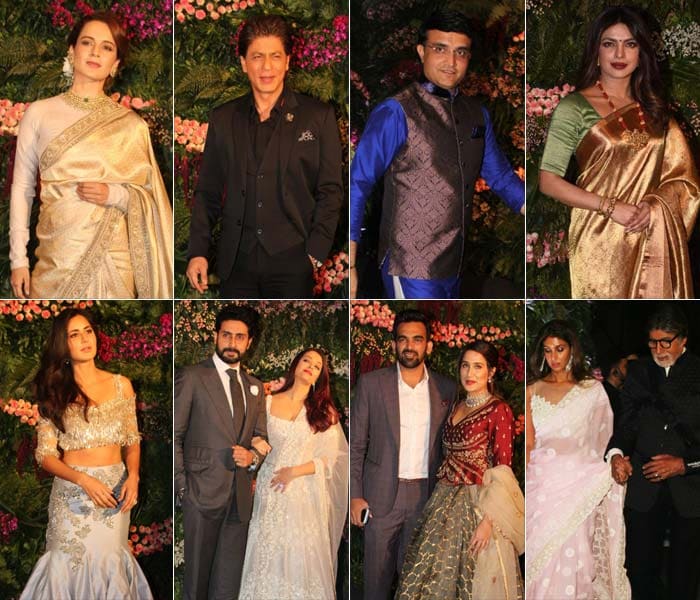 Virat and Anushka will now leave for South Africa, where Virat prepares for an upcoming series. Anushka will ring in the New Year with her husband and return in January 2018 to complete her pending projects such as Aanand L Rai's film, YRF's Sui Dhaaga and promotions of Pari.
Comments
ranbir kapoorvirat anushkaae dil hai mushkil