Anil Kapoor was one happy father at daughter Sonam's mehendi, which was hosted on Sunday evening 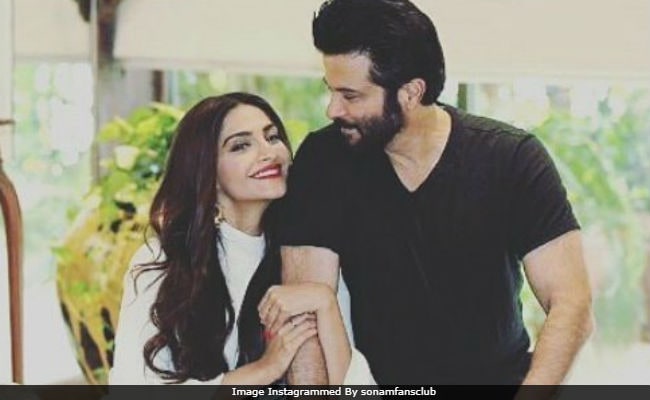 New Delhi: Anil Kapoor was one happy father at daughter Sonam's mehendi, which was hosted on Sunday evening. Sonam's wedding to fiancé Anand Ahuja is tomorrow. The festivities began with a mehendi ceremony, which will be followed by sangeet, scheduled for today. Several pictures and videos from the mehendi have been shared online and they are every bit rocking. A video of Anil Kapoor and wife Sunita dancing to some peppy tracks is keeping the Internet busy now. Anil Kapoor danced to the beats of Subah Hone Na De with the guests while Sunita shook her legs to Hawa Hawa song, from Anil and Arjun Kapoor's Mubarakan. The bride-to-be Sonam too joined the group later.

Sonam and Anand danced to Dil Bada Beimaan and shared a hug at the dance floor.

In case you missed it, we have collated some rocking pictures from Sonam ki mehendi. (You can thank us later).

What it's all about. My #everydayphenomenal

Promoted
Listen to the latest songs, only on JioSaavn.com
Sonam Kapoor and Anand Ahuja will marry in a Sikh ceremony on May 8 and a wedding reception is scheduled for later in the night.

After several weeks of rumours, they announced their wedding via a joint statement: "The Kapoor and Ahuja families, take great joy and pride, in announcing the marriage of Sonam and Anand. The wedding will take place on the 8th of May in Mumbai. Since it is an intimate affair, we request you to respect the family's need for privacy. Thank you for all your blessings and love, as we celebrate this special moment in our lives."