Viral: Priyanka Chopra's Pic From The Sets Of Citadel 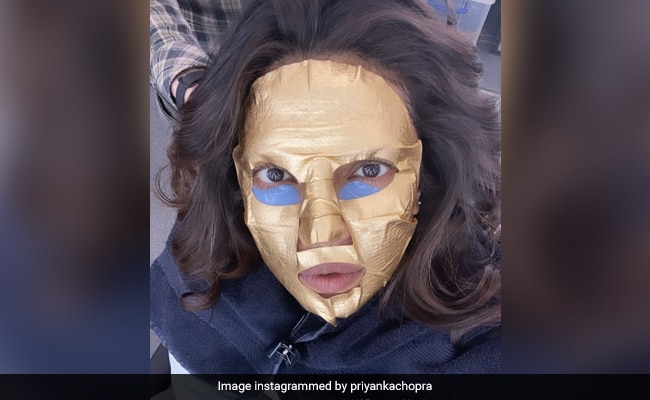 Priyanka Chopra, on Monday, treated her fan to a unique BTS picture from the sets of her work-in-progress series Citadel, which she is filming in London currently, and it went viral in no time. Priyanka Chopra moved to London last year to complete the shooting schedule of her new Hollywood movie Text For You but her stay got extended after UK went into another lockdown due to the rise in COVID-19 cases. Priyanka and her husband, singer Nick Jonas, live in California. On Monday, Priyanka Chopra shared a selfie, in which she can be seen sporting a gold facemask and a white outfit. She let her hair loose.

Sharing the photo, Priyanka Chopra asked her fans to caption it. Take a look: 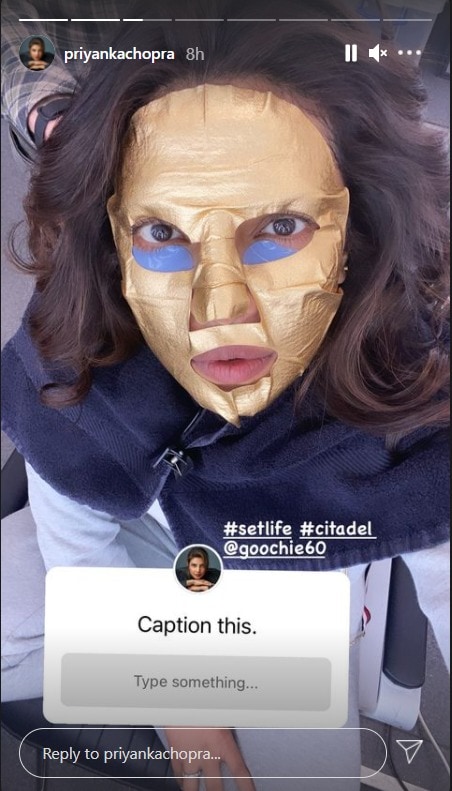 Citadel is directed by The Russo Brothers, who are known for helming Endgame and Infinity War. It is a multi-series with productions from India, Italy and Mexico. Priyanka Chopra co-stars with Game Of Thrones and Bodyguard actor Richard Madden.

A couple of days ago, Priyanka Chopra posted a photo of herself getting ready for the shoot on the sets of Citadel. "I always find my light," the actress wrote in the caption #glamchair #setlife #citadel and #cleanskinfromwithin. Check out her post here:

Priyanka Chopra was last seen in The White Tiger, in which she co-starred with Rajkummar Rao and Adarsh Gourav. The film was nominated in the Best Adapted Screenplay category for Oscars 2021 but Anthony Hopkins' The Father, competing in the same category, won the award on Sunday. Other than Citadel and Text For You, the actress also has Matrix 4 lined up.