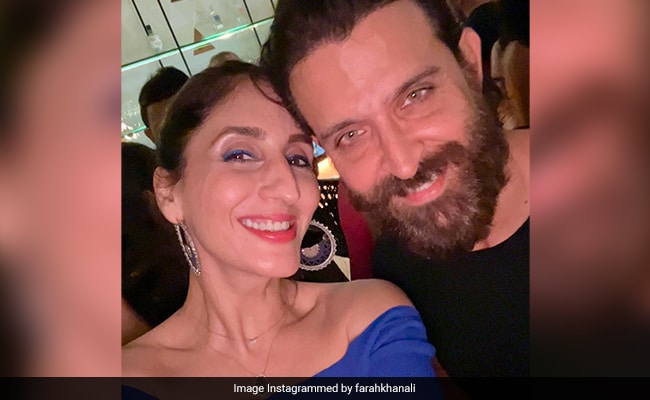 In Goa, Hrithik Roshan partied with friends and his plus one was rumoured girlfriend and actor-musician Saba Azad. Also present at the party was Hrithik's ex-wife and entrepreneur Sussanne Khan, who attended the bash with her rumoured boyfriend Arslan Goni. Meanwhile, Sussanne Khan's sister Farah Khan Ali also posted pictures from the party in Goa. In one of the pictures, Farah Khan Ali and ex brother-in-law Hrithik Roshan can be seen happily posing together. The guest list also included filmmaker Abhishek Kapoor, actor Zayed Khan and wife Malaika Khan, actor Pooja Bedi, film producer Shabinaa among other friends.

On Tuesday, Hrithik Roshan-Saba Azad, Sussanne Khan-Arslan Goni were clicked at the Mumbai airport (separately). Hrithik and Saba were pictured walking hand-in-hand earlier. A few hours later, Sussanne and Arslan also made headlines for making an appearance together at the airport. 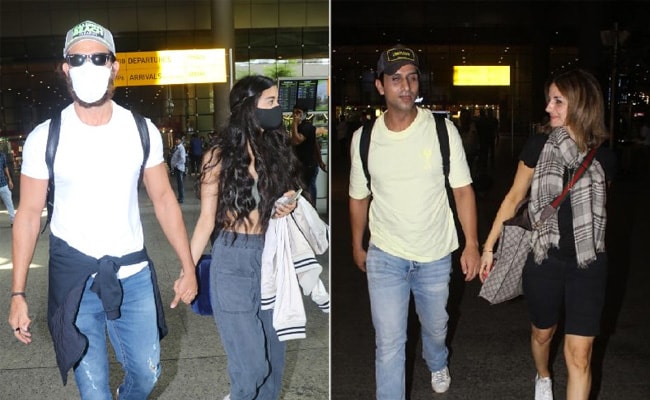 Hrithik Roshan and Sussanne Khan got divorced in 2014. They are parents to sons Hrehaan and Hridhaan. Besides being an interior designer, Sussanne Khan also runs an apparel brand called The Label Life, with Malaika Arora and Bipasha Basu. Sussanne Khan and Saba Azad frequently feature in headlines for their social media exchanges. Other than that, Sussanne also attended Saba's gig in Mumbai a few months ago.

In terms of work, Hrithik Roshan will next be seen in a high-octane action film co-starring Deepika Padukone, which is titled Fighter. The film will be directed by Siddharth Anand. He was last seen in the blockbuster hit War, co-starring Tiger Shroff and Vaani Kapoor. The same year, he also starred in the film Super 30, which released in 2019. He will also star in Vikram Vedha with Saif Ali Khan.