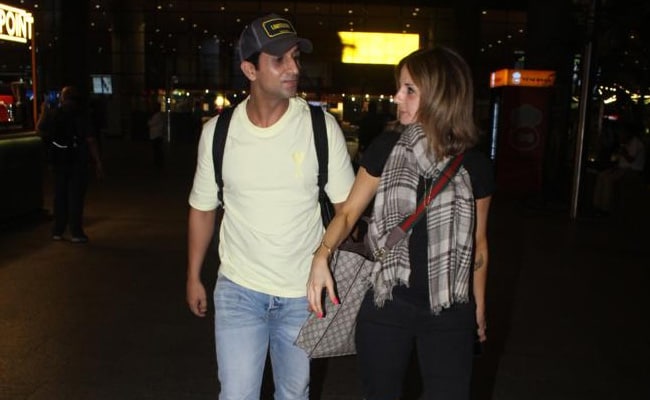 Sussanne Khan pictured with Arslan Goni at the airport.

It was a busy day for celeb couples at the Mumbai airport on Tuesday. Earlier during the day, Hrithik Roshan and his rumoured girlfriend Saba Azad were pictured walking hand-in-hand at the airport. A few hours later, Hrithik's ex-wife and interior decorator Sussanne Khan was pictured with rumoured boyfriend Arslan Goni. Both Hrithik and Sussanne attended Pooja Bedi's party in Goa with their respective partners, pictures from which the actress shared on her Instagram stories. Sussanne and Arslan have reportedly been dating since a year, while Hrithik and Saba began seeing each this year, reportedly.

See pictures of Sussanne Khan and Arslan Goni at the airport: 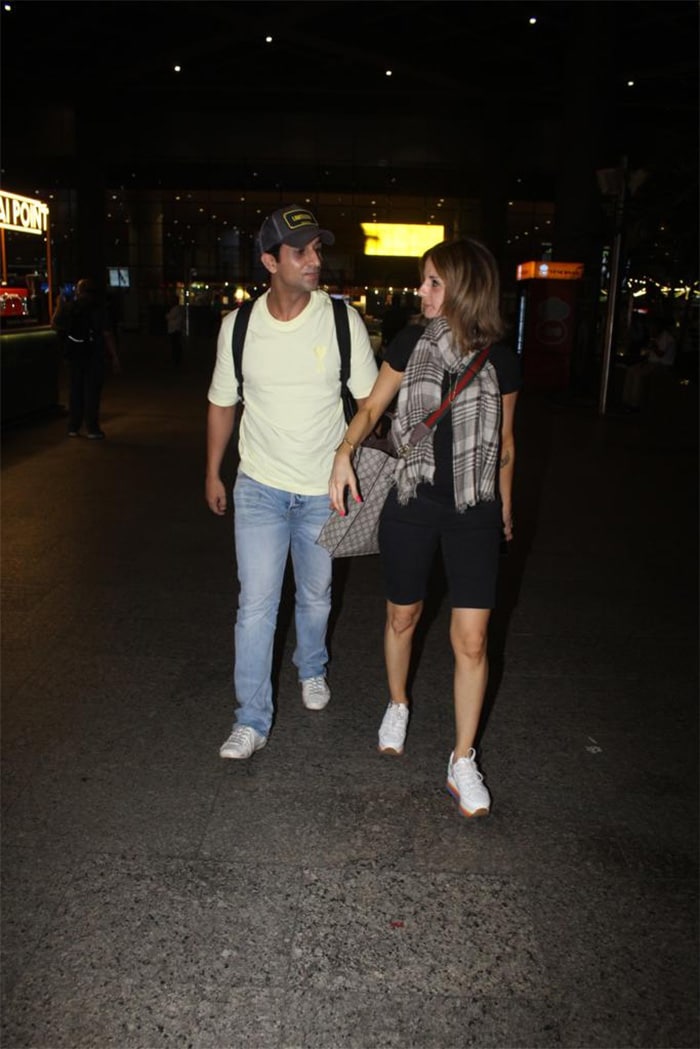 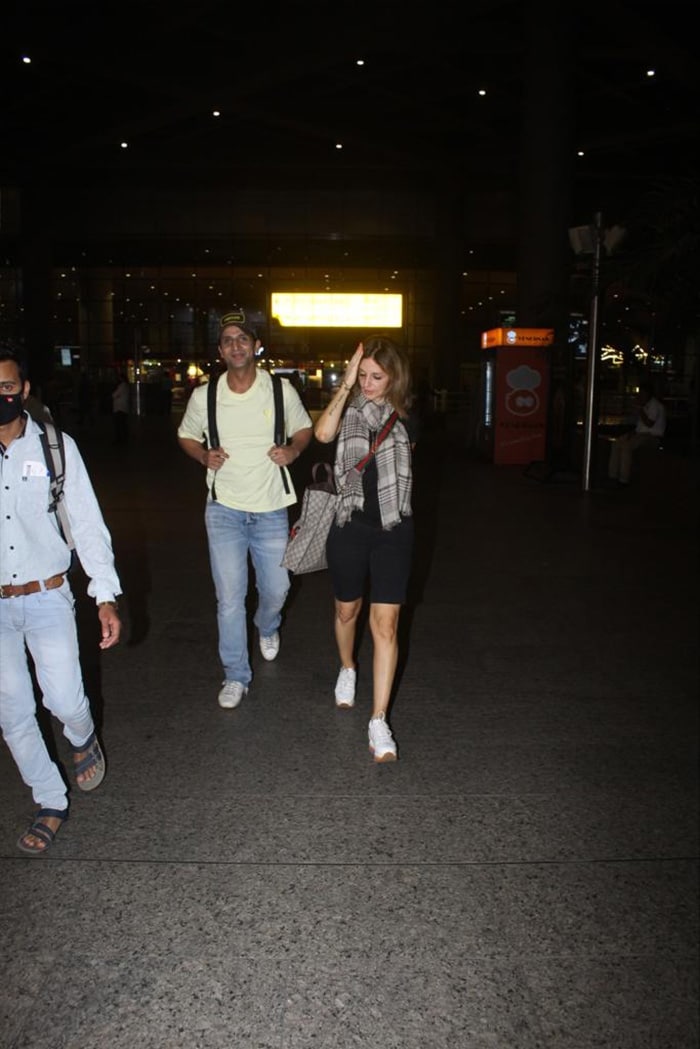 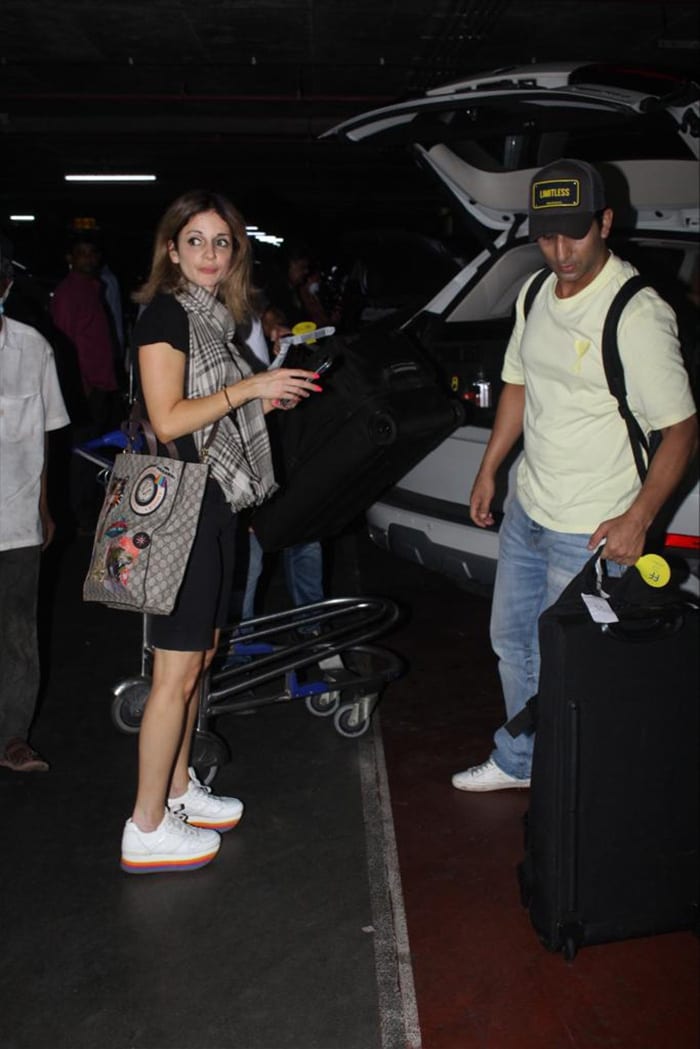 Here are a few shots of Hrithik Roshan and Saba Azad at the Mumbai airport: 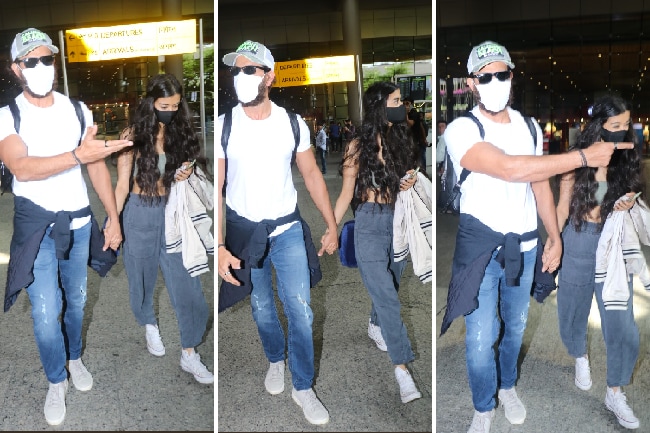 Earlier this year, Sussanne Khan attended Saba's gig in Mumbai and she shared a picture from it on her Instagram stories and she wrote: "What an amazing eve! You are super cool and supremely talented." Later, Saba thanked Sussanne in an Instagram story, where she wrote: "Thanks my Suzie. So happy you were there last night." The duo trended big time for their Instagram exchange.

A few months ago, Saba Azad also spent a Sunday with Hrithik's family. His uncle and music composer Rajesh Roshan posted a picture from the fam-jam, which also featured Hridaan and Hrehaan Roshan, Pinkie Roshan, Kanchan Roshan, Pashmina Roshan, Suranika and Eshaan Roshan. "Happiness is always around... Especially on a Sunday, specifically at lunch time," he captioned the post.

Hrithik Roshan was previously married to Sussanne Khan. They got divorced in 2014. They are parents to sons Hrehaan and Hridhaan. Besides being an interior designer, Sussanne Khan also runs an apparel brand called The Label Life, with Malaika Arora and Bipasha Basu.

Saba Azad is a singer-musician. She has featured in films likeDil Kabaddi and the 2011 movie Mujhse Fraaandship Karoge. She was also a part of the Netflix anthology Feels Like Ishq. She was last seen in the web series Rocket Boys.