Viral (Again): Parvathy's Response To Being Called Out For Using 'Bipolar' Casually Wins The Internet 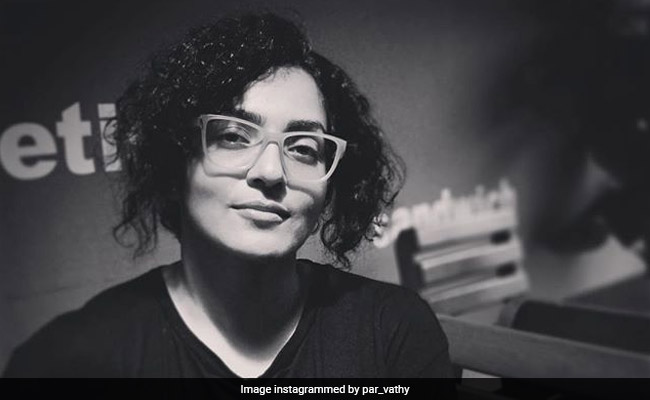 Parvathy has been trending for the last few days (courtesy par_vathy)

Actress Parvathy Thiruvothu, who has been trending for the last few days for telling it like it is at a round table with other actors, out-Parvathy-d herself by responding to a tweet calling her out for casually using the term 'bipolar behaviour' during the discussion. Speaking to Film Companion's Anupama Chopra in a gathering that included Arjun Reddy star Vijay Deverakonda, the refreshingly outspoken Parvathy spoke at length about why Arjun Reddy and its Hindi remake Kabir Singh, both accused of extreme misogyny, made her uncomfortable. In a comparison of Arjun Reddy and the recently released Joker - specifically how she felt the first film glorified violence and the second did not - Parvathy explained how the comments she read online appeared to indicate that Arjun Reddy 'incited violence,' describing it as 'a murky space' and 'bipolar behaviour.'

Parvathy later chanced upon a comment from a Twitter user that read, "Okay ya'all, Parvathy is definitely rocking it here but did she just say 'that's a bipolar behaviour?' Sorry, I couldn't continue watching it post that." Being Parvathy, she responded, saying she stood corrected and that she had been 'trying to unlearn usages that allow using grave mental disabilities as a mere "adjective" to explain a situation.' Read her tweets here:

Hi Divya! Came across this comment. Thank you! It was a wrong choice of words and I stand corrected. This is important as I myself have been trying to unlearn usages that allow using grave mental disabilities as a mere "adjective" to explain a situation.

not only reveals the actual shocking reality of a larger mindset but also glorifies/encourages it. As I said, thank you for bringing it to my notice. We learn -unlearn- learn, encore!

Judging by the comments on Parvathy's responses, her fan base just swelled majorly - if it hadn't already after the Film Companion interview went viral. As this tweet points out, though, Parvathy has been known for speaking her mind for a while now:

People calling Parvathy brave for speaking against AR in front of VD, you are cute. She is someone who openly expressed her disappointment in Mammootty over Kasaba, and Mohanlal's handling of Dileep--THE superstars of her industry. She IS brave and has been for a while.

Parvathy Thiruvothu, 31, is best-known for her work in Malayalam cinema. She made her debut with a supporting role in 2006's Out Of Syllabus, later playing leading roles in acclaimed films such as Poo, Ennu Ninte Moideen, Charlie, Take Off, Virus, Kannada film Andhar Bahar and the Tamil language Maryan. In 2017, Parvathy made her Hindi debut in Qarib Qarib Singlle opposite Irrfan Khan. Parvathy has won several awards, including a Special Mention at the National Awards for Take Off.