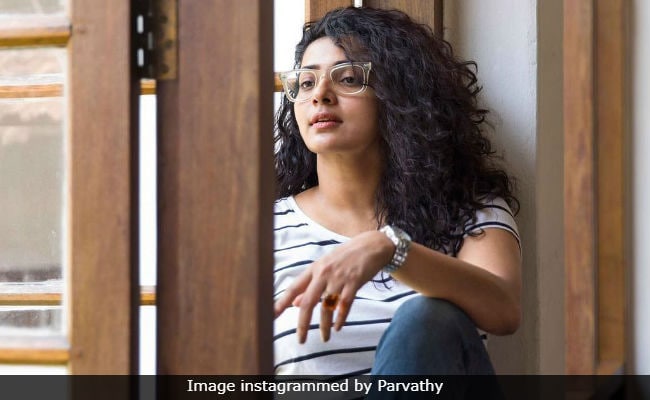 South actress Parvathy on Tuesday attended the Jio MAMI Mumbai Film Festival in Mumbai where she revealed that she was assaulted when she was three or four-years-old and it took her 17 years to realise what had happened to her and another 12 years to speak about it, reports news agency IANS. Parvathy's statement comes in the wake of the ongoing #MeToo movement in India, in which several female artistes have shared heart-wrenching stories of being assaulted in the past. Speaking at the MAMI Mumbai Film Festival, Parvathy said: "It happened to me when I was very young. It took me 17 years to realise it did happen to me. I was three or four-years-old. I didn't ask for it. But I was assaulted. And then to speak about it, it took me another 12 years." Weeks before the festival began, MAMI organisers revised the final line-up of films excluding the projects, in which any team member was implicated in #MeToo stories.

"To sit and speak of it as a fact that has happened to me... but not being defined by my gender. So, I sit here as a person first and then rest of the tags come in. But you know where the survival part comes... it's still a struggle for me on a daily basis to realise it, acknowledge it and get past it. It's a daily affair. And then let my friends know, my parents cope with it. It becomes an extreme exercise on a daily basis," Parvathy was quoted as saying.

Parvathy has featured in over 20 films in Kannada, Malayalam and Tamil languages. She is best known for her roles in Milana and Andhar Bahar in Kannada; Maryan and Poo in Tamil, and Malayalam films Bangalore Days, Ennu Ninte Moideen and Take Off, which released last year. She debuted in Bollywood opposite Irrfan Khan in 2017's Qarib Qarib Singlle.

Parvathy is also a member of the Women in Cinema Collective (WCC), an outfit of women in the Malayalam film industry.

#MeToo movement knocked the doors of the Indian film industry after actress Tanushree Dutta revived a decade old sexual harassment case against actor Nana Patekar. Several female artistes flooded social media with their #MeToo stories calling their harassers out, in which prominent industry insiders were named and shamed. In Bollywood, actors such Alok Nath and Rajat Kapoor, and filmmakers Subhash Ghai and Sajid Khan, among others, were accused of sexually harassing their colleagues and aspiring artistes.