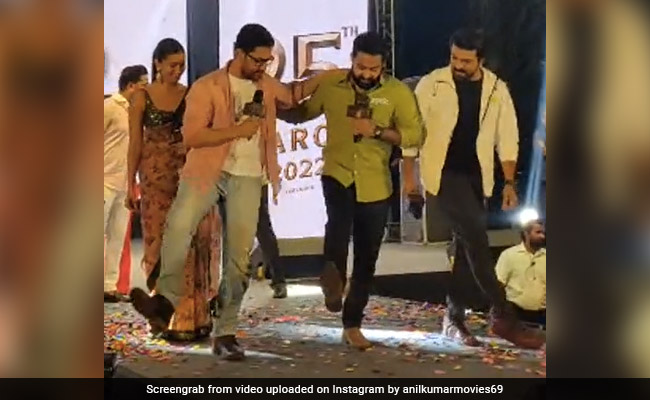 RRR has been written by Vijayendra Prasad and directed by SS Rajamouli. The music of the film is composed by MM Keeravani with KK Senthilkumar handling the camera. It is bankrolled under the banner of DVV Entertainment. Reportedly, the film has been made at a budget of Rs 336 crore, excluding the salary of the cast as well as the crew.

The film is based on the fictional tale of the younger days of freedom fighters Komaram Bheem and Alluri Seetharamaraju and also features Ajay Devgn in a cameo role. S S Rajamouli's RRR will release on March 25 in Telugu, Hindi, Tamil, Malayalam, and Kannada.

On the work front, Aamir Khan will next be seen inLaal Singh Chaddha, which will release on August 11. The film has been directed by Advait Chandan and is the official Hindi remake of Forrest Gump featuring Tom Hanks.