Viral: A Day In Suhana Khan's Life As A Freshman At NYU 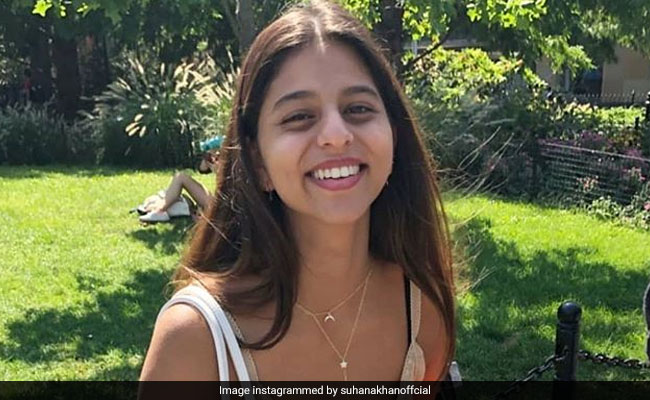 Shah Rukh Khan's daughter Suhana Khan often finds a spot on the list of trends as she features in viral photos and videos shared by fan-clubs on social media. Fan-clubs have procured yet another photo of Suhana Khan from her day out with friends in New York. Suhana, who recently started her term at NYU (New York University), was spotted chilling with her friends in and around Manhattan recently and just a glimpse of her as a NYU student is crazy viral now. In the photo, Suhana Khan can be seen holding her morning fix - a cuppa - as she smiles ear-to-ear at her friend's camera. Dressed in black and beige casuals, Suhana is absolutely cute as a button.

With her infectious smile, Suhana will make you smile back at her in this sun-soaked pic:

Last week, Gauri Khan was in NYU to see Suhana Khan off on her first day of college. Gauri had Instagrammed a video and then deleted it shortly after, which was captioned: "A glimpse of a college freshman day. #NYU."

Suhana Khan, who studied at Mumbai's Dhirubhai Ambani International School, is best friends with Ananya Panday and Shanaya Kapoor, both of who have begun their journeys in Bollywood. As per a strict rule from Shah Rukh Khan, Suhana can only join films after finishing studies.

In between school and NYU, Suhana went to England's Ardingly College, when she featured in a short film. She also headlined a stage play Romeo + Juliet in London last year, which was attended by Shah Rukh Khan. Suhana has also made her magazine cover debut for Vogue last year.