"Working with one of the finest actor and a colleague I have admired for year," wrote Hrithik Roshan 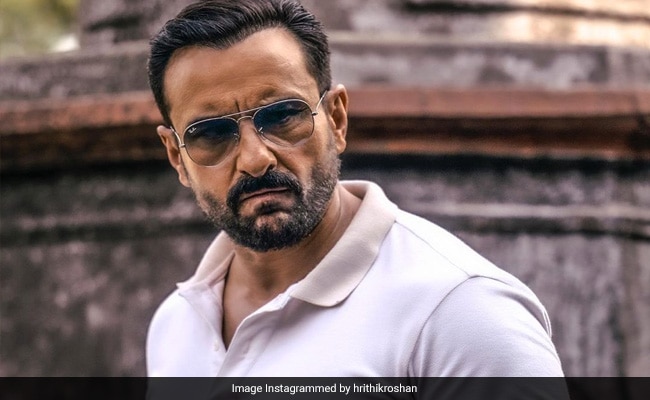 Saif Ali Khan might be a social media recluse but his co-star Hrithik Roshan shared a picture of the actor's first look from the film Vikram Vedha, which placed him on Thursday's trends list. Saif Ali Khan sports an intense look in the film. Sharing the picture of Saif on his Instagram profile, Hrithik wrote: "Working with one of the finest actor and a colleague I have admired for years is going to be an experience I'm going to cherish. Can't wait." Vikram Vedha is a Hindi remake of the Tamil film of the same name, directed by duo Pushkar and Gayathri. The 2017 thriller was headlined by Vijay Sethupathi and R Madhavan. The film is slated to release in September this year.

On his birthday this year, Hrithik Roshan shared a picture of his first look from the film. He simply captioned it: "Vedha." ICYMI, this is the post we are referring to:

In terms of work, Hrithik Roshan will also be seen in a high-octane action film co-starring Deepika Padukone, which is titled Fighter. The film will be directed by Siddharth Anand. He was last seen in the blockbuster hit War, co-starring Tiger Shroff and Vaani Kapoor. The same year, he also starred in the film Super 30, which released in 2019.