Earlier in the day, Kiara Advani and Vijay Deverakonda, all dressed up in traditional attire, were spotted at Mumbai's Filmaya Studio in Andheri. 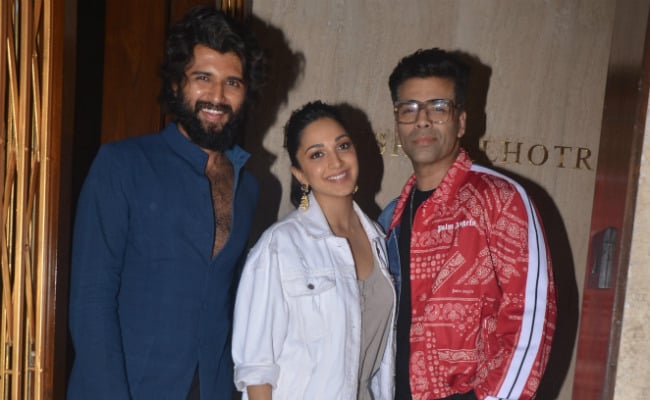 South star Vijay Deverakonda and actress Kiara Advani made it a night to remember as they checked into designer Manish Malhotra's Mumbai residence for a get-together on Sunday night. Joining the duo was filmmaker Karan Johar, who directed Kiara in Netflix anthology Lust Stories. She has also been part of Karan Johar-produced film Kalank and will feature in Dharma Productions' upcoming project Good News. Karan Johar has also roped in Kiara Advani for Dharma Productions' first Netflix feature titled Guilty. Karan Johar also recently acquired the rights to remake Vijay Deverakonda's Dear Comrade in Hindi, which will however, not be headlined by the south actor. 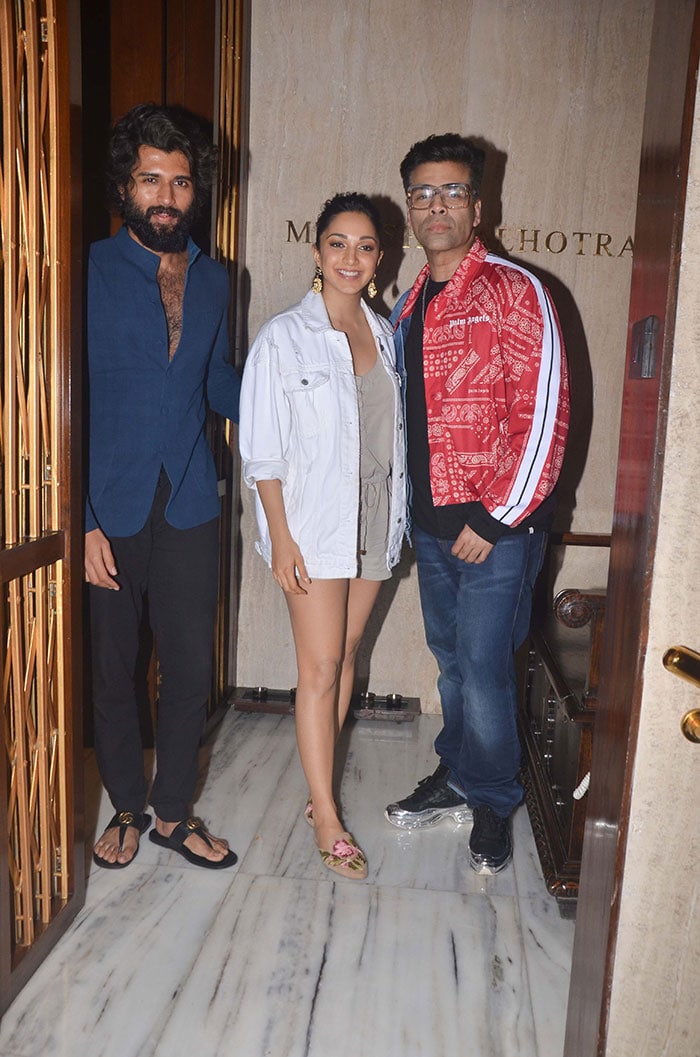 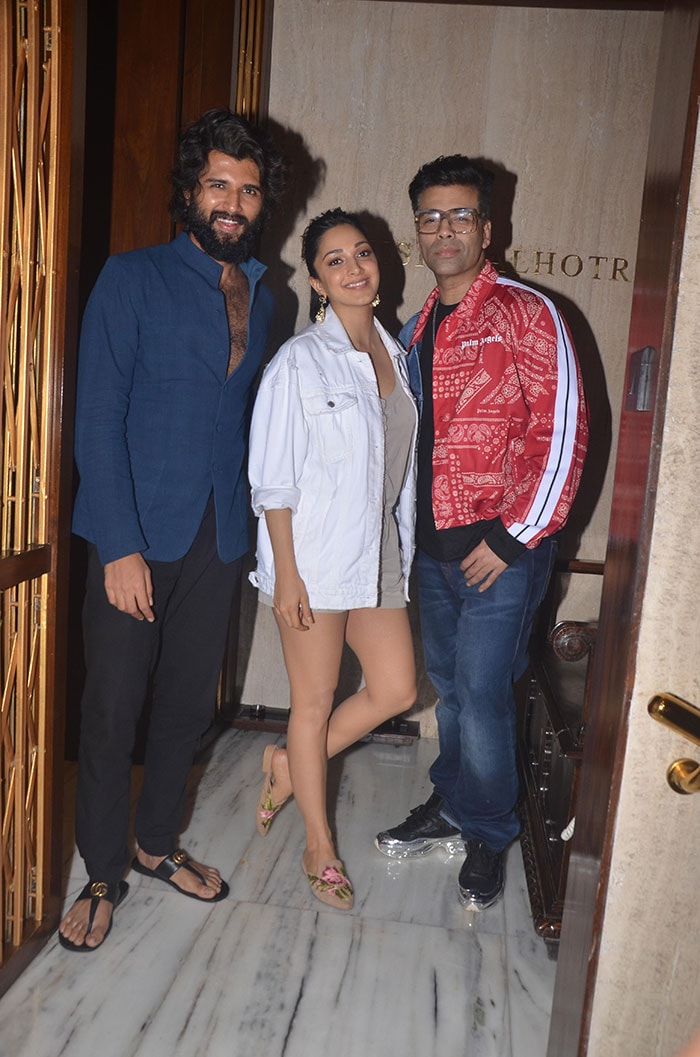 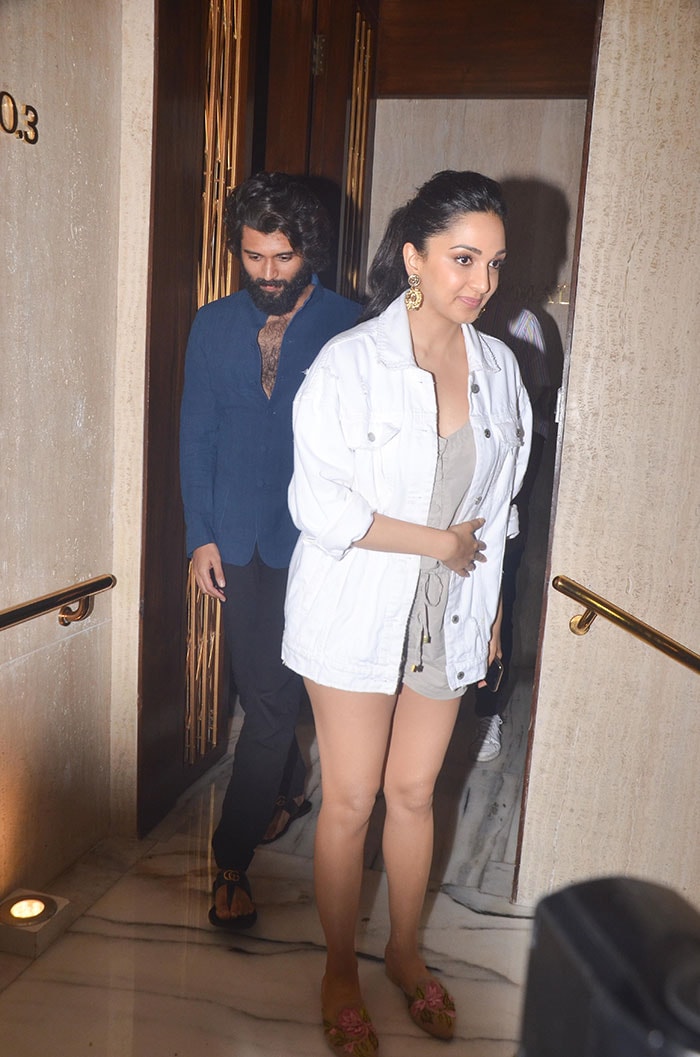 The paparazzi waiting outside Manish Malhotra's residence spotted Kiara Advani, Vijay Deverakonda and Karan Johar exiting the designer's house together on Sunday night. Vijay Deverakonda, who still appears to be getting used to Mumbai's paparazzi frenzy, patiently posed for the shutterbugs after being prompted by Karan Johar. Kiara was chic and smart in a grey jumpsuit paired with a white denim jacket while Vijay was comfortably dressed in casuals. 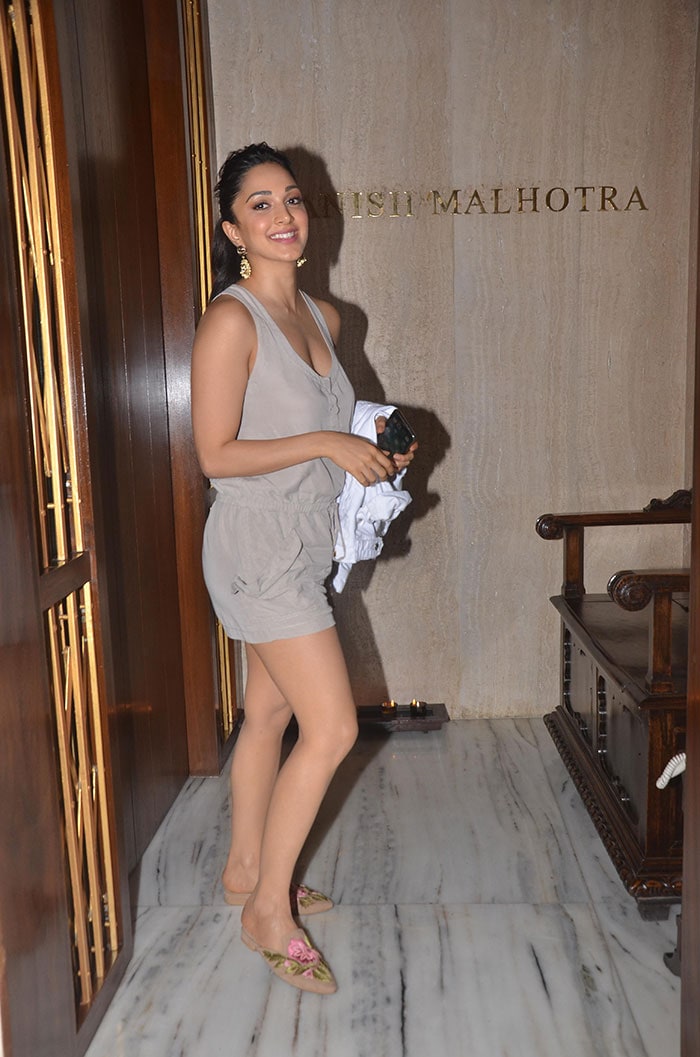 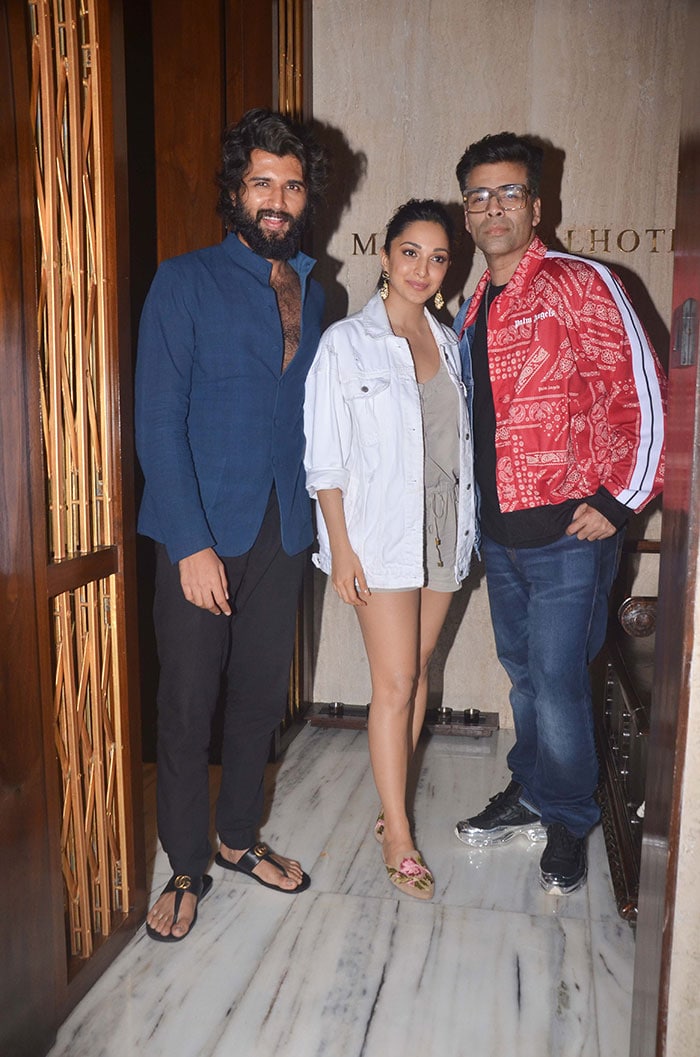 Earlier in the day, Kiara Advani and Vijay Deverakonda, all dressed up in traditional attire, were spotted at Mumbai's Filmaya Studio in Andheri. Kiara and Vijay reportedly shot for an advert together. 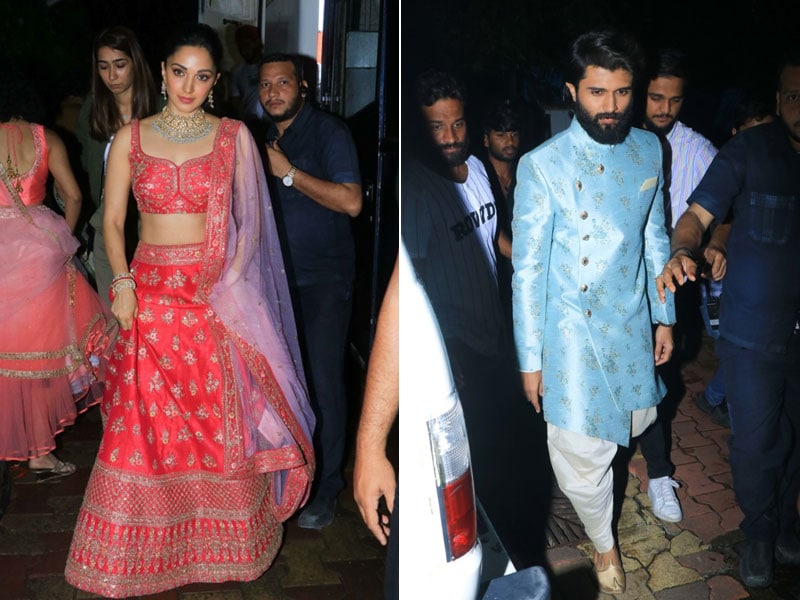 On the professional front, Kiara Advani has a distant connection with Vijay Deverakonda - she starred in Kabir Singh, the Hindi remake of Vijay's Telugu blockbuster Arjun Reddy. Shahid Kapoor played the titular role in Kabir Singh, which made over Rs 260 crores in a month.