Vijay Deverakonda rejected the offer to star in the remake saying, 'No point in telling the same story twice.' 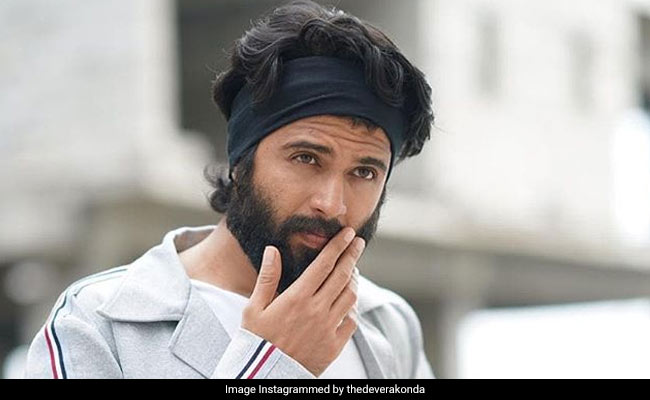 Actor Vijay Deverakonda may be excited about Karan Johar remaking his upcoming film Dear Comrade in Hindi but the Arjun Reddy star confirmed in an interview with Film Companion that he won't star in the remake. His reason - 'no point in telling the same story twice' but more on that later. A day after, Karan Johar announced the remake on social media and Vijay Deverakonda rejected the lead role in it, reports of Ishaan Khatter and Janhvi Kapoor starring in the remake were published in gossip columns. Mumbai Mirror reported that KJo may sign the Dhadak co-stars for the movie.

Janhvi, daughter of later actress Sridevi, debuted opposite Ishaan in the remake of Sairat and she has signed several films with Karan Johar after that including Dostana 2, Takht and the Gunjan Saxena biopic.

Meanwhile, Vijay Deverakonda explained why he rejected the remake of Dear Comrade and the remake of Arjun Reddy (Shahid Kapoor starred in Kabir Singh) before that as, "I don't want to be a Hindi film hero... I wanted to be an actor. Besides, I see no point in telling the same story twice. I spend so much energy on a film I do it... I can't redo entire emotions...It's not exciting for me because I know the scenes. I wouldn't want to waste six months doing the same."

Vijay added if he makes a Hindi film, he'd want it to be a Hindi-Telugu bilingual film. "Something that works back home and here. I don't see myself shifting base (to Mumbai)... my friends are back home."

Vijay Deverakonda was recently in Mumbai for a special screening of Dear Comrade for Karan Johar, who bought the Hindi remake rights of the film. After watching the film, Karan praised the Vijay and his co-star Rashmika Mandanna for their 'top notch performances' and he also said, 'The film is exceptionally moving and leaves you with such an important and relevant message.'

On his Instagram page, Vikay Deverakonda said that he's looking forward to working with Karan Johar and Dharma Productions. Fingers crossed for that film.

So proud to have this man, watch, love and be the one to remake our baby #DearComrade in Hindi. Team Dear Comrade Comrade @karanjohar biggest hugs, love and respect for you. Can't wait to do something mad with you and @dharmamovies #DearComradeOnJuly26th