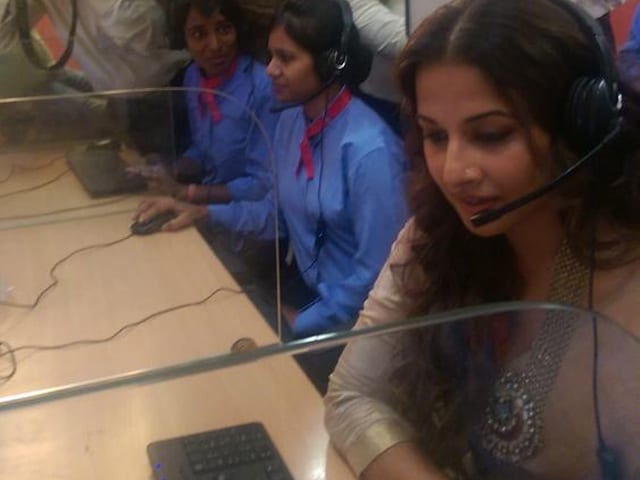 This image was posted on Twitter by Mahesh Bhatt

Vidya, 37, is on the post-release promotional spree for her latest movie Hamari Adhuri Kahani along with filmmaker Mahesh Bhatt, who has written the story of the film.

Mr Bhatt, 66 took to microblogging site Twitter to share Vidya's picture during a call at the 'Women Power Line'. He posted:

#HamariAdhuriKahani : Vidya Balan joins hands with our women in UP to amplify its msg - Chupi Todo - Khul ke Bolo! pic.twitter.com/lILDvFsWwF

In the film, Vidya plays the role of Vasudha, a victim of domestic violence who couldn't gather the courage to walk out of the marriage.

Hamari Adhuri Kahani, directed by Mohit Suri, also stars Emraan Hashmi and Rajkummar Rao in lead roles. The film was made tax free in the state prior to the release last on June 12.