In his responding tweet to Anupama Chopra, Chetan Bhagat accused her of standing by as her husband allegedly "drove (Chetan Bhagat) close to suicide." 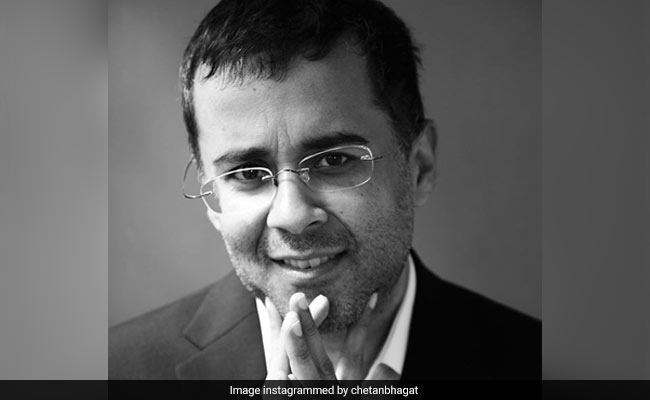 Producer Vidhu Vinod Chopra "bullied" and "drove him close to suicide," writer Chetan Bhagat has claimed in a tweet directed at critic Anupama Chopra, who is married to Vidhu Vinod Chopra. Mr Bhagat's book Five Point Someone was the basis for 2009 blockbuster 3 Idiots, starring actors Aamir Khan, R Madhavan and Sharman Joshi as the titular "idiots." The film was produced by Vidhu Vinod Chopra who, Mr Bhagat claimed at the time of release, had been unfair to him over writing credits for the film. On Tuesday, he revisited this grievance in an exchange with Anupama Chopra who commented on a tweet from Mr Bhagat asking film critics not to "write rubbish" about actor Sushant Singh Rajput's last film.

In his responding tweet to Ms Chopra, Chetan Bhagat accused her of standing by as her husband allegedly "drove (Chetan Bhagat) close to suicide." Mr Bhagat tweeted: "Ma'am, when your husband publicly bullied me, shamelessly collected best story awards, tried denying me credit for my story and drove me close to suicide, and you just watched, where was your discourse?"

Ma'am, when your husband publicly bullied me, shamelessly collected all the best story awards, tried denying me credit for my story and drove me close to suicide, and you just watched, where was your discourse? https://t.co/CeVDT2oq47

Chetan Bhagat's original tweet is aimed at those he calls "snob and elitist critics." Dil Bechara, starring Sushant Singh Rajput, releases this Friday. "Write sensibly. Don't act oversmart. Don't write rubbish. Be fair and sensible. Don't try your dirty tricks. You have ruined enough lives. Now stop. We'll be watching," Mr Bhagat tweeted, feeding a social media narrative that has blamed critics Rajeev Masand and Anupama Chopra for being unkind about the actor's films in their reviews. Mr Masand, also accused online of having been behind several 'blind items' on the actor, spoke to the police on Tuesday as part of the investigation into Sushant Singh Rajput's death, allegedly by suicide.

"Each time you think the discourse can't get lower, it does," Anupama Chopra commented on Chetan Bhagat's tweet, prompting the response.

Each time you think the discourse can't get lower, it does! https://t.co/yhkBUd8VSQ

3 Idiots became instantly controversial upon its release in 2009. Vidhu Vinod Chopra and director Rajkumar Hirani had bought the rights to Five Point Someone and while the words "based on the novel by Chetan Bhagat" do appear in the film, they are placed in the closing credits rather than the opening titles where Mr Hirani and writer Abhijat Joshi are credited for the story and screenplay. Mr Hirani and Mr Joshi collected the Best Story prize at the Filmfare and IIFA Awards the year 3 Idiots released. In a blog post in January 2010, Mr Bhagat said he was moving on from the matter: "While we maintain our stance on the issue, me and my fans want to move on, and we have."