"Call me everyday," she wrote 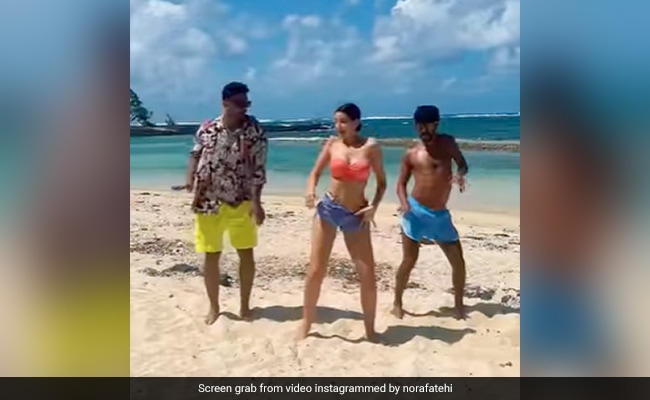 Having a dull day? Don't worry, Nora Fatehi's post will cheer you up. The actress-dancer, on Friday, shared a video of herself “vibing” to Chris Browns' recent song, Call Me Every Day featuring WizKid, in Mauritius. She is having a blast with friends – choreographer Rajit Dev and make-up artist Marce Pedrozo. In the clip, Nora Fatehi is grooving to the track with Rajit and Marce on the beach. It wouldn't be wrong to say that Nora's post sets the weekend mood right. She wrote, “Vibing” along with the name of the song, Call Me Every Day. Nora also added a seashell, a tree and Sun icons to her caption. Rajit Dev, who choreographed Nora in FIFA World Cup Qatar 2022 soundtrack Light The Sky, commented, “We be vibin every day.”

Going by Nora Fatehi's Instagram Stories, it appears that she is celebrating the success of Light The Sky. She headlined the song with renowned female performers – Emirati singer Balqees Fathi, Iraqi singer Rahma Riad and Moroccan singer Manal Benchlikha. In one of her Stories, Nora Fatehi is seen cutting a cake with “congratulations Nora for FIFA World Cup Qatar 2022” written on it. 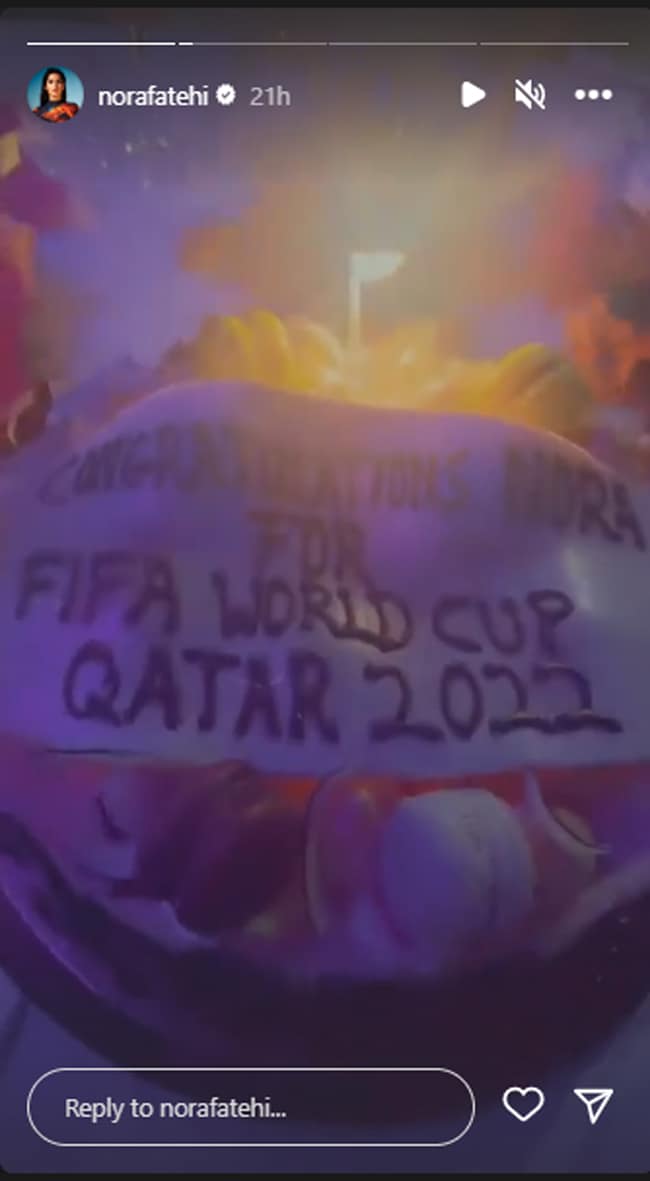 Here, Nora Fatehi is seen vibing to Light The Sky with her friends. The dancer is making the most of her getaway. Nora Fatehi unveiled the Light The Sky soundtrack about a week ago. She looks stunning in the music video. Sharing the video, she wrote, “And, it's out. The official FIFA World Cup 2022 Soundtrack Light The Sky, produced by RedOne (Moroccan-Swedish singer-producer).” Nora, who has Moroccan roots, gave a shout-out to her fellow performers: “Shout out to the lovely girls Balqees Fathi, Manal Benchlikha and Rahma Riad for representing. Girl power.”

Nora Fatehi has been garnering praise for her performance in Thank God song Manike. The film, featuring Ajay Devgn, Sidharth Malhotra, and Rakul Preet Singh, will release on October 25.