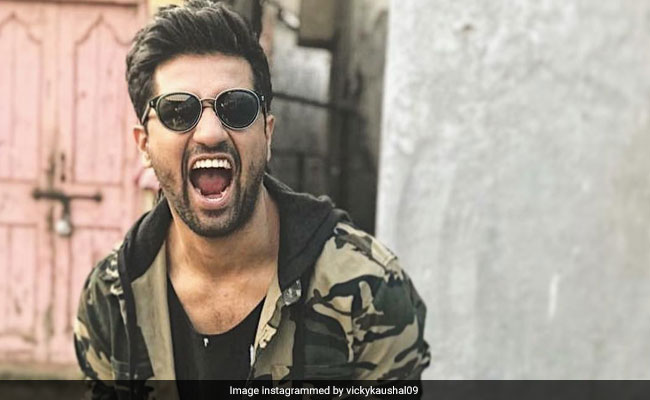 Vicky Kaushal, who will start working on a new film The Immortal Ashwatthama, will learn different forms of martial arts, stated a Mumbai Mirror report. The makers reportedly want Vicky to be prepared before the film The Immortal Ashwatthama goes on floors. A source close to the development told Mumbai Mirror, "Vicky will train in mixed martial arts, with focus on Krav Maga and Jujutsu." The source also revealed that the actor trained for horse-riding for his upcoming film Takht and said that, "It will come handy here too." The source further said, "Lessons in sword and spear fighting and archery are also on the agenda."

Looks like this is not the first time that Vicky Kaushal will undergo intense training. For his last film Uri: The Surgical Strike, Vicky underwent paramilitary training and learnt how to handle ammunition and artillery and also military sign language.

Uri: The Surgical Strike director Aditya Dhar confirmed the news of working with Vicky Kaushal again on a new project in an interview last year with news agency PTI. A spokesperson of the director had shared details of The Immortal Ashwatthama saying, "It is not a period film, it's a superhero action film set in modern times." Ashwatthama is a character from the Indian epic Mahabharata. He is the son of Guru Dronacharya, who fought in the battle of Kurukshetra, for the Kauravas and against the Pandavas.

Vicky Kaushal will also feature in upcoming film Bhoot: Part One - The Haunted Ship. The film marks his debut in the horror genre. Bhoot: Part One also features Bhumi Pednekar and is directed by Bhanu Pratap Singh. It is slated to release on February 21. Meanwhile, Vicky Kaushal has Takht by Karan Johar and a biopic Sardar Udham Singh in the pipeline.