"Vicky Kaushal is a Punjabi na so I'm sure there's some Punjabi connect for sure," said Ayushmann 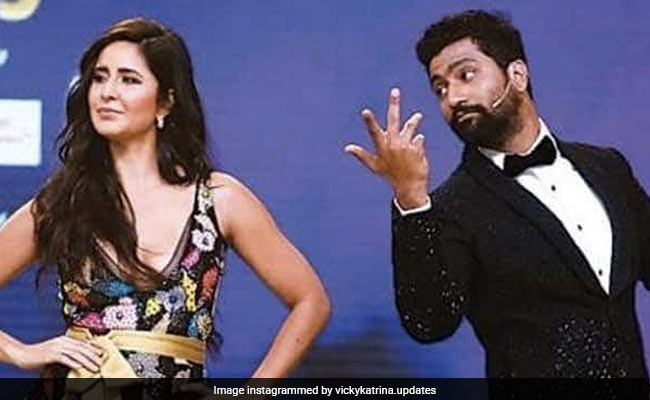 A throwback of Katrina Kaif and Vicky Kaushal. (courtesy vickykatrina.updates)

Katrina Kaif and Vicky Kaushal, who are reportedly set to get married next month, are often spotted on the list of trends. They started making headlines once again after Ayushmann Khurrana's recent interview with RJ Siddharth Kannan. During the interview, Ayushmann was given the names of a actors and was asked what kind of date he would take them out to. When asked about Katrina Kaif, he said, "Listen, I can't dance like her. I don't know man, Katrina Kaif, but ya, Vicky (Kaushal) is a Punjabi na so I'm sure there's some Punjabi connect for sure."

Earlier this year, during Zoom's chat show By Invite Only, actor Harsh Varrdhan Kapoor confirmed that the actors are dating and said, "Vicky and Katrina are together, that's true. Am I going to get in trouble for saying this? I don't know. I think they're quite open about it."

According to a latest ETimes, the actress has shifted her entire focus on her wedding, except shooting for a few commercials, and is coordinating with Vicky Kaushal's brother, actor Sunny Kaushal, and his mother for all the preparations.

Several media reports stated that Katrina Kaif and Vicky Kaushal are set to get married in December. They reportedly got engaged on Diwali at director Kabir Khan's house. As per one of those reports, the duo will get married at a royal palace named Six Senses Fort Barwara in Sawai Madhopur in the first week of December. The rumoured couple will reportedly wear ensembles designed by Sabyasachi.

Vicky Kaushal and Katrina Kaif reportedly started dating in 2019. They went to a Diwali party together.