Vicky Kaushal Is The Perfect 'Fridge Potato' In This Throwback Pic 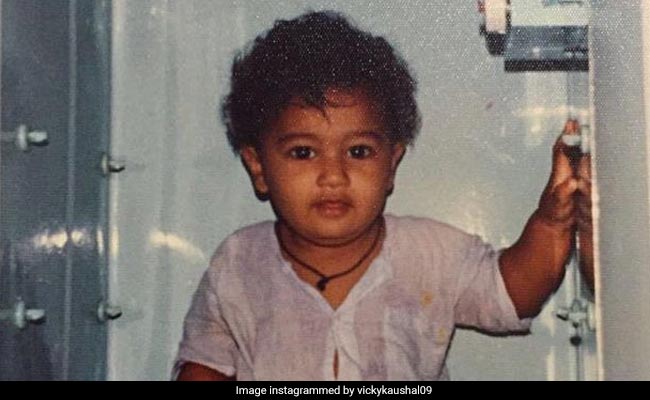 National Award winner Vicky Kaushal's latest post on Instagram will surely make your day. The Uri: The Surgical Strike actor took a trip down the memory lane and dug out an adorable picture of himself and his cute expression is winning hearts on the Internet. Also, what makes this throwback picture unique is the place of the click. In the photo, Vicky Kaushal can be seen sitting inside a refrigerator. Yes, you read it right. Going by the picture, it seems that the 31-year-old actor enjoyed becoming "fridge potato" during his childhood days. Adding the adorable throwback picture to his Instagram diaries, Vicky Kaushal also mentioned the year in which the photo was clicked. "Fridge potato. Circa '88," he captioned his post. Take a look:

Just minutes after Vicky Kaushal posted the throwback picture, his fans on Instagram flooded the post with comments such as "Cutest potato ever" and "Why so cute Vicky Kaushal?" One user wrote: "Be my potato and I will be your fries" while other commented, "The best potato snack I would like to have."

On August 16, Vicky Kaushal shared the first look of his first ever music video Pachtaoge.

#Pachtaoge ... Super excited to share this beautiful song with you all soon. My first music video. Happy to have collaborated with some wonderful artists! @norafatehi @arijitsingh @bpraak @jaani777 @arvindrkhaira @bhushankumar @tseries.official

Vicky Kaushal recently won National Award for Best Actor for his role in Uri: The Surgical Strike. He shared the award with Ayushmann Khurrana, who won it for his performance in AndhaDhun.