Vicky Kaushal Almost Said No To Uri: The Surgical Strikes For Which He Won National Award

Vicky Kaushal said his father told him not doing Uri will be the 'stupidest decision his your life.' 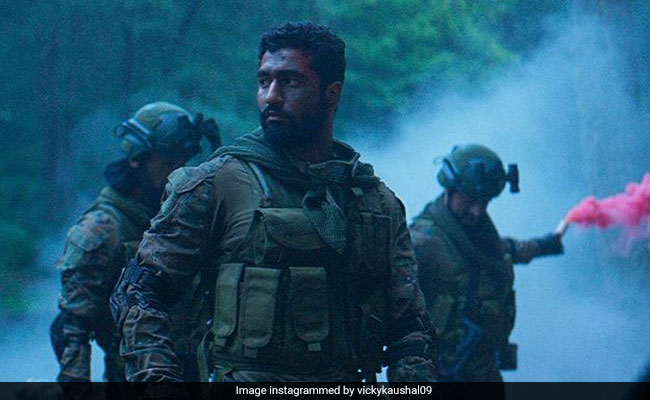 Vicky Kaushal had a career turnaround with Uri: The Surgical Strike- one of the biggest hits of the year and the film which earned him his first National Award - but the actor says he had "almost" turned down the action thriller. Directed by Aditya Dhar, the film was based on Indian Army's surgical strikes across the LoC. Uri featured Vicky as a commander, who leads a group of paratroopers in the surgical strikes following terror attacks on the Indian Army camp in Uri in Kashmir.

"Actually I had almost said no to Uri. I was shooting for Raazi when I got a call from Ronnie Screwvala's team. I was told they're sending me an action film script and that I'm the first actor they're approaching, and plan to make the film now. We were shooting an emotional scene in Raazi, so it was a heavy day. I went back home and I saw the script. Then I wasn't (thinking like) an actor, I wanted to know what had happened because we had seen it in the news," the actor said.

Vicky was in conversation with film critic Rajeev Masand on Friday at the 10th Jagran Film Festival.

The actor said he picked up the script as a book, wanting to know the details of the operation, but because he was tired or was "subconsciously in a separate space", even after reading it for four hours, he couldn't connect with it.

"There was so much technical information involved, the army, the language. For 14 hours that day I was playing a Pakistani major and then suddenly this was India versus Pakistan and I had to be on Indian side. There was something I couldn't connect to," he said.

Vicky went back to shoot Raazi the next day, with the script still lying in his house. It was his father, action director Sham Kaushal, who read the script and asked the actor what he thought of it. "I said I couldn't enter the zone. It took me a long time as usually I finish a script in two hours but I took four-and-a-half hours for this one. He told me, 'If you miss doing this film, it'll be the stupidest decision of your life'," he added.

Vicky then decided to finish his Raazi schedule and then come back to the script properly. "Then I finished it in one-and-a-half hours and felt I was reading it for the first time. I called RSVP and said I want to do this, please don't go to any other actor I will do anything for the film," he said.