'Uri: The Surgical Strike A Very Special Film For Me,' Says Vicky Kaushal

"The way audiences have resonated with the emotion of patriotism, valour and sacrifices of our armed forces has been amazing," said Vicky Kaushal 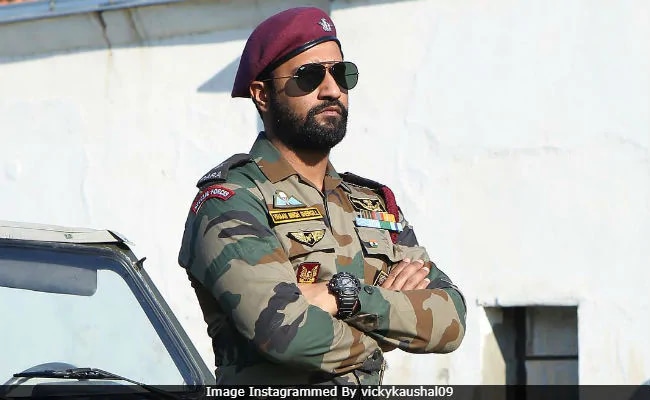 Actor Vicky Kaushal says Uri: The Surgical Strikewill always remain close to his heart. "Uri... is a very special film for me and our idea was to give tribute to the Indian armed forces. The soldiers give up their today for our tomorrow and no words can signify or repay the sacrifices they make for our country," Vicky said in a statement.

"The way audiences have resonated with the emotion of patriotism, valour and sacrifices of our armed forces has been amazing. As artists, that is the biggest takeaway for us," added the actor, who was seen as Major Vihaan Singh Shergill in the film.

Directed by Aditya Dhar, the gritty drama, which traces the real-life events of the 2016 Uri attack and its aftermath, also features Yami Gautam, Paresh Rawal, Kirti Kulhari and Mohit Raina. It will find its way onto the small screen on May 5 on Zee Cinema.

At the moment, Vicky is busy with the biopic Sardar Udham Singh. He will bring alive the story of Udham Singh, who assassinated Michael O' Dwyer, a lieutenant governor of Punjab, in revenge for the Jallianwala Bagh massacre in Amritsar in 1919. Singh was subsequently tried and convicted of murder and hanged in July 1940.

Shoojit Sircar's Sardar Udham Singh is slated to release in 2020.