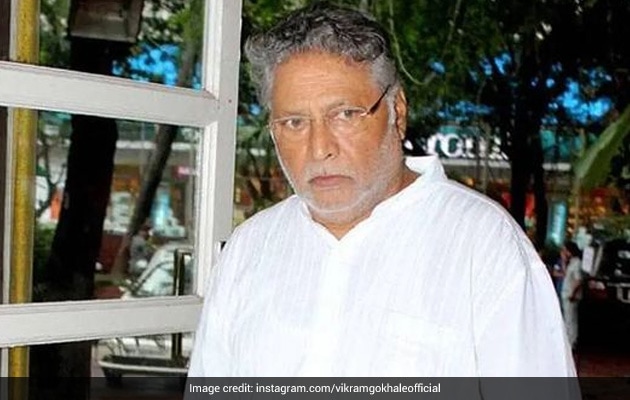 Veteran actor and thespian Vikram Gokhale died at the age of 77 in Pune on Saturday afternoon. "We are saddened to announce that the noted actor Mr Vikram Gokhale passed away today at Deenanath Mangeshkar Hospital due to multi organ failure. Our deep condolences," read the hospital's official statement. The actor had been hospitalised for some time and was on life support. Vikram Gokhale's body will be kept at Bal Gandharva Sabagruha for family and friends to pay their last respects. The actor's last rites will take place at 6 pm at Vaikunth Crematorium in Pune on Saturday.

Earlier on Saturday, the PRO of the hospital where the veteran actor was admitted, had shared an update on his condition and had said that actor's health had "deteriorated." Earlier this week, there were rumours about the veteran's death, which his daughter had refuted.

Vikram Gokhale made his film debut in 1971 with Amitabh Bachchan's Parwana. In 2010, he received the National Award for Best Actor for his work in the Marathi film Anumati. He also forayed into direction with the Marathi film Aaghaat.

In terms of work, the actor was last seen in the Marathi film Godavari. Earlier this year, he was seen in Nikamma, alongside Shilpa Shetty and Abhimanyu Dassani.