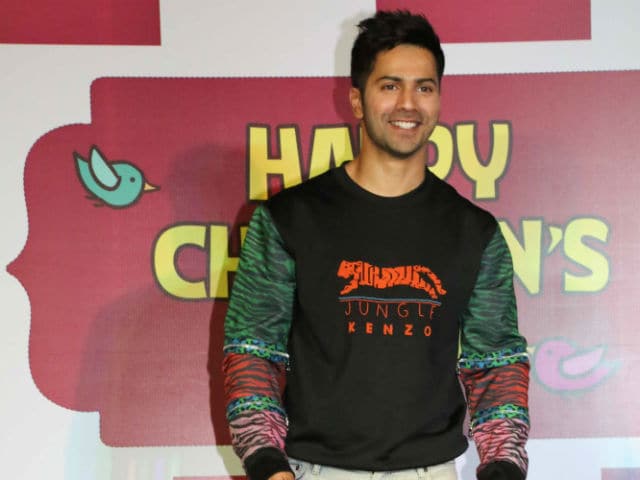 New Delhi: The remake of Salman Khan's Nineties hit Judwaa is gathering steam. Actor Varun Dhawan, son of David Dhawan who directed the original film, takes Salman's place and the female leads have now been revealed. Actresses Jacqueline Fernandez and Taapsee Pannu will romance Varun and Varun, tweeted the 29-year-old actor on Monday. Judwaa, a comedy of errors released in 1997, featured Salman as estranged twins opposite Karisma Kapoor and South star Rambha. David Dhawan also directs the updated version and Salman Khan will reportedly make a special appearance. No other details about the planned film have been revealed so far.

Both actresses announced themselves on Twitter. "Tan tana tan tan tan taara, time to shake a leg with these two rockstars," tweeted Taapsee, referring to the title of the hit song from the original film. Jacqueline, who co-starred with Varun in Dishoom some months ago, tweeted:

Taapsee Pannu was last seen in Pink with Amitabh Bachchan. She appeared in David Dhawan's 2013 film Chashme Baddoor. This is the second film in which Varun Dhawan will be directed by his father after Main Tera Hero.

Promoted
Listen to the latest songs, only on JioSaavn.com
The original Judwaa, one of Salman Khan's big hits, featured a very Nineties soundtrack, with songs titled Oonchi Hai Building and East Or West, India Is The Best apart from the aforementioned Tan Tana Tan Tan Tan Tara, a chartbusting hit.

Varun Dhawan is currently filming Badrinath Ki Dulhania, sequel to his film Humpty Sharma Ki Dulhania, with Alia Bhatt. The actor, who appeared on last night's episode of Koffee With Karan, was last seen in Dishoom with Jacqueline and John Abraham, and had three films out in 2015 - ABCD 2, Badlapur and Dilwale.