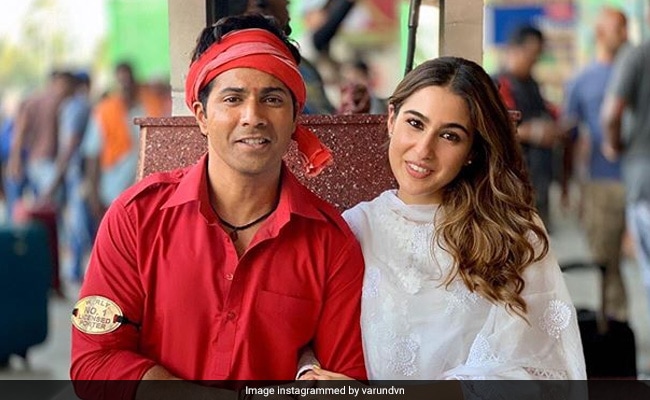 Varun Dhawan reportedly encountered a "one-off freak incident" while shooting a stunt scene on the sets of Coolie No 1 in Pune but was "pulled out" of the situation safely, reported news agency IANS. Varun was shooting the stunt sequence in a car when the doors of the vehicle got jammed, locking the actor inside. A source present at the shooting location described the incident as a "one-off freak incident", highlighting that the film's team rehearsed the stunt sequence several times before going ahead with the shoot. But it "didn't go as planned". Here's what the onlooker told IANS: "Even though the stunt was rehearsed several times under the supervision of the stunt coordinators and all the safety precautions were taken by the director and the producers of the film, things didn't go well as planned. This was just a one-off freak incident."

IANS reported that Team Coolie No 1 were in the outskirts of Pune for shooting the stunt sequence with Varun on Sunday, which required him to be positioned inside a car hanging from a cliff for a few close-up shots. While shooting the sequence, Varun reportedly realised that the doors of the car got jammed with him still inside and he eventually had to be dragged out with the help of the stunt coordinators present on set.

This created a lot of tension on Coolie No 1 sets as the onlooker said that the car was dangerously "balanced on the edge" of a cliff: "What followed was a few minutes of dread for everyone present on the set. It was proving to be all the more difficult given how precariously the car was balanced on the edge," IANS quoted the source as saying, who added that the 32-year-old actor "kept his calm and was finally pulled out with the assistance of a stunt coordinator."

Varun Dhawan co-stars with Sara Ali Khan in Coolie No 1, which is a remake of a 1995 film. The film is being directed by Varun's filmmaker father David Dhawan, who also helmed the original film. Varun has taken over from Govinda as the titular character in the film while Sara has stepped into the shoes of Karisma Kapoor in the remake.