Varun Dhawan and girlfriend Natasha Dalal were reportedly looking forward to a wedding in the summer of 2020 but it has been shifted to November. 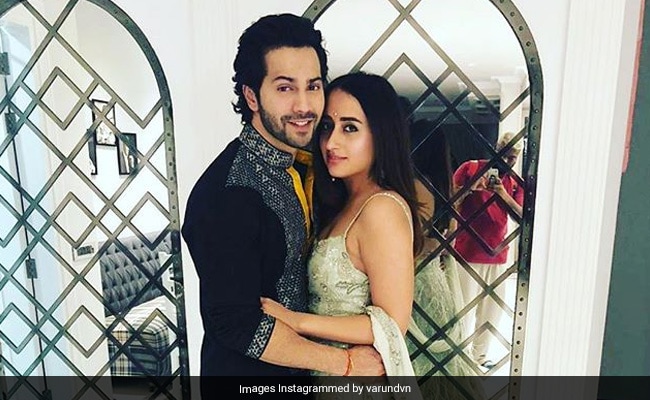 Fans were looking forward to two celebrity wedding in the first half of this year, until the coronavirus outbreak reportedly lead to some reshuffling of plans. As per mid-day, Varun Dhawan and his long-time girlfriend Natasha Dalal were reportedly looking forward to a wedding in the summer of 2020 but it has been shifted to November. "Looking at the current scenario, they have decided to tentatively push the shaadi to November and have reverted to their original choice of destination, Thailand," mid-day quoted the source as saying. The source close to the couple added that the original plan was to have a destination wedding in Thailand but they were even considering a close-knit ceremony in Mumbai: "The initial plan was to have an intimate wedding on a private island in Thailand, but it was scrapped last month in favour of a destination wedding in Jodhpur. Eventually, they called that off too and were considering having a low-key ceremony in Mumbai."

Earlier in February, the Dhawans were spotted arriving at the Dalals' residence for a fam-jam when it was speculated that Varun and Natasha had a hush hush roka ceremony in the presence of just family members. The Coolie No 1actor however dismissed such rumours with a tweet: "Hey guys, before you let your imagination run wild, it was a birthday party. Wanted to clarify before any false news is spread. Cheers." The fam-jam turned out to be Natasha Dalal's father Raju Dalal's birthday party.

Meanwhile, after months of will-they-won't-they, Richa Chadha and Ali Fazal revealed towards February end that they have set a wedding date in April. But a source close to the couple told mid-day that the wedding had to be postponed as they couple are expecting guests from abroad and also because it was to take place in Delhi, which is on a shutdown due to coronavirus. "Many of their guests were to fly in from the US and Europe for the do. Also, the couple was hoping to have their nuptials in Delhi, which is currently on a partial lockdown. So, they think it's best to delay the wedding to later this year," mid-day quoted the source as saying.

Earlier this month, Richa Chadha trended a great deal for posting on her Instagram story, what appeared to be her engagement ring. Ali Fazal and Richa Chadha are said to be have been dating since 2015. They have co-starred in Fukrey and Fukrey Returns.

In India, over 140 have tested positive for the coronavirus.