Varun Dhawan Is Getting A New Look For Remo D'Souza's Film. His Reaction...

Remo D'Souza's untitled film will be extensively shot in UK. The release date of the film has not been announced yet 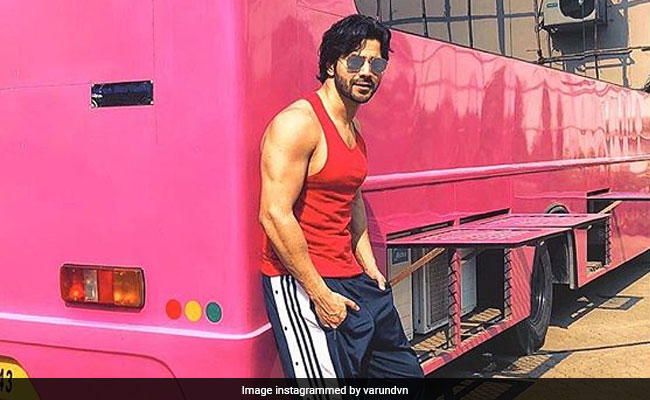 Varun Dhawan, who will start shooting for Remo D'Souza untitled dance film from Wednesday, had to bid adieu to his long tresses for the film. On Tuesday, Remo D'Souza shared a video of Varun Dhawan, which appears to have been recorded at stylist Aalim Hakim's salon before he underwent the hair cut. For Varun, who loves his long tresses, this was a decision difficult to make but he did it all for filmmaker Remo D'Souza. In the video, Varun also shared an instance from when he was 16 and his mother had asked him to cut his long hair and how it had "hurt". "And the journey begins new cut, new look, new beginning thanks Aalim Hakim for the fab look and thanks Varun for trusting us and cutting your locks hahhahahahahha can't wait to show everyone your new look," Remo captioned the video.

And the journey begins new cut , new look , new beginning thanks @aalimhakim for the fab look and thanks Varun for trusting us and cutting your locks hahhahahahahha can't wait to show everyone ur new look :)))) #3 #3iscoming @tseries.official @lizelleremodsouza @varundvn

Varun Dhawan, who recently finished shooting for Abhishek Varman's Kalank left for Amritsar with the cast and crew of his upcoming film on Tuesday. Varun shared several videos on his Instagram stories where he mentions that he is flying to Amritsar for the film. After reaching, Varun had also visited the Golden Temple and shared a photo of himself at the shrine on Instagram. "Waheguru ji da khalsa waheguru ji di fateh," he wrote.

Wrapped @abhivarman motion picture #KALANK last night. It's my 4 th film with @aliaabhatt wow and it always feels like it's new. She's amazing in the film but one thing she's done great is run very well and I'm proud of her lol. She knws she's my favourite but Shanaya,Kavya, Vaidehi and .... wait for it u guys are gonna be as blown away as I was by her.All our fans we work dam hard just to make sure we don't let u down and hope we dont. First time working with Adi,sona,madhuri maam and Sanju sir has been top class. This cast and crew has put in every thing. Also @karanjohar and #sajidsir are the best bosses to have. Get ready for our biggest film and my toughest role #kalank

Shraddha Kapoor, Nora Fatehi, Dharmesh Yelande, Raghav Juyal and Punit Pathak are also part of Remo D'Souza's forthcoming dance film. Katrina Kaif, who was earlier part of the film opted out because her schedule for Remo's film clashed with the ongoing filming of Bharat. "Katrina decided to step out of the film as her dates were clashing with Bharat, which she is currently shooting for. She wishes the team all the best," read a statement issued by Katrina Kaif's team.

The film will be extensively shot in UK. The release date of the film has not been announced yet.