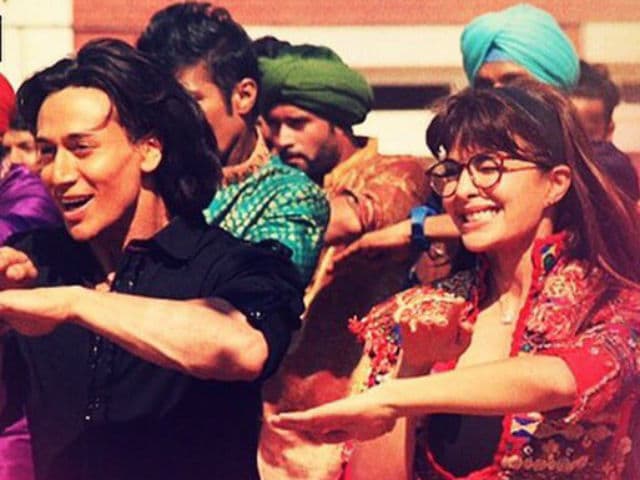 A still from the song Bhangda Pa

New Delhi: Actor Tiger Shroff's A Flying Jatt finally does a Bhangra number but when you have director-choreographer Remo D' Souza at the helm of things, there ought to be a twist.

It is a celebratory number which features Tiger and co-stars Jacqueline Fernandez, Amrita Singh and Gaurav Pandey.

Tiger Shroff's character might be the most inept superhero around but his dance skills are smoother than most, despite being recruited to dance only halfway through the song.

Sung by Vishal Dadlani, Divya Kumar and Asees Kaur, the upbeat song has been composed by Sachin-Jigar. Lyrics have been written by Mayur Puri.

Produced by Shobha Kapoor and Ekta Kapoor, A Flying Jatt will release on August 25.